Any change in CAT (Common Admission Test) 2018 exam pattern will only be considered once CAT committee is done with the performance review of last year’s test, CAT 2018 Convener Prof. Sumanta Basu has said. The Indian Institute of Management (IIM) Calcutta, which is the conducting IIM for CAT 2018, is likely to release the official notification in the fourth week of July. 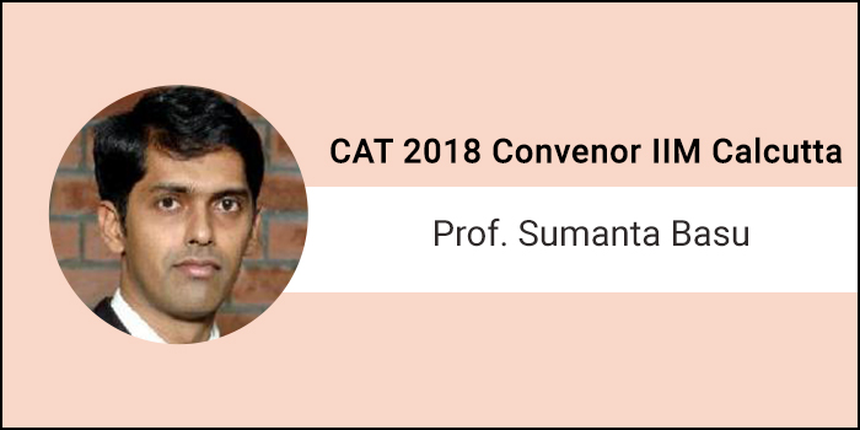 Unlike previous years, IIM Calcutta, the conducting body for CAT 2018 has mentioned the exam date well in advance, which is November 25, 2018. However, despite an advance announcement of exam date, no other information, such as exam pattern, dates, or changes have been shared by the CAT committee. According to CAT 2018 Convener, the clarity on different aspect of the exam is expected along the official notification itself.

Talking to Careers360, CAT 2018 Convener said that the CAT Committee will decide on any change based on analysis of last year’s performance only. Prof. Sumanta Basu, who is also the Admission Chairperson of IIM Calcutta, said, “CAT committee will review the performance of the last year and will see if any change is required or not. As of now, the committee is yet to discuss this issue.”

Prof. Basu also said that CAT 2018 is still under the planning stage and the implementation plans, in terms of the number of windows and slots, release of question paper and answer key are yet to be decided. “Implementation partner will take up this discussion with CAT committee and then we may have clarity in this regard. CAT committee is committed for a hassle-free, effective and transparent examination,” he said.

The CAT officials had released the CAT 2018 exam date on May 10. Likewise last year, Tata Consultancy Service (TCS) would be the online testing partner for the exam. This is the last year of the five year contract for TCS which started in the year 2014 when IIM Indore was the conducting body.

Approximately two lakh candidates are expected to appear for the national level MBA entrance exam which is the gateway to IIMs and many other top B-schools. Last year, out of total 2,31,067 applications, as many as 1,99,632 candidates had appeared for the test.

The result of CAT 2018 is expected to be announced in the second week of January 2019. CAT score will be the first stage filter for admissions to all 20 IIMs and over 100 top B-schools in India.

43 minutes ago
Read More
View All News and Articles