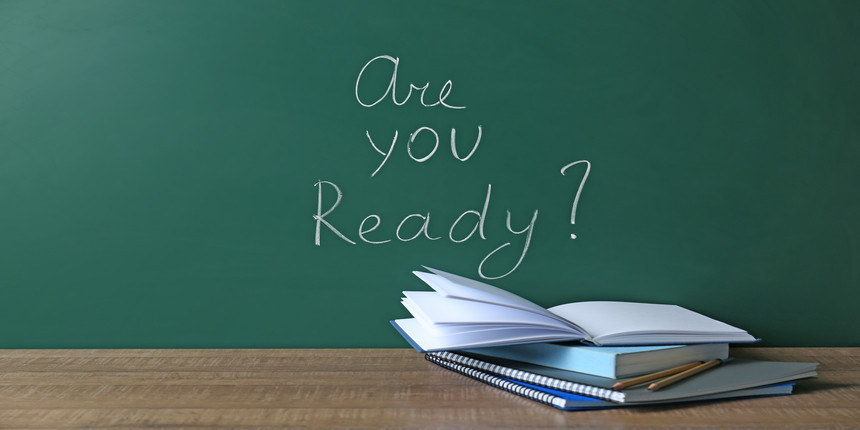 How to Prepare for CAT 2019 in 6 months – With less than six months left for CAT 2019, most of the aspirants have already started to prepare for the test. Although IIM Kozikohde released the notification for July 28, 2019, the exam pattern of CAT 2019 is yet to be announced. Hence, some of the aspirants plan to start CAT preparation only after knowing the final exam pattern. However, experts opine that the preparation for CAT should start at least six months in advance. Even if the exam pattern is not announced, the sections or topics would remain unchanged. Hence, the most common question the aspirants have at the moment is how to prepare for CAT 2019 in 6 months.
Latest: IIM Kozhikode has activated the tab for objection to CAT Answer Key 2019. Candidates can raise objection till December 6, 2019.

Watch video on How to Prepare for CAT 2019

Watch Video on When and how to start CAT preparation

CAT 2019 notification released on July 28. Along with the CAT 2019 important dates, IIM Kozikhode announced the CAT exam pattern. Although the exam pattern hasn’t been changed over the last few years, there is a possibility of a pattern change or introduction of new facets to the test or overall admission process.

IIM Calcutta had convened CAT in 2011 and 2018. In that year, the institute had introduced a number of changes. Instead of three sections, the number of sections was reduced to two by combining four test areas, which are Quantitative Ability & Data Interpretation and Verbal Ability & Logical Reasoning. There were 30 questions in each section. The duration of the test was also reduced to 2 hours 20 minutes from the erstwhile 2 hours 30 minutes. Hence it would not be much of a surprise if the CAT 2019 exam undergoes major changes.

Now we bring the expert and topper tips on how to prepare for CAT 2019 in 6 months.

Be familiar with the exam pattern and syllabus – Although CAT aspirants are aware of the exam structure, it is important to know the syllabus of CAT 2019, in terms of the topics which are primarily asked in CAT. Since last year, IIMs have started releasing the CAT question paper and CAT answer key and by referring to these official documents, candidates will get a fair idea about the areas to prepare for. Even prior to CAT 2017, aspirants could refer to the past CAT analysis to understand what to expect and which topics to emphasise on. As Manek Daruvala, Director, T.I.M.E. mentions, “There is no set ‘syllabus’ for the CAT exam. So, one can never predict the number of questions that may appear from any given topics. However, based on the past CAT trends, one can get a reasonable sense of the ‘importance’ of specific topics and accordingly increase preparation/focus on them.”

Decide among coaching and self-study – While coaching is the most commonly taken path, but not aspirant tread the same route. Aspirants, who are confident of their aptitude and conceptual clarity, or those who had appeared for CAT last year as well, may not enrol for coaching. For instance, Mayank Raj, who secured 100 percentile in CAT without joining any coaching institute mentions, "I started preparing for CAT in July 2017, like five to six months before the exam. I did not go for any coaching classes. I only took a lot of online practice tests and a test series."

Manaswi, CAT 2018 topper who scored 99.14 percentile was of the view that the coaching institute played a vital role in his success. Hailing their effort, Manaswi said, " I have no words to define their contribution. Their faculties were great. After CAT was over, they guided me to prepare early for GD/PI rounds. It's really possible to crack it from self-study, but a good coaching institute shapes your thoughts in the right direction and provides a conducive environment for success."

Another CAT topper who vouched for the importance of expert coaching for cracking the most competitive MBA entrance exam. Shishir Aggarwal, who cracked CAT 2017 with 99.93 percentile says, “I started taking coaching in August. I must say that my mentors played a very big part in my success.” Hence, the CAT 2019 aspirants have to decide whether they want to go for coaching or self-study based on their judgement.

Identify your strengths and weaknesses – In order to understand how to prepare for CAT 2019 in six months, it is important to take a diagnostic mock test after initial preparation. This will help them identify the strong and weak areas. Based on the identification, candidates have to decide the further preparation strategy. At the initial stage of preparation, complete the syllabus for strong areas followed by shifting the focus on weak areas.

As Shikhar Sachdeva, 99.98 percentiler in CAT 2017 shares, “What I did was work on my strong areas early on during my preparation. Later on, I focused my attention solely on my weak zone (LRDI) and developed my own unique strategies that helped me counter it, one of which was to go through all the sets, before I attempted even one question. This helped me prioritise on which question I felt comfortable, and which I wanted to leave.”

Complete the basic preparation to attain conceptual clarity – Irrespective of their strong or weak section, aspirants should complete CAT 2019 preparation in six months. Especially in terms of weak areas, gaining conceptual clarity by going back to basics would be the key to further preparation. For example, if the weak area is Quantitative Ability, candidates may refer to the maths textbooks of Class 8 to gain the basic understanding on the core topics like Arithmetic, Algebra, Geometry, Mensuration etc. Daruvala states, “The most important aspect would be to improve fundamentals (Basic concepts). Focused preparation would be the key during this phase while striving to improve on the fundamentals across areas/topics. Revision would strengthen the concepts that the student has learnt so far and would thereby ensure that the efforts put in so far would not go waste.”

Quantitative Ability – Students have to practice diverse types of applications of class 6-10 concepts. They have to stay focused on the topics that are their strengths and master these topics.

Verbal and Reading Comprehension – Candidatesshouldpractice RC sets of the commonly asked genres and try to read articles and books online to get comfortable with reading lengthy passages on the screen. They should also practice solving the verbal logic questions through selection and elimination method.

Data Interpretation and Logical Reasoning – One need not solve all the sets. Just pick the ones that you are most comfortable with. Regular practice would help you identify the sets that would be suitable for you. Practice LR based DI sets as these are gaining more weightage as per the previous year exams.

Time Management – Preparing a timetable in terms of daily preparation as well as month wise preparation is important in order to maintain a study routine for CAT 2019 preparation in last six months. The timetable will majorly depend on whether the candidate is a student or working professional. Based on the schedule of other major activities, they have to prepare the CAT preparation timetable. Once the plan is finalised, aspirants have to ensure that they follow the timetable. It is not necessary that you have to put major hours of the day for CAT preparation, at least at the initial stage. Ensure that along with the number of hours, you also pay full attention and focus to the subjects.

Kaustubh, CAT 2018 topper who scored 99.99 percentile stated that he began his preparation at the time of his internship and tried to focussed both on self-study and coaching.

Meet Agrawal, 100 percentiler of CAT 2017 was a student while preparing for CAT 2017. He shares his time management strategy as, “I was pursuing Articleship and CA so I was unable to give all my time for CAT preparation. Rather than studying from books or study materials, I focused on taking mock tests and modified my strategy according to the analysis.”

On the other hand, Shubham Abrol, who secured 99.78 percentile in CAT 2017 mentions, “Since I was working, so I had to manage my studies with the job. I quit my job in the last month but the previous nine months that I prepared for CAT while working. I made sure that I give two to three hours a day to my weaker sections, and on the weekends I appeared for mock.”

There are many colleges u can apply woth these scores depending upon the kind of investment you are willing to do and the return on investment you get i.e. placements scenario.

For more colleges through CAT  visit the link:

websites to prep for cat exam with online course material. any recomendations

Hello aspirant. So cat is the entrance exam for admission into IIMs and other bschools for MBA. I would personally suggest to take offline coaching. For the offline coaching, one of the best platforms is TIME

Apart from that, few of the best coaching platforms  are

Hello sir i am preparing for cat exam for MBA so please tell me top 20 B - school with fee structure because i am not able to pay more than 6 or 7 lakh as fees.

Hello pragya,
The cat cut off for NIAM Jaipur is around 65 - 70 percentile for the year 2018 and cmat percentile is around 50 percentile in the year 2019. But it only carries 20% weightage, there is also PI and extempore. And they also give some weightage to work experience too
Hope it helps you. Good luck
Read More
Answer
Answer Later
Report
10 Views

I have scored less than 50% aggregate in bcom. I wanted to know is there any reputed mba college accepting such score?

As per the eligibility criteria of top B-schools the minimum marks required in aggregate in qualifying examination is 50% for general category and 45% for reserved categories. However, with an aggregate of less than 50% in graduation it is difficult to aim for top b-schools like IIMs, S.P.Jain, Xavier and Symbiosis. However, to notch for other top bschools you will be have to outperform in GD-PI process of colleges.