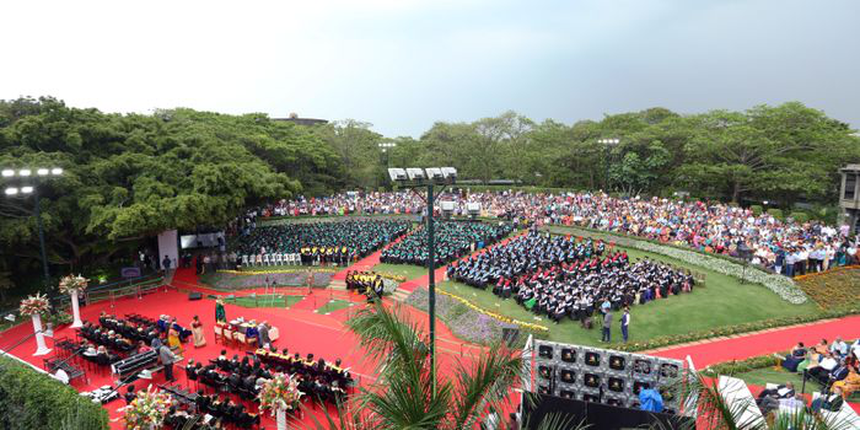 The convocation ceremony was conducted in the presence of the chief guest Shri Ajay Piramal, Chairman, Piramal Group and Shriram Group, Professor G. Raghuram, Director, IIMB, Board members including Shri N S Raghavan, and members of the faculty. Prof. Raghuram, in his speech, made special mention of the Fellow Programme and Post Graduate Programme in Enterprise Management. He said, “This is the third year in succession – a hat-trick—that we have 20 students graduating from the Fellow Programme. This year is also very special for our Fellow Programme as the 250th student just graduated. I would also like to mention that our Post Graduate Programme in Enterprise Management celebrates 20 years and has just graduated 1500 executives.”

Board member and patron of NSRCEL (IIMB’s incubation hub), NS Raghavan in his address, highlighted the initiatives on gender diversity. He informed, “In both PGP and EPGP at IIMB, women constitute almost 30 percent of the class.”

In PGP (Batch 2016-18), Pratik Anand, Umang Mehta and V Vageesh received the gold medals for the first rank, second rank and best all round performance, respectively.

From PGPEM (Batch 2016-18), the gold medal for the first rank and for best all round performance went to Gaurav Kumar and Sunil Kumar Vaya, respectively.

In EPGP (2017-18), Pragya Dalmia has won the gold medal for the first rank, while Jigar Doshi has won it for best all round performance.

The evening drew a conclusion with the inspiring address of the chief guest, Ajay Piramal.

IIM Bangalore Admission Criteria 2021 - Know all about the IIM...

IIM Bangalore Fees and No. of Seats - Check out the complete f...

No, you will not  eligible for IIM Bangalore because you dont have work experience after complete your graduation. IIM Bangalore having some criteria to take admission, such as Bachelor's degree (minimum 50%) in any discipline as per the 10+2+3 norms with Minimum 4 years work experience in any industry after the Bachelor’s degree.

Apart from that i have shared a link with you where you will get all information regarding eligibility ,admission procedure and many of IIM Bangalore and you can refer it .

Hope it will helpful

Do people who have less than 90 percent in 12th get admitted in IIM Bangalore? If anyone could please guide. Regards, Snehansh

Yes they have! What matters the most is your overall profile not one or two features of it. There is no bar that people with less than 90% marks can not be admitted. It only depends on how much you are able to impress them with your overall profile. Try to highlight your work experience if any. It will benefit immensely. Interviewers need to see that seal within you to excel.

Your IIM Bangalore brochure has been successfully mailed to your registered email id .