CAT 2018 receives above 2.41 lakh applications; over 4 per cent increase from last year 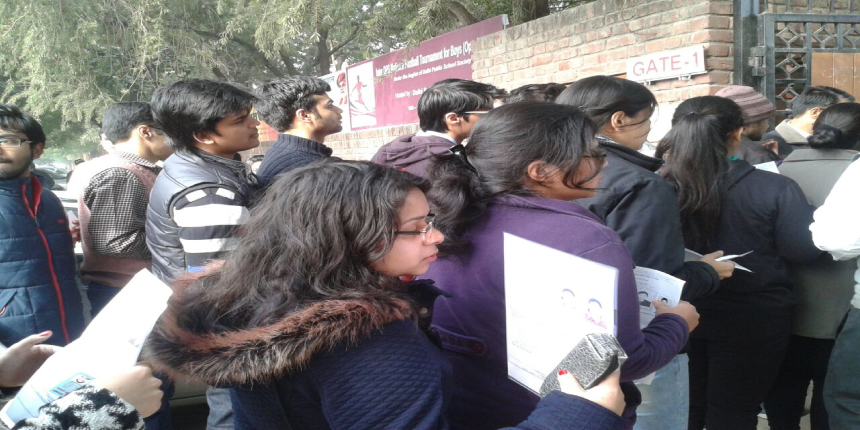 Lack of application form editing option compelled several candidates to apply again by using a new email address and mobile number which ultimately resulted in increased application number, which may not indicate a very positive trend. Stating the probable reasons for candidates having to re-apply, Ankur Jain, Chief Knowledge Expert, T.I.M.E. says, “Many candidates fill in wrong details in the marks columns of Xth, XIIth and Graduation. Many universities use their own formula for computation of percentages and while CAT allows that to be taken into account, it creates confusion in the marks of Xth and XIIth. CAT does not take into consideration the Board's computation and uses ALL the scores on the mark sheet to arrive at the score. Many students use the same criteria for BOTH school and college. CAT should make instructions more clear and/or allow editing of scores of Xth and XIIth. Many students fill the form incorrectly on their own, discover their mistakes later and they are forced to fill a second form simply because they cannot edit their scores.”

Commenting on the trend of candidates skipping CAT, Arks Srinivas, National Head, MBA Prep, Career Launcher says, “It is normally around 10 per cent to 12 per cent of the students who skip the test and that is very normal. However, the intention to do MBA is clear even in these students and they come back next year or the year later. Mostly the students drop out of writing the exam, as more often than not, students skip the test as they are not prepared for the same and don’t want to see a low score for themselves.”

Last year, the total number of registrations received for CAT 2017 was 2,80,000, of which 2,31,000 candidates had paid the application fee. According to Prof. Neeraj Dwivedi, CAT 2017 Convenor of IIM Lucknow, around 20,000 applications were added during the extended application window.

Compared to last year, there is around four per cent increase in the number of CAT 2018 application, which in itself is not a massive increase. However, experts believe that a positive trend is underway. As Srinivas says, “While the number is not a huge increase from the last year applications of 2.31 lakh, it is clearly a trend wherein people are considering MBA as a real option. Many more students actually write the other exams including GMAT and hence I believe it is good for the industry.” He also adds, “The economy is growing and India is poised to become the fastest growing economy, hence doing an MBA is absolutely the right thing to do now. Hence, each and every one of them who has applied to CAT should give their best in the next few weeks to ensure that they get into the coveted IIMs and other top B-schools and make a lucrative management career for themselves.”

Resonating the thought, Jain mentions, “This number is marginally higher than the last year's number and indicates a growing body of people who are interested in the field of MBA. MBA remains one of the hottest careers both in India and abroad and these numbers indicate the sustained and growing interest in the field of management education.”