We wish to retain the positive changes brought during past years, CAT 2017 Convenor on exam pattern

CAT 2017 Convenor on Exam Pattern – Before the announcement of CAT 2017, aspirants were apprehensive about the exam pattern and the changes to be introduced. However, they were pleasantly surprised to find out that the exam pattern of CAT has remained same as last year. After bringing major changes and introduction of features like calculator and non-MCQs in the year 2015, the pattern has reached a stable stage. What are the factors which have made the CAT 2017 conducting body continue with the existing pattern? Careers360 explores. 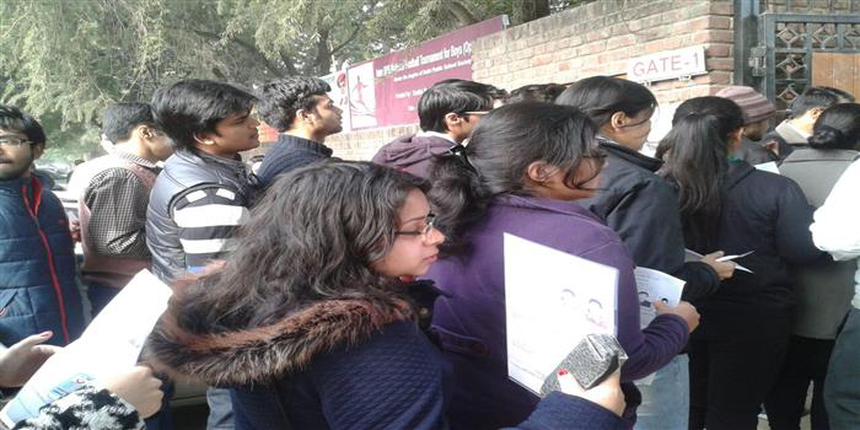 Talking about continuing the exam pattern as last year, Prof. Neeraj Dwivedi, CAT 2017 Convenor says, “The current pattern of test has evolved over time, based on the feedback on the past few years’ experiences with the test pattern, we find it serving the purpose well. We wish to retain the positive changes brought about during the last few years.” Prof. Dwivedi’s claim is evident from the fact that the number of CAT applicants is on a rise from the past two years. Last year, the number of applicants was a seven year high, i.e. 2,32,434. The following infographic brings to you the year wise application and number of test takers.

As per the current CAT exam pattern,  the exam is of three hour duration test with three sections, namely, Verbal and Reading Comprehension, Data Interpretation & Logical Reasoning and Quantitative Ability in the given pattern. Each section is of one hour duration where candidates cannot move to and fro between sections. The table below brings to you detailed structure of the test.

Prior to 2015, CAT had these three sections, but there was no sectional time limit. Neither there was on-screen calculator, nor there were questions without answer options, or non-MCQs. Although the sectional time limit is not entirely a new feature as IIM Calcutta had introduced this in the year 2011, the other aspects like calculator and non-MCQs are new additions. The following table will bring to you the evolution of CAT pattern from 2009, when it went computer based.

Is CAT a balanced test?

Experts claimed that the exam pattern is more conducive for candidates belonging to engineering background since the weightage is more on the Quant section. Also, such candidates attempt majority of the questions from QA and DI & LR sections to ensure a high score and avoid the VA section, which in turn becomes a skewed performance. In order to ensure an even performance, IIM Calcutta in 2011 combined the sections Verbal Ability with Logical Reasoning and Quantitative Ability with Data Interpretation so that candidates attempt a balanced number of questions from each area and avoid skewed performance. Each section was timed to one hour and 10 minutes. The order of the section was also decided by the exam authorities.

This particular pattern was followed till 2013. In the year 2014, IIM Indore, the convening institute for CAT decided to bring slight changes in the pattern by increasing the number of questions and duration of the test to 100 from 60 and 170 minutes to 140 minutes respectively. Moreover, the sections were no more time bound and candidates could move to and fro between sections.

Major changes were announced in the year 2015 by IIM Ahmedabad where the exam pattern underwent major overhaul. Although the number of questions remained 100, the sections were divided into three, from erstwhile two. Verbal Ability, Data Interpretation & Logical Reasoning and Quantitative Ability were the three sections of CAT, carrying 34, 32 and 34 questions respectively. The duration was increased to 180 minutes or three hours from the erstwhile 170 minutes. The sections were again made time bound with one hour duration each. Moreover, test takers were also presented with an on-screen calculator for simple mathematical computations and non-MCQs or Type In The Answer (TITA) questions which does not carry any answer options. The non-MCQs are devoid of negative marking scheme. The pattern has been continued since then.

Allaying the general notion of CAT being an engineering-student friendly exam, Prof. Dwivedi states, “This is only a perception. CAT is a balanced test which gives equal opportunities to candidates from all disciplines/backgrounds/genders, who have done equivalent level of preparation. The test does not give any specific advantage to candidates from any particular discipline/background/gender. Every question is carefully reviewed to ensure that it is academics and gender neutral.”

Although earlier CAT was conducted in a 20 day window, it was reduced to two day window in the year 2014, which was further reduced to a single day two slot test from 2016 onwards. CAT 2017 will be held on Sunday, November 26, 2017 in 140 cities across India in forenoon and afternoon slots.