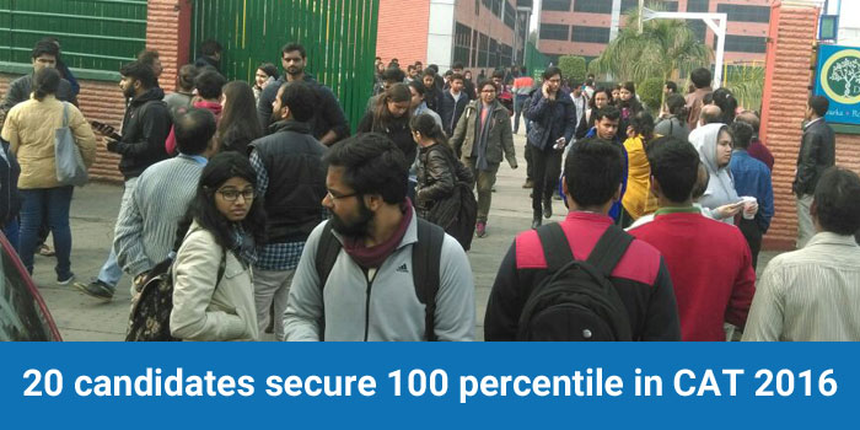 Yash Choudhary from Pune and Avidipto Chakraborty from Kolkata are two of the CAT 2016 100 percentilers. Yash is a final year B.Tech student of College of Engineering, Pune. Avidipto is a student of BITS Pilani Goa campus.

As per the analysis of CAT 2016 result, the number of candidates who got overall less than zero marks in CAT 2016 is more than 14,000, which is about seven per cent of the total test takers. Over 56,000 candidates out of total 1.95 lakh test takers scored zero or negative marks in Data Interpretation and Logical Reasoning (LR) section. Also, more than 37,000 candidates failed to secure any positive score in Quantitative Aptitude Section.

IIMs will start announcing the shortlist of candidates from the third week of January, 2017.  The shortlisted candidates will have to appear for the Writing Admission Test (WAT) and Personal Interview (PI) rounds conducted at IIMs and other CAT participating institutes. The selection rounds are likely to be conducted from February to March, 2017. The academic session for MBA/PGDM batch of 2017-19 will commence from July 2017.

IIMs! Can you justify non-disclosure clause for CAT?

Open Letter: IIMs! Will you bring transparency in CAT?

Stay tuned to bschool.careers360.com for more news and updates on CAT 2016 Result.