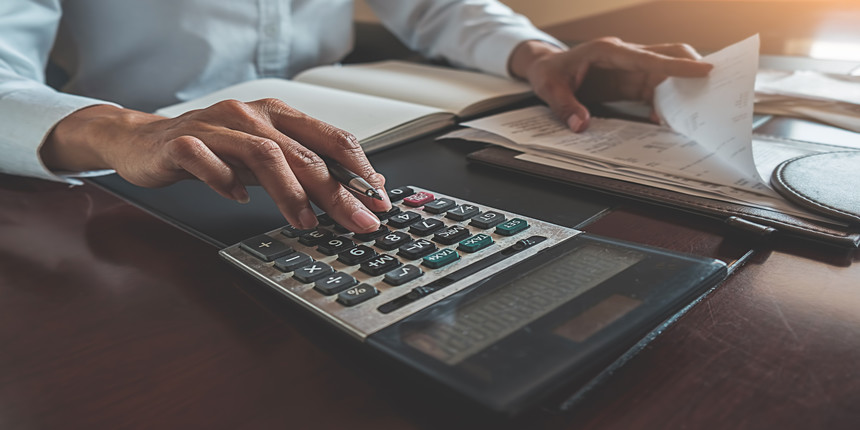 CAT Normalization Process 2019 - IIM Kozikhode released the process for normalization for CAT 2019. The steps that are to be followed help in the calculation of overall and sectional percentile scores which are obtained by the candidate. Normalization process will change for location and scale differences of score distributions across different forms. IIM Kozhikode conducted CAT exam 2019 on November 24. In the CAT normalization process 2019, students are scaled on the basis of location, test slots and scale differences, etc. The normalization process is an established practice for comparing candidate scores across multiple Forms and is similar to those being adopted in other large educational selection tests conducted in India, such as Graduate Aptitude Test in Engineering (GATE). The CAT 2019 result will display the scaled scores for each section along with percentiles. The practice is followed in order to equate the scores and ensure that none of the candidates from either slot be in an advantaged or disadvantaged position. This process is used for almost all the entrance examinations that are held in multiple slots.
LATEST: Download CAT 2019 result by entering User ID and Password.

What is CAT Normalization process 2019?

The official website explains the CAT 2019 Normalization as “CAT 2019 will be conducted in two slots. Two different Test Forms shall be administered in two Test Slots. In order to ensure integrity and equity in comparison of candidates' performances across different test slots, the scores of the candidates shall be subjected to a process of Normalization. The Normalization process will adjust for location and differences of scaled score distributions across different forms. The scaled scores obtained by this process will be converted into percentiles for purposes of shortlisting the candidates.

Steps to Calculate the Scaled Score of CAT 2019

Following steps are followed to calculate the scaled score of candidates in each of the three sections i.e. QA, VARC and DILR in CAT 2019. An overall scaled score is obtained by adding scaled scores of these three sections. While illustrating the scaling process, the QA section is chosen as an example. A similar process is valid for the other two sections, i.e. DILR and VARC.

Step 1: Calculate the mean and the standard deviation (SD) of the raw scores in QA sections for all candidates appearing in the forenoon session.

Step 2: Calculate the mean and the standard deviation (SD) of the raw scores in QA sections for all candidates appearing in the afternoon session.

Step 3: Calculate the mean and the standard deviation (SD) of the raw scores in QA sections for all candidates appearing in CAT (i.e. Including both forenoon and afternoon session).

Step 4: Calculate the mean raw score in the QA section of the top 0.1% candidates in the forenoon session and denote it by M1^0.1.

Step 5: Calculate the mean raw score in the QA section of the top 0.1% candidates in the afternoon session and denote it by M2^0.1.

Step 6: Calculate the mean raw score in the QA section of the top 0.1% candidates appearing in CAT (i.e. Including both forenoon and afternoon session) and denote it by M^0.1.

Suppose now ABC is a candidate who appeared in the Forenoon session and her/his raw score in QA section is R. Then, the scaled score of ABC in QA, say R is given by:

In case ABC is a candidate who appeared in the afternoon session and her/his raw score in QA section is R. Then, the scaled score of ABC in QA, say R is given by:

Note: Similarly methodology applied for computation of scaled score for other sections (DILR and VARC)

How to Calculate CAT Percentile 2019

IIM Kozhikode, the conducting body of CAT 2019 on September 16 has released the process of how to calculate CAT percentile 2019. The process has been explained in detail with examples along with the formula to calculate CAT percentile that will be used officially. CAT exam is in two sessions, the normalised score obtained by students will be converted into percentile to arrive at the rank obtained in the exam. With normalization and percentile scores in the offing, it is imperative that students understand how their CAT percentile will be calculated and ranks allotted to them on the basis of these. In order to calculate the score, there is need to take into account the total number of candidates (N) who appeared in CAT in both the sessions. Higher rank will be accorded to those candidates who score more marks in the quantitative ability section. If two candidates score same marks in the QA section, then in such a case both of them will be accorded Rank 1 and the candidate who scores the second highest scaled score in the QA section they will be accorded third rank and so on. The percentile score will be calculated on the basis of the following formulae. After the formula is implemented, there is need to round off the calculated percentile score (P) of a candidate upto two decimle points.

IIM Kozhikode has announced CAT 2019 result on January 4. The result mention the names and details of the candidates on the basis of their performance in the exam. In addition, the scaled scores for each section (Verbal Ability and Reading Comprehension (VARC), Section II: Data Interpretation and Logical Reasoning (DILR), and Section III: Quantitative Ability (QA)) and Total along with the percentiles shall be mentioned. Candidates who qualify must apply to the institute of their choice for admissions on the basis of their CAT scores.

is there any scholorship available for cat top scrores

GITAM Hyderabad Business School has no scholarship facilities for students who have been toppers. CAT is not only the entrance exam that is accepted in this college so CAT toppers or any exam toppers for MBA entrance exam do not get any scholarships. But Gitam College, Visakhapatnam offers merit scholarships and you can check them at: https://gim.gitam.edu/admissions/merit-scholarship