CAT vs GMAT: Choosing the Right Test for You in 2020

CAT vs GMAT: Choosing the Right Test for You in 2020 - A common dilemma for MBA aspirants is choosing between CAT and GMAT. Here’s an attempt to help you understand which exam to choose. Read the complete article below to know more. Each year there are thousands of applicants who are in a conundrum when it comes to opting either CAT or GMAT. It is a major decision for them because giving these exams tests opens doors to a number of opportunities for the aspirants. However, it has been noticed that there is a predicament that the applicants face as to which test to sit for and which one they have a better chance of clearing. These exams take place to weed out those who are not ready for the gruelling MBA programme. So before they finalize the exam, it is important for them to know what these two exams offer. They need to know certain details of both these exams.
Latest - Know about CAT Mock Test 2020. Candidates can download CAT 2020 admit card from October 28. 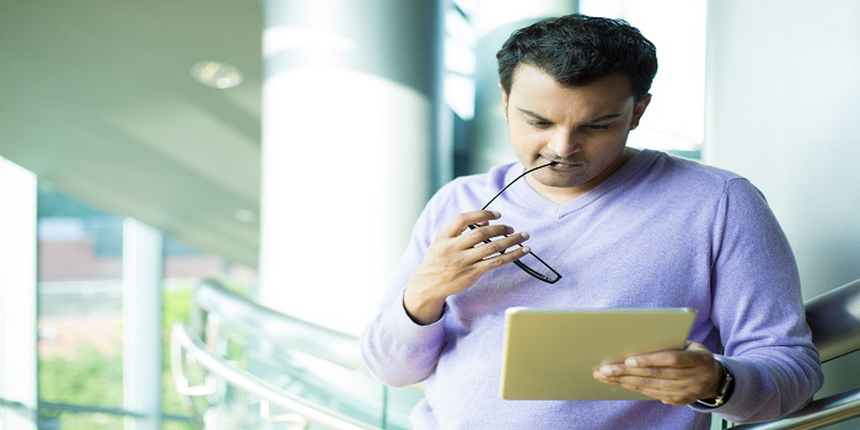 GMAT can be given a number of times throughout the year, whereas CAT can only be given once a year. CAT leaves no space for flexibility. In GMAT you can take the exam five times a year. This gives room for flexibility, as applicants can choose the date when they want to give GMAT.

Another distinguishing factor between the two tests is how they probe an applicant. CAT examination focuses more on interpreting data and quantitative analysis. On the other hand, GMAT focuses more on analytical skills and verbal reasoning. Applicants need to understand that companies which recruit MBAs are looking for people who have good communication skills, critical thinking and leadership.

This is a major differentiating factor between the two examinations. A CAT score is valid for only one year. There are a few institutions that consider an applicant’s CAT score of the previous year. On the other hand, an applicant’s GMAT score will be valid for five years. Again as far as flexibility is concerned, GMAT is more adaptable.

CAT score is accepted by IIMs and other B-Schools. Applicants need to remember that CAT at its very core is Indian education-centric. So if they are looking to get an admission in one of the Indian B-Schools, CAT is the right exam to take.

GMAT score is accepted by Indian as well as B-Schools across the world. In other words, an applicant has more options to choose from. Just because the number of B-Schools increases, it doesn’t mean that the quality reduces. On the contrary, the quality of the B-School also increases. Top B-Schools such as Harvard Business School, Wharton, and Stanford all accept GMAT scores, adding to its value.

When it comes to CAT, admission to the college of choice is not easy. Only a handful of applicants get the colleges they want. Because the number of applicants is a lot and the seats less, the Government of India has even opened a number of IIMSs across the country in the past few years. Till 1996, there were only six IIMs in the country, the first ones being established in 1961. Now there are 20 IIMs in the country out of which seven have been established in the past three years.

If we talk about GMAT, it is much easier for the applicants to get the college of their choice. The main reason for this is that B-Schools across the world accept GMAT scores. Moreover, even IIMs have started accepting GMAT scores. Because B-Schools are spread out across the globe when it comes to GMAT, applicants have more options to choose from.

Sameer Kamat who is the founder of MBA Crystal Ball, a management admission consultancy and Careerizma, says, “As a thumb rule for applicants who have less than two years of experience, CAT is a better option since GMAT MBA programmes expect more experience (five years is the average experience in top B-Schools). Having said this, I strongly believe that MBA students can extract better value from the degree only if they have spent enough time (three-four years) understanding how the corporate world works at the operational level. Without that exposure, a highly practical course such as MBA can end up being another theoretical experience.”

Sameer also said that over the past few years it has been noticed that an increasing number of MBA graduates from India (including the top tier institutes) have been approaching them for help with their second MBA applications. The primary reason they cite – their first MBA degree happened too early and it did not deliver what they were expecting. According to Sameer, it is a colossal waste of the first opportunity, not to mention time, energy, and money. Imagine putting in double the effort and time, and a significantly bigger investment pursuing the same degree twice. He feels that whether aspirants go for CAT or GMAT, it is best to do it once (whether in India or abroad), and make the most of it.

Cost is the single most decisive factor which makes CAT a better option than GMAT. Although CAT is held only once a year, the examination fee is mere Rs. 1,800. If you compare it with GMAT then the cost of the examination is $250 or Rs. 16,000 (per attempt). Pursuing MBA in India is cheaper than pursuing MBA from an overseas university. For applicants who want to pursue their MBA in India, CAT is a good option, but if he or she wants to apply to a foreign university and is willing to spend the money, then they should opt for GMAT.

Format of the test

This is again one area where these two exams differ greatly. GMAT is more of a computer adaptive test. This indicates that CAT will adjust to the level of difficulty based on your performance of the previous question. For example, if you answer your 1st question with ease, your next question will be relatively difficult. The level of difficulty will keep on changing according to your caliber. On the other hand, if you are unable to answer the question, your next question will be an easy one. Coming to the CAT’s format, it is linear. CAT questions are picked on a random basis from a question bank and you have the option of not answering the question.

What is the difference in calculation of scores?

Another major difference between the two is that how scores are calculated in both these exams. CAT is scored in percentile, while GMAT is absolute. Your CAT percentile depends on how others have also scored in the exam. In GMAT irrespective of how other applicants perform, if you do well in the exam, you will get a good score.

Over the past few years, it has been observed that the number of applicants for both the tests has been on a steady rise. The number is almost the same for both the tests. This makes it difficult for the person to get the college of choice more complex in CAT because the number of colleges is significantly lower than that of GMAT. It is simple, more students compete against each other for fewer seats.

In the end, it is totally up to the applicants which exam they want to sit for. Applicants should choose the exam which is more appropriate for them.