Know CAT Evolution Over the Years: Changes in CAT Exam Pattern in Past 10 Years

CAT Evolution Over the Years - One of the most prestigious exams, Common Admission Test, CAT, has evolved over the years in terms of mode of examination, number of questions, registered students, exam pattern and so forth. Some of the prominent CAT changes over the years are, the number of exam slots increased from two to three and the questions were decreased to 66 from 76. 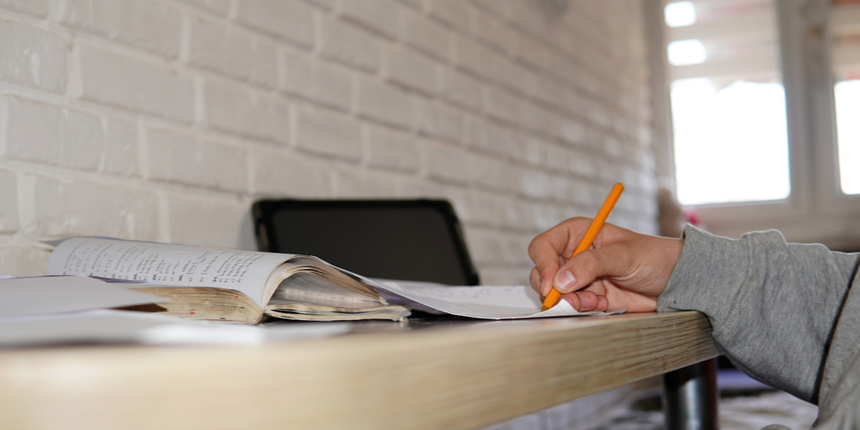 With different IIM conducting CAT exam, there were major changes in CAT pattern. The distribution of questions in each section was different. It has been observed that IIMs over the past few years have introduced several changes, therefore Careers360 brings to you the CAT evolution over the years to keep candidates in track with the changes and changes that might appear in coming years. Let’s take a closer look.
Read more-

The table below states the number of slots and windows in which the CAT was held over the past few years. Since 2015, the CAT exam pattern has upheld to a great extent. The exam is also now held in a single day in three slots i.e. Morning, noon and evening. Let us see what CAT now unveils.

CAT Registration trend over the past 13 years

Number of registrations over the years

CAT Evolution Over the Years

It was in 2009 that for the first time the CAT was held in computer-based mode or online mode. To get acquainted with the online test, it was the biggest challenge for the test takers. Before 2009 the exam used to be conducted in paper-based mode, wherein the students used to mark their answers on the OMR sheet.

In 2011, IIM Calcutta conducted CAT. The authorities deducted the number of sections in CAT from three to only two sections. The two sections were a combination of 2 subjects each:

However, the number of questions remained the same that is 60. Each section consisted of 30 questions.

With the reduction in the number of sections, authorities imposed the section-time limit to attempt a particular section. This change was welcomed by the students as it helped them in effective decision making and reduced the chances of wasting time on a particular question.

With the introduction of on-screen calculators, it came as a relief to the candidates of CAT in solving Mathematical problems.

This year again saw the change in the completion of the exam pattern of CAT in the following ways:

In 2019 several changes were introduced in the application process of CAT:

CAT Pattern changes over the years

Related topics- How To Crack CAT 2022

Question: Will there be any changes in the exam mode of CAT 2022 due to the pandemic?

Now, the test was conducted as a computer-based test only.

Question: How many candidates appeared in CAT 2021?

Question: Will CAT pattern change in 2022?

No, it will be the same to CAT 2021. The exam pattern of CAT 2021 was altered with total 66 questions and the duration of the exam was reduced to 120 minutes, shortening the time duration to 40 minutes per section.

Question: What score is 99 percentile in CAT?

Question: Are there chances of CAT getting postponed?

There is no update regarding CAT getting postponed as the notification for CAT 2021 has not released yet.

Question: Will CAT be held online?

CAT exam 2022 was conducted in online mode at multiple exam centres in 151 cities across India.

Question: Who is CAT 2022 conducting body?

CAT 2023 is conducted by iimcat for MBA Entrance exam for MBA ...

IIM will not release CAT exam syllabus 2023 for MBA admission....

neetpg 2022 rank is 87k,st cat ,any possibility to get MD/MS seat in mp gov medical colg?

Hey,
That's a too far rank...may be you could achieve seat in a private college...
To know rank college predictor, check out the link provided
https://medicine.careers360.com/neet-pg-college-predictor?utm_source=qna&utm_medium=neet_pg_cp
And also stay updated through careers360.
Hope it helps .
Read More
Answer

Do we have any fees concessions in Mba by clearing exams like CAT, GMAT ETC

No. We don't get any fees concessions by clearing these entrance exams. Although if you have scored extremely well both in your entrance exams as well in your undergraduate, then you might get a scholarships from the universities. You can also apply for other outer scholarships that are given to the students that have good scores and talent.

Hi, what percentile an NC-OBC female candidate should aim in CAT 2022 to get into IIM Ahmedabad? My profile is : 95/97/83. And I am from Arts background.

See since you are from arts background, and you also have a good academic record (barring your graduation percentage), so you can get a call for interview even a slightly lower percentile.

According to the previous trends, you can easily get into IIM Ahmedabad even at a percentile in the range of 92 to 95, which is a safe estimate for your admission in the OBC NCL category.

Hope I have answered your question. All the best!