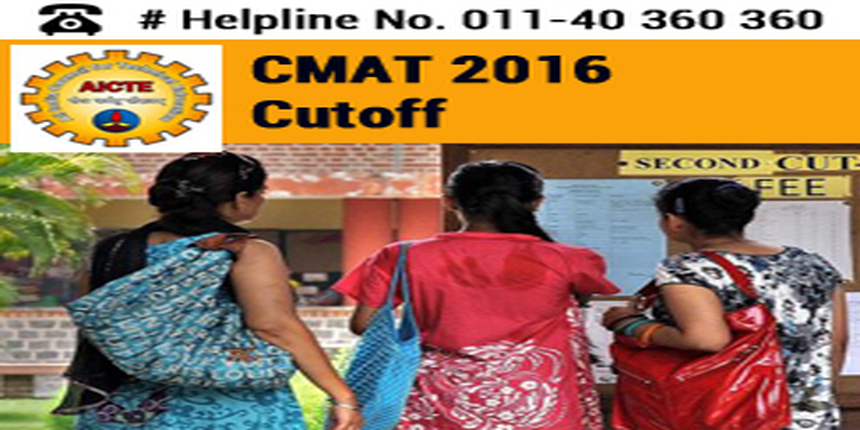 The CMAT 2016 Cutoff will be announced after the test which has been conducted on January 17, 2016. On the basis of the Cutoff for CMAT, the B-schools will shortlist the candidates for the further rounds of the selection procedure, known as GD- PI rounds.

Below table presents expected CMAT 2016 Cutoff for some of the participating institutes. The cutoff is based on the CMAT February 2015 cutoff marks,

Till last year, CMAT used to be a bi-yearly exam conducted in February and September in a 4-day window. In 2015, CMAT was conducted till February and the CMAT September 2015 exam was scrapped. AICTE had announced that CMAT will be conducted once a year in January from 2016. The exam is taken by over 70,000 candidates across India and the scores are accepted by around 1000 B-schools approved by AICTE.