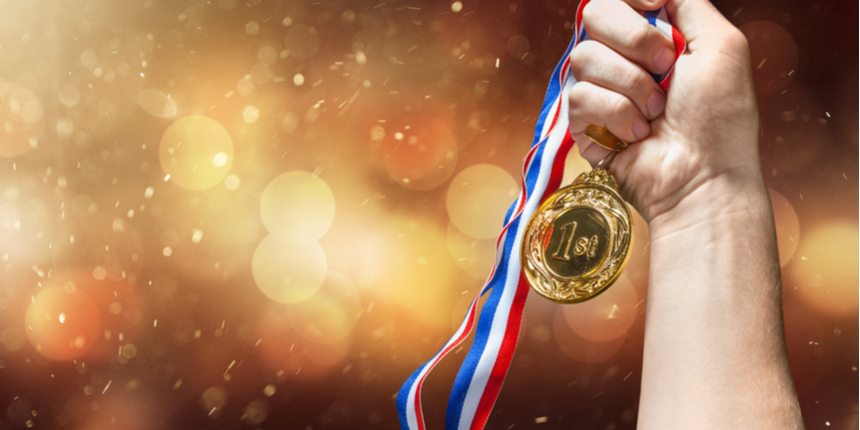 Careers360 - Congratulations on securing over 99.98 percentile in CAT 2020! What was your reaction? Were you expecting this?

Shivam Chandak - I was expecting this already. After the CAT percentile predictors and all, I was pretty confident that I would score around 99.97 to 99.98. I was a bit scared about the DILR section, but to my surprise, I scored 100 percentile in it.

Careers360 - Tell us something about your background.

Shivam Chandak - I was born and brought up in Ahmedabad, did my schooling from DPS, and graduated from IIT Madras with a dual degree in civil engineering of 5 years.

Shivam Chandak - It was pretty good, I had compared all the CAT mocks, I was happy with the exam.

Shivam Chandak - I was really confident. My maths is strong so it helped me, I gave section-wise mock tests on preparing days, and I didn’t do many theories in DILR. my VA was weak, so I had to really work for it, like a lot of reading but was not pretty consistent with it, which got me really scared.

Shivam Chandak - For me, VA was tough, but Quant was easy this year. I found DILR was tough too, but with the options that were given, I was able to solve all the questions and was able to score a 100 percentile.

Shivam Chandak - For the strong areas, I regularly practised, solved mock tests for DILR and for the weak areas, I was consistent like my English and VA are slow, so I was consistent with all the activities related to those sections.

Shivam Chandak - I had the third slot so I already knew the difficulty level of the exam and how the exam pattern will be. I was more confident about RC, wherein I solved 3 questions out of 4, solved the summary-based questions, para-jumbles.

One mistake that I made was to start off with the tougher set, but I didn’t scan when I was giving the exam, so that helped. Also, I was confident with the DILR sections, in which I solved 26 questions out of 24.

Shivam Chandak - Since my speed is a strength to me, the time duration really helped me to hone it out by solving the questions in such a short time.

Shivam Chandak - I went to T.I.M.E Chennai which was outside the IIT campus. I took the test series of IMS too, and the lectures of Unacaedmy were quite helpful in preparation.

Careers360 - What are the factors behind your success?

Shivam Chandak - I think it is the consistency that matters, it is not necessary to practise for 5-6 every day but an hour to two daily works like a charm if you are consistent. Along with that, regularly solving mock tests is very important. I didn’t stop solving the mock tests even after scoring low in them.

Careers360 - Have you started preparing for GD/PI/WAT?

Shivam Chandak - No, I haven’t started the preparation for the same yet. I have just started reading a few articles related to the same.

Careers360 - Which other MBA entrance exam have you appeared/appearing for?

Careers360 - What is your dream B-School? After that, what career do you want to pursue?

Shivam Chandak - To be honest, my dream Bschool is IIM Ahmedabad, since it’s my birthplace, but IIM Bangalore and Chennai are on my list too.

I want to have a career in finance but I am keeping my options open.

Shivam Chandak - I like playing chess, or any sport for that matter. I have been a champion in Chess for eight times.

Shivam Chandak - Playing chess online has been helpful. I was not really into TV series before, but the lockdown left me with no other option.

Careers360 - Do you have any idol who you follow?

Shivam Chandak- I would like to suggest the next year’s test-takers to start early, since they will be having a lot on their plates, like the final year stress, placements etc. So starting early will be a good time for them to analyze their strengths and weaknesses.

CAT 2020 Topper Aruneet Dutta Says, "In CAT not only knowledge...

If you are looking to get admission in top MBA colleges and go...

With your overall 95.34 percentile in CAT you have  chances in following  B schools which are listed below :-

Can an indian black cat commando quit his job at age 30??

Yeah! You can but for that you have to apply to your governing authority. After clearance of your request you can leave the job.

I hope my answer helps. All the very best for your future endeavors!
Read More
Answer

Will Delhi University be taking admission via merit this year along with the common aptitude test?

Delhi University Admission 2021 will start in the month of March 2021. An entrance exam known as DUET is organised by NTA (National Testing Agency) to offer admission in various UG and PG programmes in the University.

Merit based admission fees is

Entrance based admission fees is

You can refer to this link for more information.

IIM Ranchi HR program is one of the best in the country and you should not miss the chance if you have got the opportunity. The placement report of the college is stellar (see link below)

You have decent academics and should not face any issue in getting shortlisted for companies. Do not make the decision solely based on the fees or the ROI ratio. The main purpose of doing an MBA from a reputed college is to get a headstart in your career and start your career in management from a top tier company. It will be your launchpad into the corporate world and then you are free to explore on your own.

The post pandemic scenario should not haunt us for too long and the industry will be on its feet in no time. I would urge you to consider this as a good opportunity and consider admission this year only.

Getting a call from a B- School depends upon a number of factors like  your percentile  score in CAT and academic profile i. e.percentage of marks obtained by you in  class 10th, 12th and graduation, work experience. Your academic profile is average

With your overall 89.78 percentile in CAT you have  chances in following B schools which are listed below :-

Which B-schools can I get if my CAT percentile is between 90 and 100?