Latest WAT Topics for IIMs and MBA Admissions - With the declaration of the MBA entrance exam results, the top B-schools like IIMs, XLRI, IIFT and others have declared the shortlist of candidates who have to appear for the Written Ability Test (WAT) or Group Discussion (GD) rounds. If you are yet to start your preparations and wondering what and how to prepare for WAT, this article of Careers360 brings to you the latest topics for WAT which are trending in major MBA entrances. 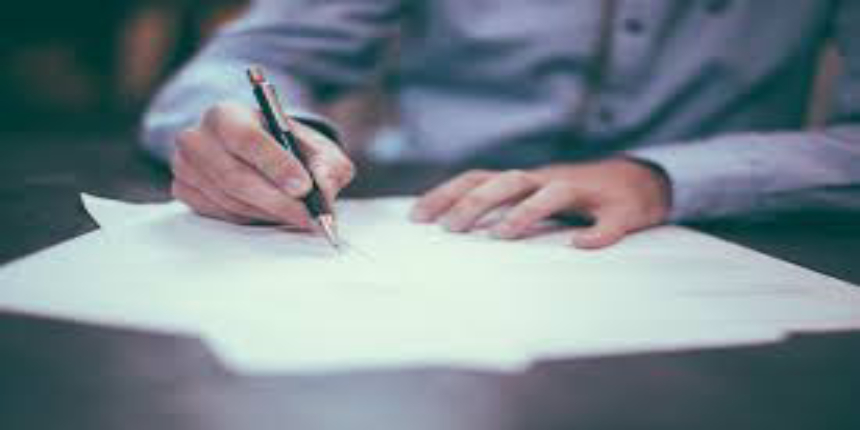 The topics of WAT at MBA selection rounds can be a direct or in the form of abstract statements. If you are completely in sync with the current affairs, you can easily tackle the WAT round. Here we bring to you some of the current and hot topics and the crux of the event. Take a look at the events and gather all the information, facts and figures on them in order to substantiate your essay.

The Rajya Sabha on 9th Jan, 2019 passed the Constitution (124th amendment) Bill with 165 members voting in favour and 7 against, a day after it was passed in the Lok Sabha. The bill provides 10% reservation to the Economically Weaker Section (EWS) in the general category in government jobs and education.

The 10% quota bill has been introduced in our system to help the economically backward section of people who belong to the upper castes. In other words, if somebody from the “general” category, belongs to the given definition of ‘economically backward’, they will benefit from the bill. Below are a few conditions which have set an economical benchmark-

a. Agricultural land ownership should be less than 5 acres or

b. Family income is 8 lakh or less, per annum

c. Residential house of about 100 square yards in a municipality or

d. A house of about 200 yards in a non-notified colony.

The bill is being opposed due to-

The testing time lies ahead in 2019 for the Modi Government as regards to its economic policies and performance of Indian Economy post demonetization, implementation of GST, Make in India and other key reforms brought about to propel the when of economic development faster. With the onset of Parliament Elections in 2019, the last two years have been crucial for the Indian Economy especially when the sitting BJP Government lost the Assembly Elections 2018 in the states of Chhattisgarh, Madhya Pradesh and Rajasthan.

Since the Modi Government was appointed in 2014, new schemes, reforms and controversies have been making news almost regularly. Be it the Make in India Drive in 2014 demonetization of 2016, implementation of GST in 2017 or the stock crash of 2018. With so much going on, it is difficult to assess whether India’s economy is headed uphill or downhill.

The economic policies of Modi Government during past few years have not only made great impact on Indian Economy, positively or negatively but have also attracted ire of opposition in each and every step it has taken.

Women Empowerment has become a highly debated social issue not only in India but also around the Globe. Hearing the independent women’s voice and helping the women to ensure that their voices are heard has given rise to #MeToo Campaign, NGOs coming forward to safeguard against the women’s emotion abuse. Government of India has also enacted various rules and regulations within the constitutional framework to improve female representation in different professions. As such not only IIMs but also many other B-schools, other professional institutions, as well as job opportunities in almost all types of male dominated professions including Indian Air Force, Navy and Army have started awarding higher weightage to female candidates for gender diversity.

A crypto currency is a digital or virtual currency that uses cryptography to secure, create and control its transactions. Unlike traditional currencies, which are issued by central banks, crypto currency has no central monetary authority. Bitcoin is the first crypto currency which came to public notice in 2009. Following this a number of other crypto currencies, such as Ethereum, Ripple, Litecoin, Cardano etc. exist in the market. Crypto currency can be exchanged for other currencies, products, and services. In recent months, Economists, Central Bankers and Monetary Experts have expressed their reservations on the future of this currency. Investors and Enthusiasts of this currency are however bullish.

Arguments for the Mission

Arguments against the Mission

India, in long run, will more than recoup the money, invested in space programmes. The immediate benefits are difficult to predict. They may be intangible but vital for the country. This mission has however, kindled the fire of imagination among the young minds to dream about the possibilities of tomorrow.

Buzzwords such as Industry 4.0, Artificial Intelligence, Automation, Machine Learning etc. are buzzing around industries and across geographies for some time. While these technological advancements promise a surreal future, prediction of loss of jobs due to human replacement is also expected. Proponents of technological advancements argue that while technology will replace semi and unskilled jobs but in turn it will herald a new era of innovative jobs. History states that technology has been a creator of jobs and has augmented new avenues. The course this time will be same or not is a debatable issue. The prominent technologies that are likely to bring disruption are:

Net Neutrality is the concept that internet service providers and governments should treat all data on the internet the same, without discriminating or charging differentially by user, content, site, platform, application, type of attached equipment, or mode of communication.

Digital India is the campaign by the Indian Government which promises free Internet facilities to everyone, including those belonging to lesser privileged backgrounds. The scheme includes plans to connect rural areas with high speed networks. This scheme will be monitored and administered by the Ministry of Communication and IT.

Recently Telecom Regulatory Authority of India (TRAI) has declared the verdict in support of Net Neutrality which has prohibited any form of differential charging based around content or access to some websites. The order also rules out the platforms like Facebook’s Free Basics, zero-rating plans or special data packs that made access to one app like say WhatsApp or Wikipedia entirely free for users.

Facebook CEO Mark Zuckerberg expressed his disappointment over the verdict as it quashed the Free Basics in India.

Startup India is the campaign launched by the Government of India on January 2016 to promote the entrepreneurial and start up culture in India which will further help in job creation. The campaign also aims at promoting bank financing for start up ventures. The government has launched Pradhan Mantri Mudra Yojna (PMMY) and Mudra Bank for development and refinancing activities relating to micro units with a refinance Fund of Rs. 200 Billion. India has already seen a boost in the startup culture in India with the emergence of companies like Flipkart, Snapdeal etc.

Other WAT topics for this year are:

WAT Tips: Write your way into a top B-school

Why WAT is getting an upper hand at top B-schools?

What B-Schools look for in a Candidate?