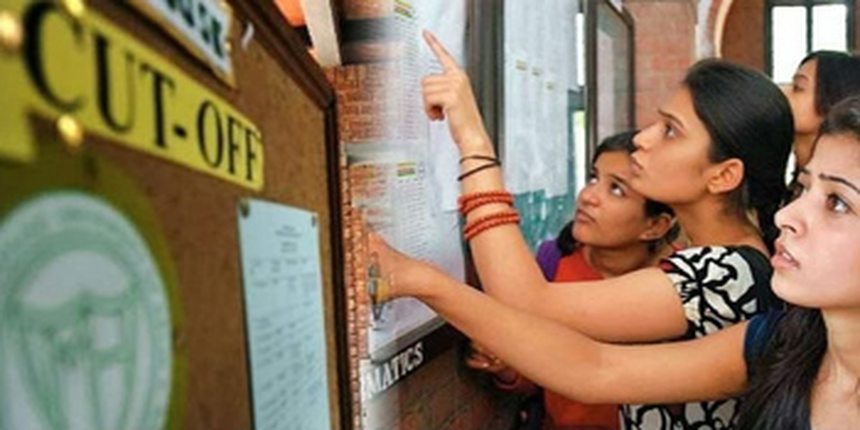 The following table will give you the  MAH CET 2015 Cutoff as shared by DTE.

Note: The above mentioned cutoffs are that of the year 2014, when MAH CET MBA entrance exam was last conducted. These are the cutoff scores for the Open category candidates.Source: Directorate of Technical Education (DTE) Maharashtra

The MAH CET 2015 exam has started from Saturday, March 14, 2015 and will end on Sunday, March 15, 2015. The total number of registrations received is over 60,000. The result was scheduled on March 25 but was declared on March 26 for about 57012 candidates who appeared in the examination. The qualified candiates will have to appear for the Common Application Process (CAP) or the counselling rounds.

We will keep you updated with the MAH CET 2015 Cutoff. Keep visiting this page for more information.

Stay tuned to bschool.careers360.com for more news and updates on MAHCET

State Common Entrance Test Cell will conduct CAP i.e. Centralized Admission Process registration process for MAH CET MBA CAP 2020 soon the dates for the counselling is not yet declared. Due to the ongoing corona virus Pandemic there is a delay in counselling and it is postponed until further notice. Keep an eye on the official website for the latest information.  MAH CET MBA 2020 was conducted in online mode on March 14 & 15. The CAP round will be conducted in online mode and details will be available on the official website of MAH CET 2020 i.e. info.mahacet.org.

This year the DTE Maharastra will conduct the admission for the eligible candidates. For this you must appear and qualify for any one of the exams of JEE mains or NATA. The admission process will take place through CAP rounds process. You have to visit the official website for more updates.

You have to apply online on the MHT CET portal to get admission into UG Architecture courses.

Since the results are not out of some exams , as a result teh centralized cap process dates are yet to be announced.

But you have to visit the official MHT CET website time to time for regular updates. The dates will be updated as soon as the officials announce the complete schedule on the official website.

MAH CET is Maharashtra common entrance test, it is a state level exam of entrance. This entrance exam includes:

So for more information here is a link : https://bschool.careers360.com/articles/mah-cet-2021#MAH-CET-2021-Exam-Syllabus

I hope this will help you

Hey i scored 62% in mah cet. can u help me which college is good?

As you have scored 62 percentile in MAH CET for MBA so on the basis of this percentile you will not be able to get good colleges because cut-offs for good colleges are above 70-80 percentile but don't worry I am enlisting down some business schools in which you can get admission :-

There are some more colleges which you can predict very easily using MAH CET MBA College Predictor tool, link for the same is given below :-

I hope this answer cleared your doubts.

When will cap registration for mah cet mba start

DTE Centralized Admission Process for Maharashtra MBA in B Schools of Maharashtra has been delayed due to covid 19 pandemic. Any dates hasn't been yet disclosed by the authority for starting the registration process for CAP. Once starts, you can register yourself through the official website.
Read More
Answer

Your MAH AAC CET brochure has been successfully mailed to your registered email id .