XAT 2020 Analysis by Career Launcher - The final objection window has been closed by XLRI Jamshedpur and the answer key remains unchanged. The final answer key of XAT 2020 has been released by XLRI on January 9, 2020. One of the esteemed coaching institutes Careers Launcher released the initial XAT 2020 analysis. According to XAT analysis 2020 by Career Launcher, overall, XAT 2020 was similar to last year’s paper in terms of difficulty level. As per the analysis of XAT 2020 by career launcher, there was confusion regarding negative marking which might have an impact of the performance of a few students. XAT Admin office has confirmed that there was negative marking for all questions, thus ending the speculation. The overall cut-off for XLRI BM is expected to go down by 3 marks to 33 because of confusion over negative marking. There was no major surprise in GK, 25 questions carried no negative mark and were of the same difficulty level as last year. Xavier Aptitude Test (XAT) was conducted by XLRI, Jamshedpur on January 5, 2020. As per the XAT 2020 analysis by Career Launcher the duration of examination was 180 minutes along with 2 parts. Part 1 includes sections like Decision Making, Verbal and Logical Ability, Quantitative Aptitude and Data Interpretation. Whereas, part 2 includes questions only from General Knowledge section which will not be considered for XAT percentile and score calculation. Read this article by Careers360 to know more about the analysis and expected cutoff by Career Launcher.
Latest: XLRI Jamshedpur released XAT 2020 result on January 16. Know all about XAT 2020 cutoff- check details. 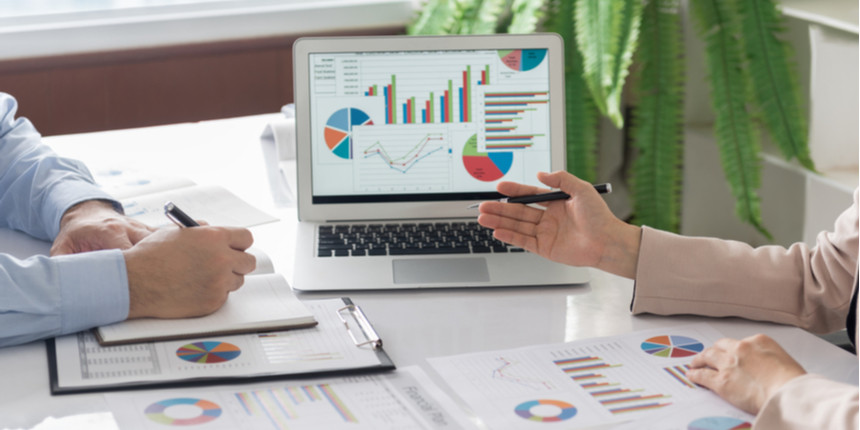 For every incorrect answer, 0.25 marks will be deducted. On the other hand, for every unattended answer there is a penalty of 0.1 mark. In paper 2 candidates will not be marked negatively for any wrong answers.

The test was divided into two parts. The first part was the usual XAT paper which had questions divided into three sections:
(i) Verbal Ability and Logical Reasoning,
(ii) Decision Making, and
(iii) Quantitative Ability and Data Interpretation.

As stated by the XAT authorities earlier, the total time allotted for attempting these questions was 165 minutes.

The second part consisted of General Awareness questions. The total time allotted to this section was 15 minutes.

Each question in Part A, carried 1 mark each and attracted -0.25 marks for every incorrect attempt. Part B had no negative marking. Furthermore, the penalty for unattempted questions went beyond 8 such questions had been doubled to -0.10 from -0.05 marks.

The first part was allotted a total time of 165 minutes. Whereas, the second part consisted of one section, General Awareness. The total time allotted to second part was 15 minutes. Let’s have a look in brief at the analysis of XAT section wise:

Verbal Ability and Logical Reasoning was tougher than last year, mainly due to the Verbal section. This would definitely make the cutoff go slightly down. There were 12 questions of Reading Comprehension with 4 passages of 3 questions each.

A serious candidate could have attempted 15-17 questions with 70% accuracy. It was definitely time-consuming and a student could have taken around 50 minutes for the section.

The breakup was as follows:

The level of the Decision Making was similar to last year but was extremely boring. Decision-Making sections in XAT have usually been extremely interesting to solve purely because of the cases that come in the section.

There were no singlets and it made the task of reading easier. There were no questions from Mathematical/Analytical Reasoning, which made the life of students easier. All the questions were situational decision making questions.

However, there were more sequencing questions which lead to lesser attempts. Clarifying all the speculations about the negative marking, you must know that Decision Making does have negative marking.

The breakup was as follows:

The section on Quantitative Ability and Data Interpretation was marginally easier than last year’s QADI section. There were 20 questions of QA and most of them were from Geometry and Arithmetic. The remaining 8 questions were from 3 sets of DI. Majority of the questions from Arithmetic were easy whereas the questions on Geometry were moderate in nature.

In Data Interpretation, there were 3 sets comprising 8 questions in total. These were one set on tables, another one on bar graphs. There were also two questions Set Theory.

The break-up was as follows:

The level of difficulty of the General Knowledge section was similar to last year. This section comprised of 25 questions. Most of the questions were single-statement based. The key areas from where the questions were asked were static GK (Economy, Geography, Science and Technology) and Current GK (Business economy, personalities, and awards). Overall the difficulty level of the GK section was moderate.
An attempt of 12-14 questions fetching a score of 7-8 can be considered good.

The expected cutoffs as per our team of experts and AI-driven predictions are as follows. These have been given below along with the actual cutoffs of the previous years.

XAT 2021 Question Paper - Know the details related to the ques...

can we get admission through cmat xat and mat in pgdm in pr and event management?

University of Technology and Management

So this are the colleges which accept CAT/MAT/XAT

IF I HAVENT GIVEN ANY EXAM LIKE CAT,MAT,XAT E.T.C THEN , HAVE I ANY CHANCE TO GET A SEAT IN MBA

You can give the May MAT 2020 Entrance exam. Many colleges do accept May MAT Score. You can look for the IILM Lodhi road as one of your options. IILM Lodhi road is the oldest campus located in central Delhi. The alumni base is phenomenal which is a strong strength. The alumni of IILM are placed in a very senior position in the corporates that gives an advantage to the institute both in terms of placement, industry connections and engagement. Senior alumni conducting placement workshops, delivering guest lectures and guiding summer projects could be very useful to students with work experience and industry mentors. There are a lot of foreign partner institutes and semester exchange students from around the world make classes diverse and interesting. Faculty members have got both industry and international exposure which makes classes more interesting and relevant. With a huge alumni base of 12000+ with most of them at senior positions. The faculty-student ratio is the best here, a lot of one-on-one mentoring is provided to develop student personalities, CVs and also prepare them for the selection processes. We have some of the good companies on campus for SIP & placements like Amazon, RB, ICICI, Oppo, HDFC, Loreal, Khimji Ramdas, Modelez, Deloitte etc.

what is the success rate of CAT/XAT?

Hello
CAT and XAT exams are conducted every year for admission to MBA courses in IIMs and other top Bussiness schools of the country.
Every year around 2-3 lakh students apply for this exam for admission to premiere institutions of the country.
Sucess rate means the number of students passing the exam per 100 students who appear for it.
For CAT the success rate is around 2% i.e around 2 out of every 100 students who appear clear this examination.
However its better to focus on preparation.

Follow this link for more information on CAT and preparation tips
https://bschool.careers360.com/exams/cat

Should I stop preparation for entrance exam and focused on remain 10+2 board exam as I heard that due to corona virus covid 19 universities can be cancelled the exam and noticed that the admission will based on 10+2 marks?


Let me assure you one thing that there is absolutely no chance of admission in engineering colleges based on class 12th board examination.JEE mains is postponed not canceled and even if gets cancelled there is no way that admission will take place based on 12th marks.So, just forget about these thing and focus on preparations because sooner or later all the exams will take place once the Covid-19 situation gets under control.

sir presently I am pursuing English Graduation from IGNOU as a final year student and my final exam will be held on June 2021.. Am I eligible to fill forms of cat xAt?

You can fill the exam form of the CAT 2020 if you are in your final year in the year 2020. As you are to be graduated in 2021, that means that you will be in the final year, 5th semester during the CAT 2020 exam form and therefore you are eligible for the exam.