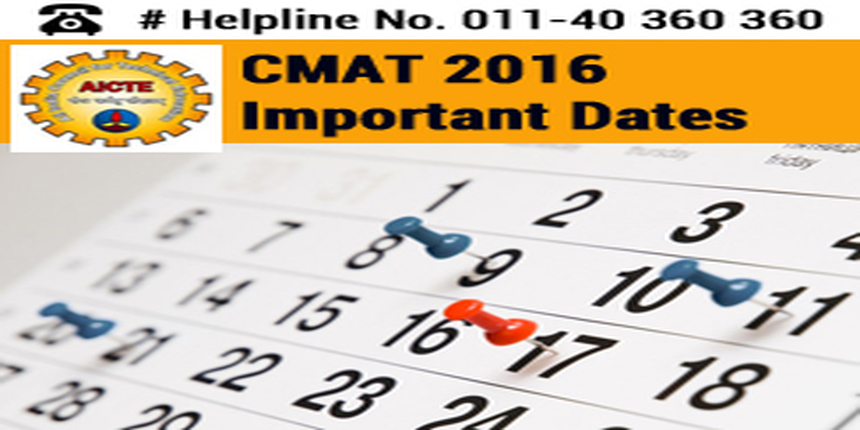 CMAT was conducted by the All India Council for Technical Education for post graduate management programmes in AICTE approved B-schools. In August 2015, AICTE scrapped CMAT September 2015 and announced that the test will be conducted once a year in a single window. AICTE had announced all the details about the CMAT 2016.

Find the CMAT 2016 Important Dates in the table below:

The application deadline was extended from December 10 and ended on December 13, 2015. AICTE had extended the fee payment date in offline and online modes to December 14 and December 15, 2015 respectively. The admit card for registered candidates was to be available to download from January 5, 2016, but the download dates were delayed by the officials to January 9.

The trial test explaining the Exam Pattern of CMAT 2016 was available for the students on December 12, 2015. Around 70,000 candidates have appeared for the test conducted on January 17, 2016, at around 62 test centers across India. The results will be declared on January 21, 2016.

CMAT Exam Pattern 2021 - Duration, Marking Scheme and No. of Questions