IIM Call Cutoff Vs IIM Eligibility Cutoff: Why there is huge gap?

IIM Call Cutoff Vs IIM Eligibility Cutoff - After releasing admission criteria by all the IIMs, you may feel optimistic about your chance to get selected or at least receive an interview call from your dream management institutes on the basis of CAT 2022 exam. But there is a difference between IIM Call Cutoff and Eligibility cutoff. Have you ever wondered why there are huge gaps between the two cutoffs of the IIMs. 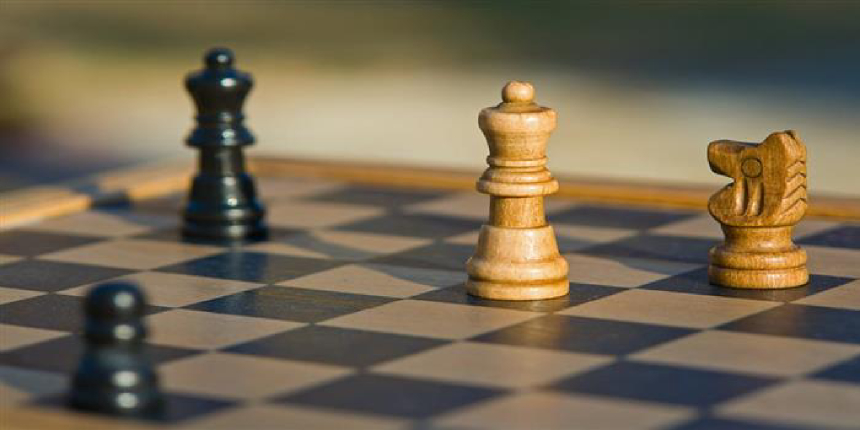 Put on your thinking caps as Careers360 brings to you the factors behind the gaps that exist between the actual interview call and the official shortlist cutoff of CAT exam at IIMs. CAT 2022 will be held on November 27, 2022 following which the CAT result 2022 will be announced in January 2023.

The previous year, while MBA aspirants rejoiced in the fact that IIM Ahmedabad overall cutoff for General category candidates was 80 percentile and the sectional cutoffs are 70 percentile (Quantitative Ability, Data Interpretation & Logical Reasoning, Verbal and Reading Comprehension) the reality was quite different. The interview cutoff for the General category candidates at IIM Ahmedabad will probably be much higher for 2023-25 batch.

What are IIM Eligibility Cutoff and IIM Call Cut-offs?

The IIM Eligibility Cutoff is the minimum CAT Cutoff score 2022, which a candidate needs to secure in CAT exam, in order to be eligible for the IIMs admission process. There is no official IIM call cutoff for CAT test-takers. Each IIMs that accept CAT 2022 score, announces their own CAT cutoffs. The individual cut-offs by IIMs consist of both sectional and overall cutoffs, which candidates need to satisfy to be eligible for further selection rounds of admission criteria.

Why there are huge gaps?

The gap exists because the eligibility cutoff announced by an IIM is the minimum CAT percentile candidates are required to secure for getting into the list of candidates who can be considered for the next stage of the CAT selection process comprising WAT and PI.

The actual call cutoff, however, depends on the number of candidates available from the top. Thus for IIM Ahmedabad, which may call 600-1000 general category candidates (generally three times the seat capacity), it gets the desired numbers within 98 to 100 percentile. This is because, within the top 2 percentile, it may get as much as 4,000 candidates in a scenario where the number of test-takers is near 2 lakh.

Nishit Sinha, IIM Lucknow alumnus and author of MBA preparation books mentions in a related query posted in Quora, “For actual selection, IIMs look for top N students who have cleared the cut-off in different sections and overall. It is decided by percentile. In other words, Percentile indicates the All India Rank. For example - 99.5 percentile means top 0.5 percent of the total aspirants who have appeared.”

Thus, you must understand that the CAT cutoff 2022 percentile released by IIMs is the eligibility criteria or the minimum percentile a candidate has to secure in order to be eligible for getting shortlisted.

How do the number of test-takers and IIM intake influence cutoff?

For the top IIMs, which are popularly and collectively referred to as BLACKIS (B – Bangalore, L – Lucknow, A-Ahmedabad, C – Calcutta, K – Kozhikode, I – Indore, S – Shillong) by the MBA aspirants, the combined intake is around 2600, which is approximately half of the number of candidates falling within top three percentile brackets (97 to 100 percentile). So you can understand why the actual interview call cutoff of the top IIMs range from 97 to 100 percentile.

Academics and work experience - Other factors which influence shortlist cutoff

Top IIMs–BLACKIS, consider other factors like past academic records, work experience, academic and gender diversity, and overall candidate profile for making the final shortlist offer. They calculate a scaled score or percentile based on the above-mentioned factors. In order to equate the scores in all other parameters, IIMs may have to go down a couple of percentiles, say 97 percentile. The actual interview call cutoff is the culmination of these factors.

At the same time, securing above 99 percentile is not always a benchmark for appearing in IIM interview rounds as the composite score for shortlisting depends upon multiple factors. For the final selection also IIMs calculate the composite scores in terms of performance in CAT, WAT & PI, and candidate profile.

What After CAT 2022 Result - Candidates who are going to appea...

9 minutes ago
Read More
View All News and Articles

how to start the quantitative aptitude preparation topics for CAT exam?

Although there are many online resources for CAT 2022 candidates, for many of them, preparing for the CAT mathematical ability part is one of the most tough and challenging undertakings. The QA part is regarded by the majority of elite CAT scorers as one of the most unexpected and time-consuming. And for candidates without an engineering-related educational background, learning how to prepare for the CAT quantity ability is like cracking a hard nut.

For every detailed information on how to prepare for cat quantitative aptitude section, you can visit our site by clicking on link given below.

Hope this information helps you.

what is CAT exam? full information about it

The Common Admission Test is the full name of the exam. A prominent national MBA entrance exam is being taken. A computer-based test will be used to administer the CAT 2022 exam. A little over 2.3 lakh students are anticipated to sign up for the CAT 2022. At 20 IIMs and more than 1,000 B-Schools in India, CAT 2022 will be held for MBA and PGDM admissions.

For more information you can visit our site by clicking on link given below.

Hope this information helps you

Know all about CAT