Latest : Know your Admission Chances for Colleges based on SNAP - SNAP Pathfinder 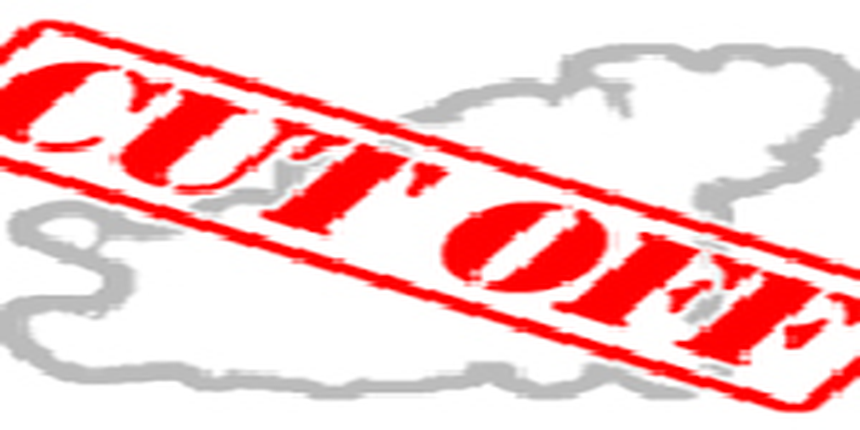 The cutoff released by SIU determines the basic marks on which the student is eligible to follow the selection procedure of each college. Participating institutes will declare the cutoff upon which the students will be admitted into different programmes.

SNAP 2015 is a National level post graduate entrance examination conducted by the Symbiosis International University (SIU) for admissions into the MBA programme of institutes under this university. The officials have announced SNAP 2015 Test dates, as per which the application started from August 24 and the exam has been conducted on December 20, 2015.

You can find the tentative Cutoff for SNAP 2015, which is based on 2014 cutoff by coaching experts in this table below,

After the results are announced and cutoff is declared, the shortlisted students have to follow the selection procedure for SNAP 2015 to avail final admissions. As per the process, the candidates securing the minimum score in the SNAP 2015 Test will be shortlisted for further rounds. The later have to appear in the Group Exercise (GE), Personal Interaction (PI) and Written Ability Test (WAT). The final merit steps will be prepared on the basis of below mentioned weightage:

The following table brings to you the list of participating B-schools and number of seats:

How to fill SNAP 2020 Application Form - To let you cross a vital step and register successfully ...

SNAP 2020 result will be declared by Symbiosis International (Deemed) University tentatively in s...

How to Prepare for SNAP 2020 - Check Careers360’s article here to know how you can make your prep...

You have take non-zero positive marks in GATE to take admission in M Tech at local colleges in maharashtra. I got 6.60. Now how I can dowload my result since there is no option at GATE website to print it? I can take snap shot of my result but I dont know wtheter it will be accpetable or not?

Those who have not qualified in GATE will not receive any GATE score.But to provide your score at the time of document verification you can follow the steps given below