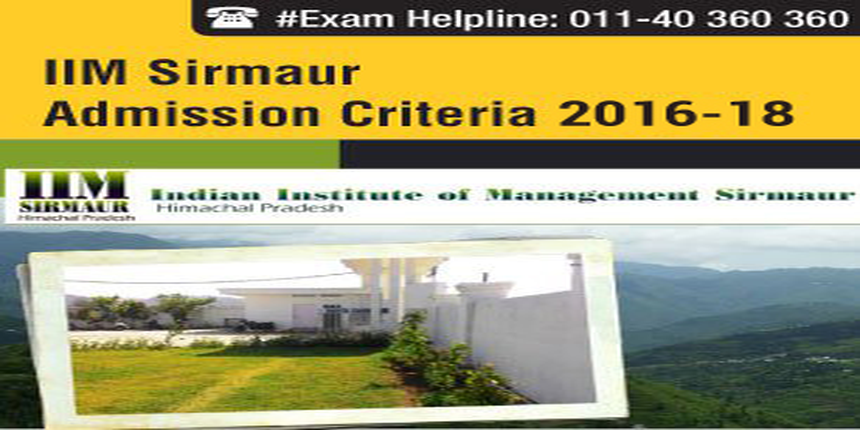 IIM Sirmaur has declared the admission criteria for the PGP batch of 2016 for admissions to its batch of 2016-18. There will be a 2 step process for shortlisting and selecting the students. According to the IIM Sirmaur admission criteria, there will be no weight to class X marks while computing the final selection scores and the maximum weight will be given to CAT 2015 scores.

Shortlisted candidates will have to appear for Written Ability Test (WAT) and Personal Interview (PI) rounds. The shortlisting will be based on CAT 2015 cutoffs, both sectional and overall. The below-given table represents IIM Sirmaur CAT 2015 cutoff for different category students.

After shortlisting the candidates on the basis of the cutoff, a merit list will be generated based on the weights and factors given in the following table.

Unlike last year, Class X scores are not considered for preparing the merit list of shortlisted candidates. Instead, the Class XII weight has been doubled compared to that of last year.

The following formula will be used to calculate various components during the WAT-PI rounds, and to make the final selection list.

The Grand Total (B) will be used to rank the candidates according to their merit.