IIFT 2020 Analysis by IMS Learning - IMS Learning, the coaching institute has provided the a detailed IIFT 2020 analysis and expected cut off. IIFT 2020 analysis by IMS learning provided insights into the difficulty level of the paper, weightage of each question, topics covered in each section and so forth. IIFT was conducted on December 1, 2019, therefore, the analysis for the same has been provided by the IMS Learning coaching institute according to the questions that were asked on the day of examination in different sections. There were major changes in the pattern from the previous years’ pattern when the test was conducted on-paper. There were four sections in IIFT-2019, unlike 6 in the previous two years. There was a change in the weight age allotted to questions in the four sections. In terms of level of difficulty, the test was one notch easier as compared to the previous three years. Read this article to know the analysis and expected cut off of IIFT 2020 by IMS Learning.
Latest: IIFT selection process 2020 -List of shortlisted candidates for the second round has been announced on December 23. 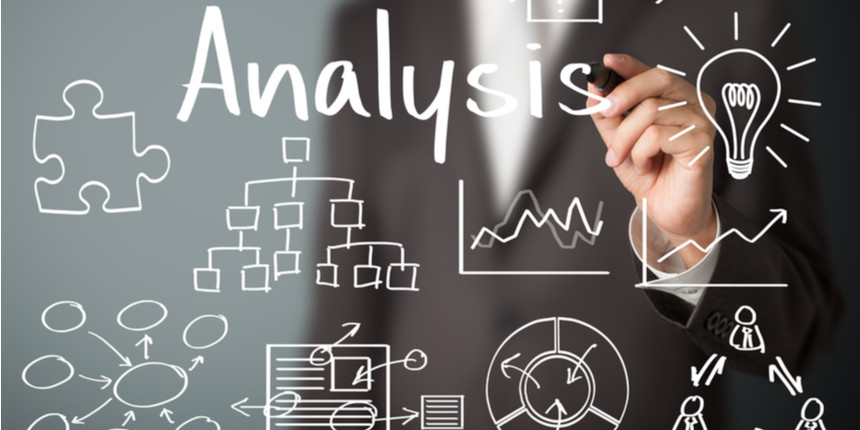 The test had a total of 110 questions divided over FOUR sections with different weight ages for different sections, as shown below.

IIFT 2020 analysis by IMS Learning will be released section wise. The analysis will include the expected cut-off and the summary of the entrance examination regarding the types of questions and their difficulty level. Since the IIFT 2020 was held on December 1, 2019, the analysis for the same will be released soon.

(Note: In IIFT exam, the overall cut-off is significantly more than the sum of the individual sectional cut-offs. Therefore, ideally, a student should have attempted a few questions in each section and devoted more time and attempted maximum questions from the sections from his/her strength. The time allotment and ideal attempt in each section have been mentioned from the point of view of a student who wants to maximize his/her score in that section.

Data Interpretation sets in IIFT-2019 were one notch easier than the types of calculation intensive DI sets traditionally asked in IIFT exam. There were five DI sets (4 sets having 4 questions each and one set having 2 questions). The questions asked on DI sets involved mostly simple calculations. There were no very time-consuming questions such as ‘Which of the following is third highest’ etc, which have been traditionally asked in IIFT exam. Similarly the options to questions were also not very close and did not have too many ‘None of these’ or ‘Cannot be determined’ options.

Overall, the questions on DI were easier than that on LR. Moreover because DI and LR were combined in the same section, ideally students should have aimed at solving majority of DI questions before attempting LR questions.

The following table shows the break-up of the sets in the section:

Several students have reported similarity of Sequential Output set in this exam with that of a set in IIFT-2018.

An attempt of about 12-14 questions with 80-85% accuracy in 35-40 minutes would be considered a good attempt in this section.

There were no long or difficult passages. The passages were easy to comprehend and interpret. Most of the questions were direct and easy to answer. Since time constraint is severe in IIFT, attempts in RC are often moderate.

An attempt of about 16 to 18 questions including RC with 80-85% accuracy in about 35 minutes would be considered a good attempt.

The GA section this year was of Medium difficulty level, compared to the tough GA of last year.

Overall the section was not very tough. There were 6 static GK questions and 14 CA questions. Questions covered a wide range of areas and gave no special advantage to people who may be experts in a particular area.

Several questions from IMS GK tests for IIFT appeared in the test.

An attempt of about 8 to 10 questions with about 60-70% accuracy in about 7-8 minutes would be considered a good attempt.

This was the toughest section in IIFT-2019. The questions were lengthy and were on difficult side in general. This section was dominated by questions on Arithmetic. Out of 25 questions in the section, 11 were on Arithmetic, followed by 7 on Geometry and 4 on Modern Maths.

A total attempt of about 9-10 questions with 80-85% accuracy in about 30-35 minutes would be considered a good attempt in this section.

Overall conduct of the test was smooth and no major glitches were reported. The test layout was similar to that of CMAT. There were tabs for different sections and a question palette to navigate through the questions to the right. A number of questions required vertical as well as horizontal scrolling. Hiding the question palette would have helped students to see the whole question at one go.

The test layout was much more user-friendly than the one given in the sample test uploaded on the website. Like in CAT, students could also view PDF of the question paper PDF. Students could have used this feature effectively, especially for DI.

IIFT cutoff 2021 - The cutoff of IIFT 2021 will be determined on the basis of the availability of...

IIFT 2021 Result - NTA will declare the result of IIFT 2021 tentatively in the third week of Dece...

IIFT 2021 Result - Not shortlisted by IIFT for the GD, PI and Essay Writing round for the MBA (IB...