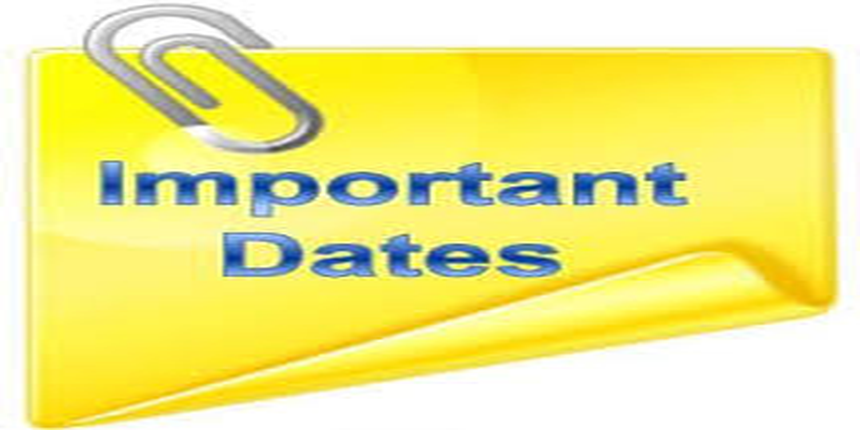 The admission of Indian Nationals for IIFT 2015 entrance test is based on written exam, essay writing, Group Discussion and Personal Interview. Every year, approximately 50,000 candidates take the exam for around 250 seats in IIFT Delhi and Kolkata campuses. For keeping a track on all the exam related events, candidates must check IIFT 2015 Important Dates.

Only those candidates who have registered successfully were able to download the Admit Card and later appear in the test. According to the IIFT 2015 Important Dates, the admit card were  sent via post to the registered candidates only. The exam was conducted on November 22 across centers in an offline mode. The results has been announced on December 14, 2015 announcing the names of the shortlisted candidates, who later have to appear in the selection procedure. A total number of 1508 candidates have been shortlisted. The final result has been declared on March 18, 2016.


Stay tuned to www.bschool.careers360.com for more news and updates

IS IIFT REGISTRATION STARTS? & which website we can register?

NO, IIFT registration is not yet  started for 2021 admission . The official date still not released yet. The application will on the offical website of IIFT . The application form is filled by online mode and fee is around 2000 INR for the general and OBC and 1000 INR  for the SC/ST.

what are courses available in iift

The following courses available in iift-indian institte of foreign trade:

6.PhD in economics and manegment   mphil degree is required with good percent

How good is the IIFT EPGDIBS program that they deliver through Hughes? is it as good as their on campus executive program?

Hughes Global Education is the pioneer in providing the ‘Interactive Online Learning Platform’ for the working professionals to pursue an executive MBA/PGDM.

They offer both offline and online Executive Post Graduate Certificate Courses to all working professionals to keep pace with their careers. Hughes brings together the best career-oriented management programmes from the top B-Schools in India with top-notch faculties and state-of-the-art technology to create an unbeatable combination to deliver the best results in the programmes.

You can take this this program to enhance your skills but don't depend or expect Placements opportunities. You can definitely opt this course if you want to learn and gain knowledge regarding International business management and develop skills in finance, marketing, and many more.