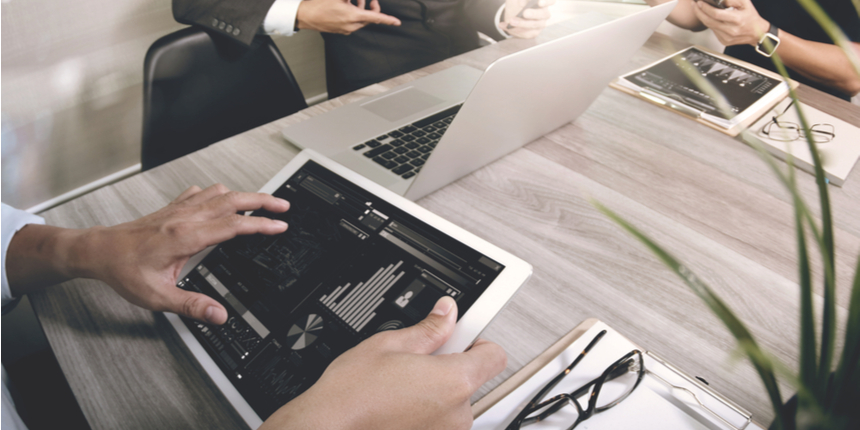 The experts of the T.I.M.E. institute will analyze the IIFT 2023 exam on the basis of the difficulty level of the IIFT question paper, the number of candidates registered, and so forth. Aspirants will be able to know the expected IIFT 2023 cutoff with the help of IIFT exam analysis by T.I.M.E. With the help of T.I.M.E. analysis for IIFT 2023, candidates will be able to estimate their chances of getting into IIFT MBA (IB) program. Authorities will release the final result of IIFT 2023 tentatively in the last week of January 2023. Read this complete article by Careers360 to know the detailed IIFT 2023 analysis by T.I.M.E.
Also Check:

T.I.M.E. will release a detailed analysis for IIFT 2023 on exam day itself. Through IIFT exam analysis by T.I.M.E., candidates can know the parameters and expected overall and sectional cutoff for IIFT as estimated by the experts of T.I.M.E.

As per previous year's IIFT TIME analysis, the duration of the exam was two hours with no sectional time limit. There were only four sections in IIFT 2022 as against six in earlier years. The exam interface was different from that of the mock test shared by NTA and involved a lot of horizontal and vertical scrolling which would affect a test taker’s experience. However, it could have been mitigated by just viewing the paper in the question paper mode or by hiding the question palette. Candidates must know the exam pattern of IIFT 2023 for more details as mentioned below.

IIFT 2023 will be conducted for admission to the prestigious Indian Institute of Foreign Trade (IIFT) located in Delhi, Kolkata, and Kakinada (AP). The test will be conducted across various IIFT test centres in the country in the CBT (computer-based test) format. The duration of the exam will be two hours with no sectional time limit.

There will be four sections in IIFT this year as per expectations.

As the exam analysis of IIFT is not yet released, for reference candidates can check the IIFT previous year's analysis below.

A detailed analysis of the sections of the paper is given below:

The section was higher in difficulty with lengthier questions as compared to last year's paper. The section had a total of 25 questions from multiple areas, though arithmetic appeared to rule the roost. Test takers would have noticed a huge surge in the number of questions from arithmetic like Percentages, SI-CI, Time & Work, Time & Distance, etc. The distribution is as given below:

The section had some really difficult questions. A good candidate would have been able to attempt around 9-10 questions in QA. The cut-off in this section is expected to be 14-16 marks.

This section was very similar to the last year's pattern. So, students who have prepared with TIME and took their mock IIFT exams would have been prepared well for this year's exam!
This section consisted of 16 questions on RCs and 19 on Verbal Ability with a total of 35 questions. There were four RC passages with four questions each. Most of the questions were Inference based or Specific Detail based. The Inference questions, however, were not very difficult to answer.

Following is a brief description of the RC part:

Passage 1 was clearly the lengthiest. It would have taken students close reading of at least 50% of the passage to understand what the passage was about! Such a long passage with just 4 questions to it would surely discourage students from attempting it, and it should not have been attempted.

Passages 2, 3, and 4 were shorter. Some of the questions associated with these passages were a bit tricky.

The questions in the Verbal Ability segment were an assorted mix predominantly on Vocabulary, with Grammar and Para Jumbles the following suit.

Here is a snapshot of the Verbal Ability part:

Answering the Grammar questions should have been a cakewalk as the choices were also not close either.

Of the three Para Jumble questions, two were very tricky and one was of moderate difficulty. Students would have had to rely more on logical thinking than on grammatical connectives.

This section had a total of 30 questions with 16 questions on DI and 14 on LR. The distribution of the questions is as below:

The DI sets were very calculation-intensive, which made the sets lengthier to solve. The LR sets were relatively easier than the DI sets. The overall difficulty level of this section can be classified as moderate-difficult. The IIFT cut-off was around 20 to 22 marks.

This year the GK section was easy. This section, apart from the regular MCQs, also had to match the following type of questions. Students who avidly read the Newspapers would have been able to handle this section with some ease. The questions were from diverse topics like Personalities, Sports, Brands, Geography, Space science, Awards, Corporate entities, Government Schemes, etc. Out of 20 questions, Static GK had 11 questions and 9 questions were based on Current Affairs.

The cut-off in this section is expected to be around 6 to 7.5 marks.

Quick Links: How to prepare for PI-WAT rounds of top B-schools

This year, the sectional cut-offs are expected to be as below.

Note: These cut-offs are for General category students.

IIFT 2022 result is expected to release in the last week of January 2023. Students who appeared for the IIFT exam will be able to check their IIFT scorecard in online mode by entering their login credentials. The scorecard of IIFT 2023 will mention the candidate’s sectional as well as overall score.

IIFT cut off will be released by the institute once the result is declared. On the basis of the candidate’s score, the authorities will release the IIFT 2023 cutoff. Candidates meeting the minimum IIFT cutoff criteria will be shortlisted for the selection rounds of IIFT.

Indeed, it is conceivable, yet it will be very troublesome. You get focused on a variety on the off chance that you're a non-engineer.

Ensure you have an exceptionally high percentile.

You might decide to get some work insight before applying as that will help your profile.

By the day's end, assuming you get a high percentile, that by itself will do the trick to get you a meeting call. At the point when inside the room, it is up to you to persuade the specialists that you have a place there in that business college.