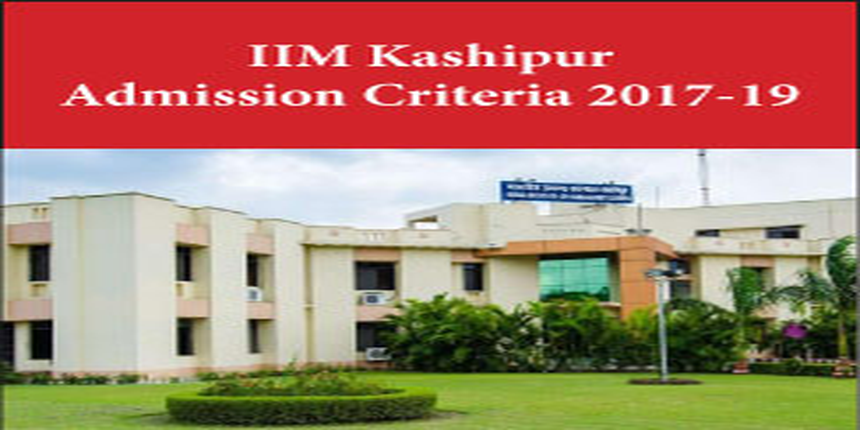 IIM Kashipur has released the admission criteria for the PGP batch of 2017-19. According to the admission criteria, the first stage of the process includes CAT 2016 takers getting shortlisted on the basis of their CAT performance. In the second stage, shortlisted candidates have to appear for the selection rounds including the Common WAT and PI rounds. Let us take a detailed look at the IIM Kashipur CAT 2016 cutoff, and the admission parameters and assigned weightages.

The following table brings to you the section and category wise CAT 2016 cutoff.

The shortlisted candidates will have to appear for the Common Admission Process (CAP) round to be conducted by IIM Rohtak in the year 2017. The rounds will include Writing Ability Test (WAT) and Personal Interview (PI). Following weightages will be assigned on the WAT and PI rounds while preparing the merit list.

In order to generate the final merit list, the components that would be considered include CAT score, performance in WAT-PI rounds, past academic records, work experience and diversity factors. Refer to the link below to know the weightages assigned to the above mentioned parameters.

The grand total marks is calculated as:

Stay tuned to bschool.careers360.com for more on IIM Admission Criteria.

i can not give CAT exam, can i go for MAT,,,,,,, is only MAT is sufficient for mba admission

Yes you can, MAT score is accepted by more than 600 B- schools in the country.

You can check selection procedure through MAT on our page-

I have scored 87 percentile and 91.90 percentile in cat and xat exam respectively besides 2-3 years of work experience in two companies mainly Earnest n young (16 months experience). 10 th, 12 th and graduate score is more than 90 percent. can i get a call from spjain

The minimum cutoff required by SPJIMR for both CAT and XAT this year is 85 percentile (for profile based shortlisting process). Since you have performed really well in both the exams and have a percentile above the required one and considering your profile you can definitely get a call from SPJIMR during their profile based shortlisting process. Since your XAT scores and better then you may get a call through XAT. But you can get other colleges also based on your scores like

my cat percentile is is 75% which colleges i can get

First of all congratulate for your percentile in cat exam. About your percentile you didn't get admission in IIT,IIM,NIT . But you should definitely got chance in LIBA,Chennai, and XIME,Bangalore two  best non IIM MBA college in India.

They are all very reputed colleges and offer excellent ROI. The average compensation package offered in these colleges are nearly 10-12 lakhs.

You can also check out some IITs like Department of Management, IIT Madras ( fees = 8 lakhs) and FMS BHU( fees = less than 1 lakh) with your CAT percentile. They also have good placements. But if you're considering IITs then IIT Madras would be the best option and it is way better than FMS BHU.

my cat percentile is 90.66 but havent cleared sectional cutoffs in dilr, what colleges can i aim ?

You have a very good CAT percentile and you can definitely get a call from a lot of good colleges who only consider the overall percentile and not the sectional ones. You can expect a call from these colleges ( provided that you've applied for them)
The above mentioned colleges require a minimum of 90 percentile in CAT and the following are some other colleges with cutoffs ranging from 80-90

All these colleges are very good and some of them are in fact better than the newer IIMs so you can definitely go for them. You can easily get an average compensation package of around 10-12 lakhs in all these colleges.