IIM Amritsar Cutoff: The Indian Institute of Management, Amritsar has announced its cutoff of IIM Amritsar on its official website. Significant changes have been marked in IIM Amritsar cutoff since its inauguration year 2015. Starting with a standard cutoff of 96.30 for it’s starting batch (2015), the cutoff has gone down to 95.6 for 2016 batch and has remained constant at 90 till the year 2018. The cutoff of IIM Amritsar for it’s previous batch (2019-21) was 85. Under this article, various important details related to IIM Amritsar cutoff will be discussed like cutoff for different categories (both sectional and overall), selection process and some fast facts about the colleges. This year CAT exam was scheduled to be held on November 24, 2019 and the conducting body is IIM Kozhikode.
Latest: IIM Amritsar has announced the shortlisted candidates for WAT/PI rounds- IIM Amritsar Admission Criteria 2020 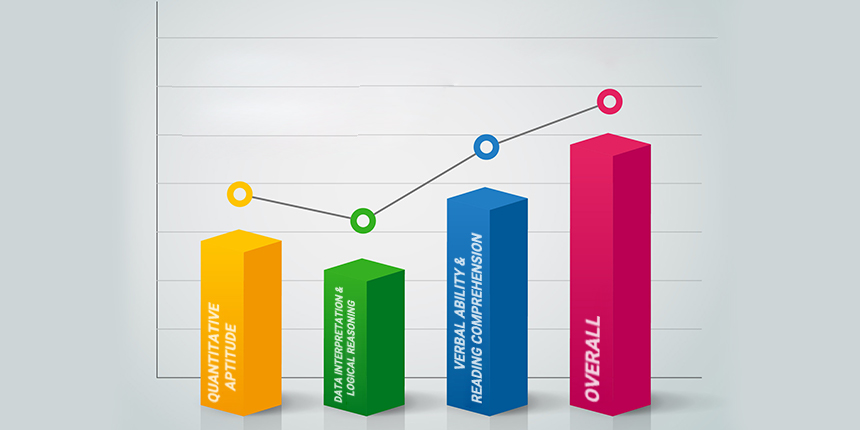 IIM Amritsar Cutoff over the past few years

Candidates can also have a look at previous years cutoff of IIM Amritsar. The cutoff for the previous years admission (Batch 2019 to 2015) is listed and discussed below:

For the general category,The cutoff of IIM Amritsar was 85. As compared to the past years the cutoff had decreased significantly and unlike other IIMs, it has was below 90 .For other categories, the cutoff has went up for the PwD candidates, it went from 30 to 35. IIM Amritsar cutoff for the year 2019 for different categories is mentioned in the table given below:

The overall percentile cutoff of IIM Amritsar for the general has dropped significantly as compared to its previous year 2015. The cutoff dropped from 95.6 percentile to 90 percentile. Very minor changes were observed in the cutoff for the candidates belonging to SC and PwD category.

Cutoff of IIM Amritsar for 2017

The paper pattern for CAT 2014 was different from the present exam pattern. Earlier CAT paper consisted of only two sections which were quantitative ability & data interpretation and the other section was verbal ability and logical reasoning. The standard percentile which was set for all the third generation IIMs for their 2015 batches was 96.30 for the general category. c

The selection process consists of 2 stages:

Stage 1: Candidates are shortlisted on the basis of their CAT percentile.

Stage 2: After first shortlisting, the candidates are shortlisted for WAT and PI rounds based on their academic records, work experience.

IIM Amritsar Fees - Know the fee structure of IIM Amritsar and the number of seats available at I...

IIM Amritsar has completed the Summer Placement process of its first PGP batch of 2015-17. Check ...

Iim amritsar cut off is 80 percentile and iim shillong 75

Hello aspirant
Based in CAT 2019, IIM Shillong and IIM Amritsar has released the cutoff list for admission into academic year 2020-22.
IIM AMRITSAR has 85 percentile as cut off for general category along with sectional cut offs. Furthermore, unlike other IIMs, IIM Shillong does not release the overall cutoff of CAT. The cutoff for Shillong takes into consideration SSC, HSC and graduation score as well. You can visit the following link for detailed cut off:-
https://bschool.careers360.com/articles/iim-shillong-cutoff
https://bschool.careers360.com/articles/iim-amritsar-cutoff
Good luck
Read More
Answer
Answer Later
Report
77 Views

Most of the people who got New and main IIM calls are not getting shortlisted for IIM Amritsar. Can anyone clarify what is the situation, is IIM Amritsar yet to update their calls?

IIM Amritsar has released their cut offs for this Academic session and they look like this:

IIM Asr admission process has 2 phases: Personal Interview, Written Test followed by shortlisting Candidates for decision regarding admission to the MBA programme. The Institutions uses a composite score of marks in 10th, 12th, Graduation, work experience, gender and academic divrsity and CAT sectional scores. Personal Interview and Written Test is applicable to all eligible stidents who have appeared for CAT 2019. Once the Candidates are shortlisted based on the CAT scores, the weightage is calculated as follows:

Having said this, IIM Asr has updated the Application status of its Candidates and it can be checked at: http://iimamritsar.ac.in/admission/apply/mba-2020/home

With 82.92 percentile in CAT and as you have mentioned your academics and it is more than average and also your work experience will be beneficial for you,there are some chances that you will get call from these colleges.It all depends on the sectional cut off in all 3 sections of CAT.

However there are some other top colleges where you can get admission with this percentile,you can check them here https://bschool.careers360.com/articles/what-if-my-cat-percentile-between-80-and-90-do-i-have-any-chance-at-top-b-schools

I Hope This Information Helps

View All Questions
Have a question related to IIM Amritsar ?

Your IIM Amritsar brochure has been successfully mailed to your registered email id .