IIM Indore IPM: How to Prepare for IPMAT WAT and PI

IPMAT WAT and PI Tips: After the declaration of IPMAT results, it is natural that candidates anticipate what’s next in store for them in the selection procedure of IPMAT. Questions like ‘How do I prepare for WAT and PI?’, and ‘What to expect from this year’s PI-WAT?’ leaves many candidates puzzled as they are just out of school and have never experienced competition stages like this before. This article will guide aspirants towards cracking the PI-WAT of IPM and sail through the selection rounds, which will be held in the first week of June. 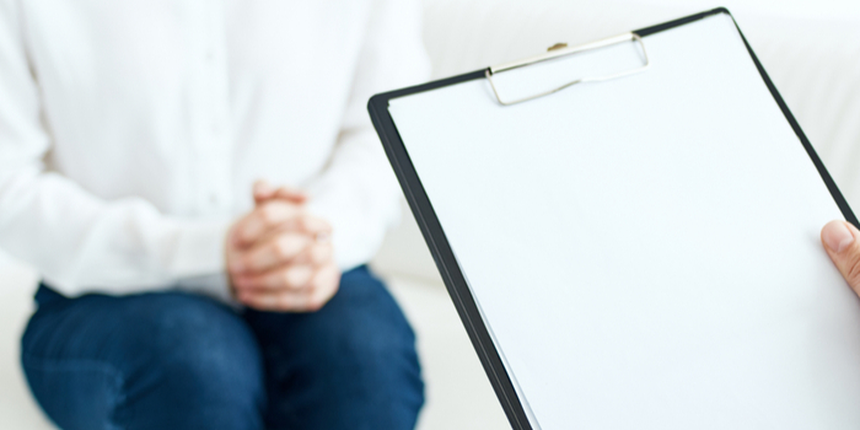 The PI-WAT rounds could be that ‘Makes or break’ chance for one’s admission chance into the prestigious Integrated Programme in Management at IIM Indore. With a tough competition among students from all parts of the country, it is best to prepare with the right Tips and Guidance from the toppers who have cracked IPMAT and the selection process of PI-WAT, and from experts of various coaching institutes. But before sharing the last minute preparation tips, let’s take a quick look at the weightage scheme of IPMAT and PI-WAT prescribed by IIM Indore or the IPMAT selection procedure.

How to prepare for WAT and PI

Mansi Shrivastava, who belongs to IPM batch of 2017-22 enlightens us about the prerequisites of the selection procedure. She says, “The selection procedure for IPMAT depends on the cutoff set by the institute and performance in the WAT and PI. The institution sets a different cutoff for each section, for different categories of students. The students who score more than the cutoff are called for WAT/PI round.”

The WAT and PI occur on the same day. The top 120 students would be selected for the course and a few others would be kept in waiting lists, says Archita S from who belongs to the same batch of IPM.

What are the tips to prepare for WAT?

A good way to start with would be to read up on all the current news, be it of national or international importance. Some aspirants may find it useful to maintain a notebook for the same. Talking about her preparation strategy, Mansi suggests that practising how to write argumentative essays is a good idea. While some candidates need to work harder on their verbal and writing skills, for Archita it was slightly easier. “We had to write long essays during school board examinations and I found that preparation was good enough for WAT”, she says.

How to approach a WAT Topic?

Toppers and experts recommend that while attempting the WAT topic, one should always stick to the point, and not writing unnecessary content to increase the length of the essay, as it will be judged on the quality and not the quantity of work.

Here’s a noteworthy strategy to approach a WAT topic as shared by Mansi from her own experience- “I answered the WAT topic by including relevant examples and answering according to the TREE (Topic statement, Reasons, Explain reasons and Ending) strategy.”

However, Archita adopted an approach which was much similar to what she did in her boards. She jotted down the points that came to her mind roughly on the side of the paper and elaborated it into paragraphs. She also emphasises that too much time shouldn’t be spent on planning the essay and one must keep a strict tab on the word limit.

What are the time management skills required to write a complete structured WAT?

Even if one is capable of writing well, it is futile if one cannot complete it within a given time frame. It is a good practice to always outline the thoughts on a topic first and then arrange them in a logical order. The introduction and conclusion are very important, so they should not be written in a hurry at the end when one is running out of time.

The WAT topic will never be something that candidates are not aware of, as usually general abstract concepts are asked. In case it is not a familiar topic, Archita says that any examples or daily life incidents that can be correlated with the topic, could be used to build the essay. Her WAT topic was ‘Why should people in metro cities be encouraged to use public transport?’ which turned out easy for he to write about.

Mansi was given the WAT Topic 'Is having many good friends better than having a 1-2 best friends?' and she too found it quite easy as compared to the topics she had been practising for and was able to write a well-composed essay.

How to prepare for PI for IPMAT?

Some candidates choose to enrol in coaching while some manage it by themselves. The major chunk of interviewees share that it is confidence and calm that keeps one going in front of the panel during PI. Take the instance of Mansi, who enrolled in T.I.M.E.'s PI training, but says that it did not do her any good as far as the real interview was concerned. All she did was brush up on her textbooks, and read the daily newspaper thoroughly.

Archita on the other hand did not take any coaching at all for PI. She looked up a few questions online that were asked for previous IPM interviews and prepared accordingly.

Anusha, who also cracked the IPMAT in 2017, says “I gave a few mock interviews so that I get used to pressure handling. I made sure that I read up on all the important news. I also revised few of the important concepts of the subjects that I had in +2 and made sure that I’m confident enough while presenting my answers.”

Topics to prepare for PI

Candidates are likely to be questioned on academic-related topics so it is a good idea to revise all concepts upto class 10+2 and brush up on General Knowledge. The panellists also ask a lot of creative questions, mostly from the surroundings. Archita shares that the question were basic-level questions during her PI, such as:

According to IIM Indore, 17,716 applicants were called for the Aptitude test of IPM on May 11 out of which 15,901 attended the exam of IPMAT 2018 on May 11. IIM Indore has also announced that the number of candidates who secured positive raw score (greater than or equal to 1) in all three sections was 11,454. These are the candidates who have been called for the further rounds of selection procedure of IPMAT 2018 comprising of WAT and PI.

IPMAT Result 2020 - IIM Indore has released the result of IPMA...

Can i apply for IPMAT if i am a commerce student with no math in 12th?

Hope this helps you!!

Can anyone give me complete information of iims and ipmat exam ?

IPMAT is an aptitude test conducted by IIM Indore for admission to its five-year course, IPM (Integrated Programme in Management).

Integrated Program in Management Aptitude Test (IPMAT) is conducted by the Indian Institute of Management Indore (IIM Indore). The national level test is a gateway for admission to the five- year Integrated Program in Management offered at IIM Indore. IPMAT 2020 dates have been extended amid the coronavirus outbreak. IPMAT 2020 will now be conducted on September 7. Earlier the exam was scheduled to be conducted on July 25, 2020. The registration dates for IPMAT 2020 were also extended from March 30, 2020 to April 20, 2020. The IPMAT 2020 registrations started on February 17, 2020.

IPMAT 2020 will be held in online test mode followed by Written Ability Test (WAT) and Personal Interview (PI).  The program is spread across a period of five years and consists of 15 terms. Every year constitutes of three terms of three months duration. The final selection of candidates will be based on the Composite Scores (CS) computed on the basis of the following.

Sectional Duration - 60 minutes to each section

how many quants questions should i solve daily in order to crack ipmat? (5 months left)

For a better score, you solve the maximum question but at least you solved 200-300 questions per day, read according to the syllabus and remember formulas.

is iim banglore going to launch its ipm program in 2021?

IPM is a Five-Year Integrated-Program in Managementthat can help students to pursue higher education in management field.

Till 2019, IIM indore and iim rohtak were the only ones to launch the IPM program.

And if you wamt admission in IPM program in IIMS then you have to qualify and secure rank in IPMAT exam, which is India's one of the most reputed exams.

The cutoff of IPMAT 2020 refers to the minimum marks to be scored by test-takers in order to qualify or get shortlisted for the further rounds of the selection procedure. The shortlisted students will then have to appear for Personal Interviews at IIM Indore. After this, the final merit list will be declared soon.

For NC-OBC the cut off score  was

IPMAT 2020 selection procedure was to be conducted in three stages which are as follows:

So the admission depends on the further rounds too.

you will easily get admission for IPM with the rank you have provided. For general category, the composite score for admission is expected to be 145+, so for OBC category it will be around 100+. But, these are based on previous year trends and can not guarantee your admission, so hope for the best.

Answer later
Report
View All Questions
Have a question related to IPMAT ? Ask

Top BBA Colleges and number of seats offered by them

Your IPMAT brochure has been successfully mailed to your registered email id .