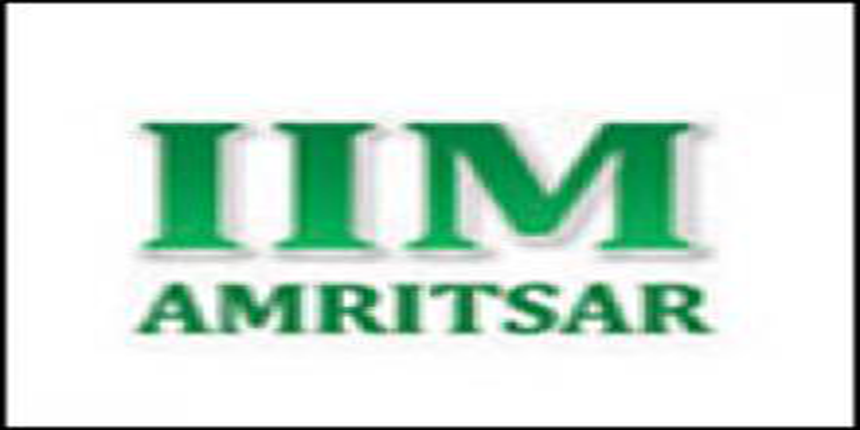 The first batch of Post Graduate Programme (PGP) has about 65 students and the classes will start this week from a temporary campus at the Punjab Institute of Technology, Amritsar. The students have been selected on the basis of CAT 2014 scores. The cut off for General category candidates was 96.30 percentile

While addressing the first batch of students, parents and guests, Sardar Surjit Singh Rakhra, Minister of Higher Education and Languages, Government of Punjab, said, “I’m happy to  announce that out of the 6 new IIMs announced in India recently, IIM Amritsar becomes the second to be inaugurated. Punjab can become one of the leading states in education through IIM Amritsar. We must institutionalize IIMs and produce the best of human resources.”

He appealed to the students, “Today the students of IITs and IIMs have excelled in various fields. IIMs play an important role to change the image of India.  We also need to provide quality education to the poor, if we are to become a global superpower. I know most of you would be looking forward to a career in the banking or the financial sector, but you must also look at agriculture and rural management.”

Prof. Balooni said, “I would like to take this opportunity to thank the Ministry of Human Resource Development in initiating the process of starting IIM Amritsar in October last year. The Commitment of Government of Punjab in setting up IIM Amritsar is admirable that sends a signal to other States who are vying for academic institutions of repute.” He further added, “Students are the brick and mortar in building an institute. It is the students who largely shape the academic culture and dignity of the institutions.”

IIM Amritsar was given a final go ahead for the course this year upon the finalization of the permanent site for the IIM campus by a committee in late June. IIM Kozhikode, the mentor institute has put together the programme structure, systems and faculty.

The institute has been allotted  60 acres of near Manawala on Amritsar-Jalandhar GT Road for the permanent campus which is expected to be ready in the next 2-3 years.

IIM Amritsar is one of the 6 new IIMs that the Narendra Modi government proposed in the budget session 2014-15 earlier this year. It is Punjab’s first IIM and is being mentored by IIM Kozhikode.

Stay tuned to bschool.careers360.com for more news on IIM Amritsar.

IIM Amritsar Fees - Know the fee structure of IIM Amritsar and the number of seats available at I...

IIM Amritsar has completed the Summer Placement process of its first PGP batch of 2015-17. Check ...

Showing 8 out of 8 Questions
59 Views

IIM Amritsar has released its cut offs for 2020-22 session:

You miss out on IIM Amritsar narrowly with lesser sectional cut off in DILR and over all percentile. You have also tagged IIM Bodhgaya and here are its cut offs for this Academic session:

With the percentile you're mentioning the chances of getting IIM Amritsar is a little low. Though they require a minimum of 75 percentile for NC OBC candidates but they mostly look at the academic background also. Also considering the fact that you've got work experience for quite some time so it would add onto your profile.

So even if you get a call you'll have to work extremely well in the subsequent selection processes to get a seat. Just give your 100 percent there.

Apart from that you can get other very good Institutes like
Since these are older colleges you'll also get good alumni network and good job opportunities.

Firstly congratulations for getting a good score in CAT. And a plus which enhances your profile is that you have 21 months of work experience.

You can apply for baby IIMs just to give a try.

Welingkar Institute of Management and Development and Research, Mumbai

Xavier Institute of Management and Entrepreneurship,Bangalore

You have secured a good percentile in CAT examination. As you have secured 8204 percentile in SC category, you have chance to get a call from good IIMs. Also ,After every CAT exam every IIM prepares a merit list to call candidates for next round of interview based on your aggregate score which comprises of many parameters such as CAT marks, 10th, 12th and graduation percentage, work experience, whose weight varies for all different IIMs. As per your percentile you will get call from all the old IIMs, as well as new IIMs. You will get call from:

Once you get call from IIM, you have to go through the WAT exam and interview process. On clearing both an another merit list will be prepared, which will select you to get enter into IIM.

View All Questions
Have a question related to IIM Amritsar ?

Your IIM Amritsar brochure has been successfully mailed to your registered email id .