IIM Ahmedabad has announced the shortlist of candidates for the PGP and PGP ABM 2017-19 batches. Shortlisted candidates will have to appear for the next rounds of selection process, Academic Writing Test (AWT) and Personal Interview (PI). The CAT 2016 result was declared on January 9, 2017. The candidates are shortlisted on the basis of their CAT 2016 performance and overall profile including past academic records and work experience. 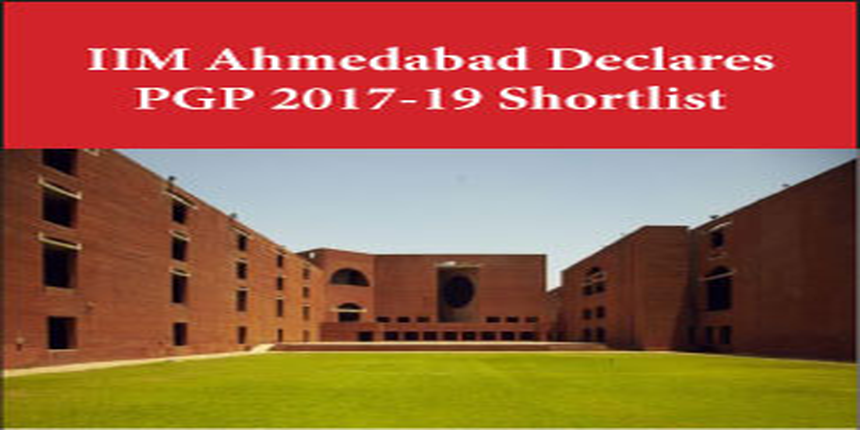 You can check your IIM Ahmedabad shortlist status in the below window by following the given steps:

In case you are shortlisted, the AWT and PI schedule and venue will also be intimated to you at the same page. You will also receive the interview call letter through email. Last year, as many as 1,182 candidates were shortlisted for the second round of CAT selection process.

The minimum CAT 2016 cutoff to be eligible for getting shortlisted are given in the table below.

The AWT and PI rounds will be conducted in the cities of Ahmedabad, Bangalore, Chandigarh, Chennai, Hyderabad, Kolkata, Mumbai and New Delhi/NCR.

The final selection will be made on the basis of the following formula:

This year, as many as 1,95,000 test takers had appeared for CAT 2016 out of 2,32,434 candidates. This year, 20 candidates have secured 100 percentile, incidentally all of them are male and belong to engineering background.

Stay tuned to bschool.careers360.com for more news and updates on IIM Admission.