XAT 2018 is conducted on Sunday, January 7, 2018 by XLRI Jamshedpur in 47 cities across India and two international cities. It is the first time that XAT is being conducted in computer based mode in single day and slot. The duration of XAT 2018 is 3.5 hours and is scheduled from 10 AM to 1.30 PM. Around 90,000 candidates appeared for the test. The overall difficulty level of the exam is expected to be tough. XLRI Jamshedpur had announced slight changes in the exam pattern in terms of number of questions and negative marking scheme for unattempted questions. Unlike last year, this year there will be 75 questions instead of 72. Candidates are allowed to leave out as many as eight questions, beyond which there will be negative marking of 0.05 marks. 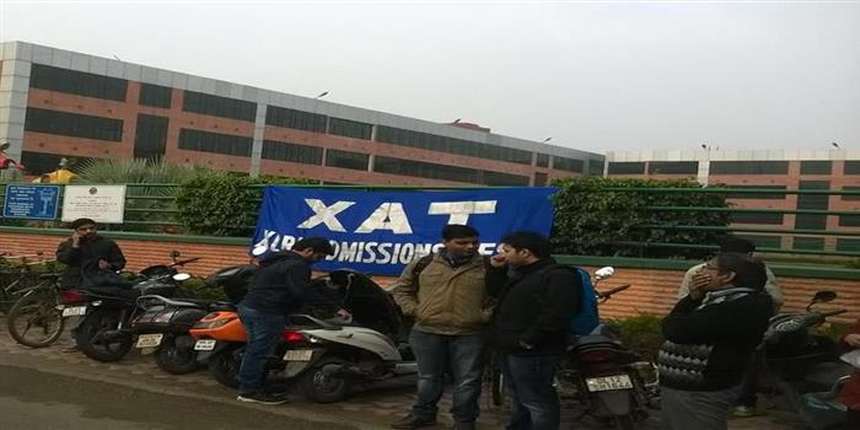 XAT 2018 test takers report at their respective XAT exam centres as early as 8 AM as no candidate will be allowed entry after 8.45 AM. The following table brings to you the timings of XAT 2018.

According to the XAT 2018 exam pattern, the computer based XAT will have two parts. Part 1 will be of 170 minutes duration and carry 75 multiple choice objective type questions from three sections, namely, Quantitative Ability & Data Interpretation, Verbal and Logical Ability and Decision Making. Part 2 will be of 40 minutes duration and consist of 25 GK questions and one essay writing. Careers360 brings to you Live Updates from XAT 2018 test centres.

10 AM – As the demo test gets over, invigilators instruct test takers to sign in and start the actual test. XAT 2018 begins.

9.30 AM – Candidates are assigned their systems according to their seat numbers after capturing their biometric records. Since it is the first ever computer based XAT, a demo test of half an hour duration commences.

9 AM – Late comers rush towards the centre and plead for entry. Centre officials deny entry but finally allow them after checking the documents

8.45 AM – Entry gates open as the official reporting time arrives. Test takers queue up in front of the gate. XAT exam centres’ security officials check their XAT admit cards, photo identity card and frisk them before letting them inside. Few candidates who have forgotten their admit card and identity proofs are not allowed inside.

8.30 AM – More candidates reach the test centre and check the display boards outside the entry gate to note their seating arrangement by matching roll number from the XAT 2018 admit card. Some candidates missed pasting their passport size photograph on the admit card, they do the needful with the assistance of parents or centre officials.

8 AM – XAT 2018 candidates reach the test centre almost an hour before the reporting time, which is 8.45 AM. They utilise the opportunity of reaching early by going through last minute revisions and engaging in discussion with fellow test takers.

The scores of XAT 2018 will be accepted by over 150 B-schools across India. The XAT 2018 answer key will be declared within 10 days by XLRI Jamshedpur on its official website. XAT 2018 result is scheduled to be declared on January 31, 2018. After the result, the XAT participating institutes will release XAT 2018 cutoff and shortlist candidates based on that who would have to appear for the XAT selection procedure.