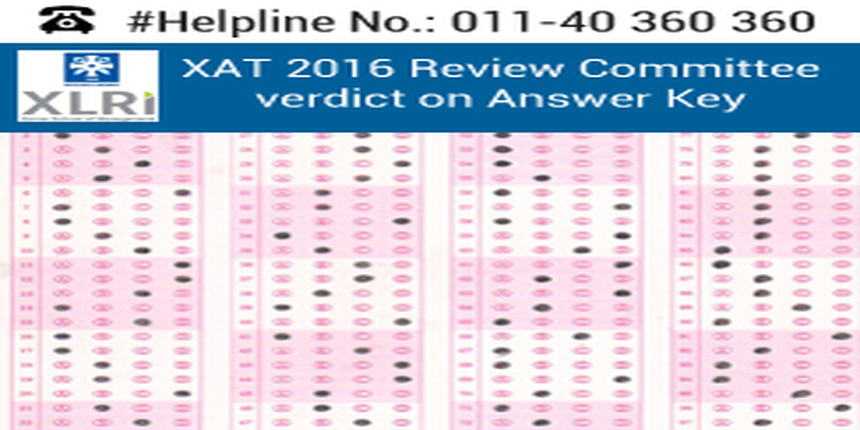 XAT officials had earlier received feedback from candidates regarding doubts in the answers to as many as 12 questions, provided in the answer key. After receiving feedback on the same, XAT authorities had set up a committee of five professors to review the concerned questions. Careers360 had reported varying answers in XAT officials answer key as compared to answer key released by different coaching institutes. The expert committee however decided that no changes were required in the official answer keys.

After releasing the OMR Answer Sheets, XAT officials has invited feedback from students on any discrepancy they may notice. “Please scrutinize your OMR sheets and mail us, in case of any discrepancy, at admis@xlri.ac.in before 24th January, 2016,” read a notification from XAT officials.

Below is an OMR Answer sheet pdf of a XAT Taker:

Earlier, XAT officials had withdrawn a question as none of the answer options were correct. “Question 77 is withdrawn since the options did not have the right answer,” read a notification on XAT website.

The exam was conducted on Sunday, January 3, 2016, in paper-pencil based format with major changes in its test pattern.  The result of XAT 2016 is expected to be declared in the last week of January 2016. The result will be declared in the form of score-cards where the test takers will get section wise and composite scores out of the total marks along with the percentile.