India’s oldest MBA degree granting institute - Indian Institute of Social Welfare & Business Management (IISWBM), may soon get university status with the power to affiliate B-schools located in various parts of West Bengal. The institute, established in 1953, has been offering MBA degree in various management programmes since its inception. 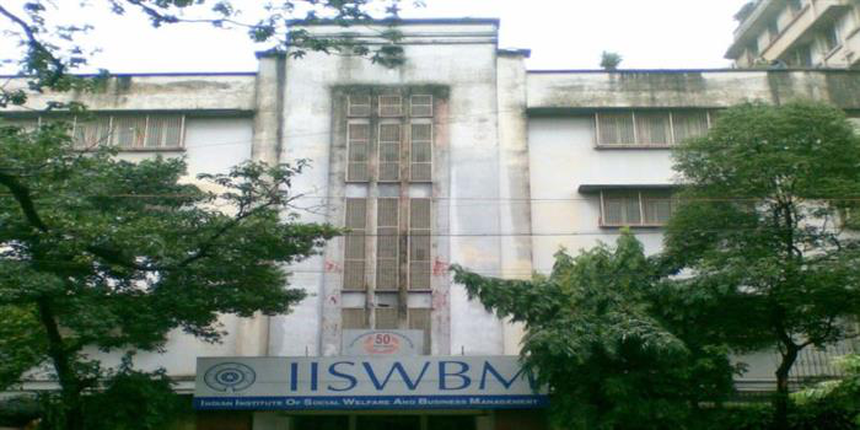 To give a fillip to higher education in the state, the West Bengal government is planning to establish five universities in different parts of the state. Partha Chatterjee, Education Minister of the state last week said that the government will table all five bills in the upcoming winter session of the assembly, likely to begin in the second week of November.

Upon getting the status of University, IISWBM will be able to develop its own curriculum, collaborate with institutions and industry independently along with complete autonomy in the recruitment of teachers, examination processes and issuance of degrees. Currently, IISWBM affiliated Calcutta University and it needs the approval of the state university for all major decisions.

Prof Soma Bandyopadhyay, Director, IISWBM speaking to Careers360 said, “Getting status of a university will certainly benefit the institute in several ways. For example, we will get more funding for development. Till now, almost all the expenses of the institution was borne by the institute alone either through fee from students or from faculties through their various types of consultancy projects. Now, we will become eligible for funding from the UGC as well as from the state government.”

Besides IISWBM bill, the other four bills will seek to establish Green University in Chinsurah, Hooghly; Biswa-Bangla University in Bolpur; and two multi-disciplinary universities in Jhargram, West Midnapore and Haldia, East Midnapore.

Prof Bandyopadhyay added that the university status will also make the institute an international institution and enable it to forge more collaboration with foreign institutions and also help the institute get a good number of students from other countries as well.

Stay tuned to bschool.careers360.com for more news and updates on IISWBM Kolkata

How is Master in Retail Management program at Indian Institute of Social Welfare and Business Management (IISWBM), Kolkata?

Since it's inception in 2006 RETAIL MANAGEMENT Department has placed students successfully and making their mark in the Companies like Ikea, Walmart, Future Group, ABFRL, Reliance Retail, Shoppers Stop, Raymond's, ITC, Landmark Group, Best Seller, Puma and many other establishments in India and Abroad. Compulsory curriculum INTERNSHIP are in the course. The department started way back 2006 to cater the vast expanded Retail space and the need of the trained workforce in the Industry. One of its kind curriculum which provides dual compulsory Industrial exposure for the students which adds up the theoretical knowledge into real time application of those models.

hope this information is helpful for you

Which is to be a good option IIM Bodh Gaya or IISWBM Kolkata ?

IIM tags matters in the long run and almost all the IIMs have the same career opportunities except for the top 5. All have a good chunk of recruiters coming for the placements, and internships.

IISWBM Is also a good college, but between IIMs tag and IISWBM IIMs are a good choice.

Is it possible to get back the refund from IISWBM KOLKATA after getting the admission ?

you won't get refund now. for more information, please visit the help desk of the institute @ http://www.iiswbm.edu/

Is it the good decision to choose IISWBM KOLKATA over IIM JAMMU ??

Both IIM Jammu and Indian Institute of Social Welfare and Business Management, Calcutta are good in the management field. IISWBM, Calcutta is one of the oldest management institutes of India and IIM Jammu is youngest of all 20 IIMs. IIMs always have an excellent bundle of faculties but when it comes to the placement, it lacks in that field. On the other hand, IISWBM, Calcutta, being the oldest, has many experienced faculties to guide you. However, the Highest CTC is not up to the mark, but the placement percentage (which is almost 96%) is great. Apparently it's a good decision, but you must check everything before taking any major step.
Read More
Answer

I got selected in both IIM Jammu and IISWBM Kolkata...Which college is good for doing MBA ??

See both colleges are good. and both of them have their own pros and cons, advantages and disadvantages and their own uniqueness. But if i were at your place, then I might go with IISWBM Kolkata college to be on the safer side. It has great placements as welll apart from the infrastructure and good teaching faculties.

Refer to the sites below for more detailed information -

Answer later
Report
View All Questions
Have a question related to IISWBM ? Ask

Your IISWBM brochure has been successfully mailed to your registered email id .