NMAT by GMAC 2017 has received around 88,454 applications, which has increased by seven percent as compared to last year. Last year, the total number of application was 82, 928. NMAT by GMAC window for registration was open from July 4, 2017 till October 14, 2017. The exam was conducted from October 5 to December 18, 2017. According to GMAC or Graduation Management Admission Council, 40 percent of the candidates are women and 47 percent candidates belong to non-engineering backgrounds. 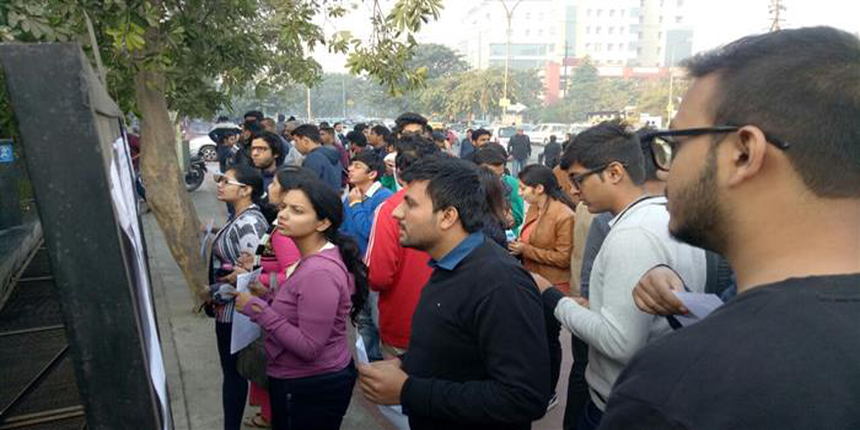 Sharing the possible factors behind the increase in number of NMAT by GMAC 2017 applicants, Vikram Shah, Director - Product Management, GMACsays, “In 2017, we have expanded the NMAT by GMAC test centre network by 100 percent from 24 cities to 48 cities and additionally opened testing internationally in Sri Lanka, Bangladesh, Nepal and Bhutan. We believe that the additional benefits offered to candidates on the official prep have boosted candidate’s confidence. We continue to see the most diverse set of diversity in our test taking population with 40 percent women and 47 percent non-engineering candidates registered for the NMAT by GMAC in 2017.”

Gaurav Srivastava, Regional Director, GMAC, South Asia adds, “This year we are witnessing a much stronger preference for the NMAT by GMAC exam by the business schools accepting the exam. Large candidate pool to choose from, diversity in gender and stream of education are some of the factors that’s driving this preference. We also saw a quantum jump in the final admits coming through the NMAT by GMAC exam in various business schools.”

GMAC acquired NMAT from NMIMS in March 2015 and rebranded it as NMAT by GMAC. The final NMAT by GMAC 2017 result will be declared in the third week of January 2018. The last date to download official score card is March 31, 2018.

if one is a pwd student and is allowed to arrange for ones own scribe, what is the eligibility criteria for the scribe ?

As you haven't mentioned that about which entrance exam you are asking about so I'm not sure about my information.

As there are some entrance examinations in which scribes are not allowed such jee mains, jee advanced and neet.

But if the entrance exam is other than these, then there are some rules which needs to be followed. To check those rules you can refer to the link mentioned below-

neet 2020 s expected score is 470. under OBC category would I able to fetch mbbs seat in H.P.State qouta.

Normally in himachal pradesh the cut off goes quite low as compared to other states last year in 2019 the cutt of for general category was 495+
It is hard to say that the possibility of yours to get the government medical seat from state level councelling is not so high
But may be in mop up round you get your seat because cutt off always varies every year.

You can use these links for college predictor and rank predictor -

I got 14692 rank in jee mains.In which NIT S do I get computer science and engineering.

Hi,
Congratulations for your rank
There are several  nits where you can get computer science in engineering with your score.
You can check the closing and opening ranks of various nits in computer science stream by clicking on our link https://engineering.careers360.com/articles/nits-cutoff-for-b-tech-computer-science-and-engineering
Read More
Answer