The application process for MICAT 2017 has started from Friday, September 30, 2016. The officials had released the MICAT 2017 notification regarding the application deadline and test dates on September 22, but the application start date was not announced. It was indicated that the process will commence from either last week of September or first week of October 2016. MICAT 2017 will be conducted in two phases, on December 11, 2016, and February 12, 2017, in computer based mode. 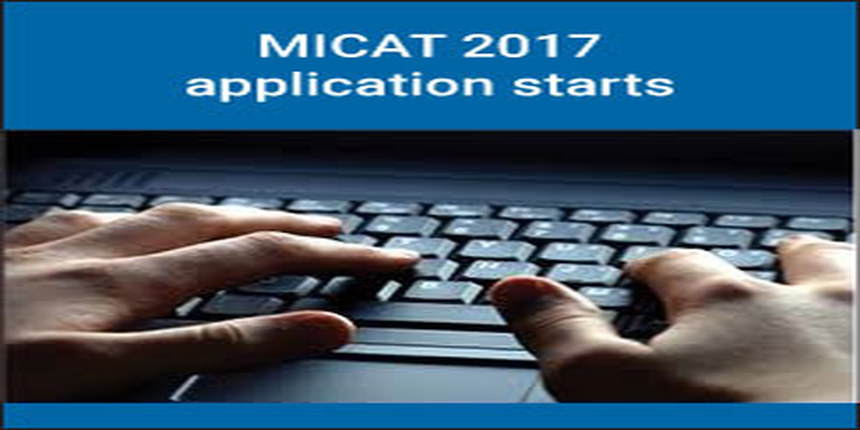 To be eligible to apply for MICAT, candidates must have valid scores of at least one of the national level tests namely, CAT 2016, XAT 2017 and GMAT (2015 onwards).

The second round of applications for MICAT-II will be conducted from January 3-31, 2017. Last year, 5251 candidates registered for MICAT I for the academic year 2016-18.

Along with the dates of MICAT-I, the officials have also announced the schedule for MICAT-II. The second test of MICAT will be conducted on February 12; on the same day of IRMA 2017. In the test, MICA will assess candidates based on 6 sections: Psychometric (P), Verbal ability (VA), Quantitative ability (QA), General awareness (GA), Divergent-Convergent Reasoning (DCR) and Descriptive Test (DT). MICAT will be held across 27 cities, which is increased compared to last year’s 14 test cities.