The Directorate of Technical Education (DTE) has declared the result of Maharashtra Common Entrance Test for MBA/MMS/PGDM programmes prior to its original schedule, which was March 29, 2016. The exam was held in computer based mode in a window of 2 days, on March 12-13, 2016.

The test takers can check their scores by entering their Registration/Roll Number and click on ‘Submit’ to check their sectional and overall scores and percentiles. 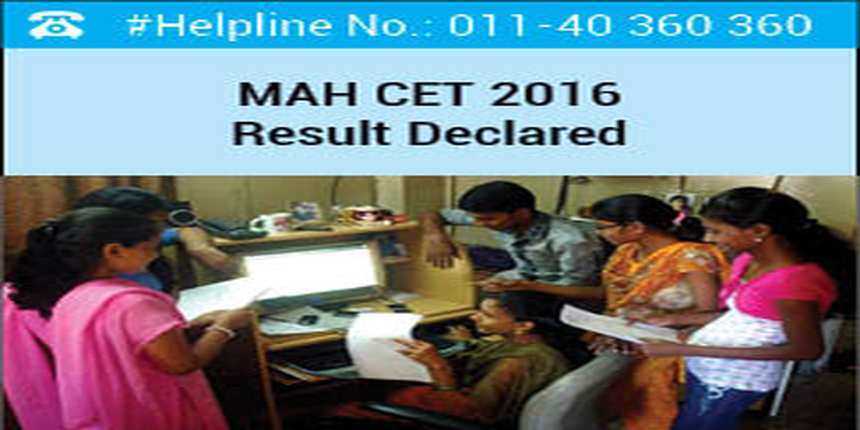 Approximately 70,000 candidates had appeared for the exam across 166 test centres in India. The total number of registrations was 74,305. DTE will announce the CAP rounds or the counselling process tentatively around May. The final merit list will be declared in June 2016.

Over 400 B-schools across Maharashtra conduct their admission through MAH CET. The cutoffs are expected to be announced by DTE prior to the counselling process. The qualifying candidates will be allotted seats based on their merit and the institute cutoffs.

This year, MAH CET exam pattern had undergone changes. Unlike previous years, each of the 4 sections, namely Logical Reasoning, Abstract Reasoning, Quantitative Aptitude and Verbal Ability/Reading Comprehension had fixed number of questions. The highest weightage was given to the Logical Reasoning section, which was 75.

Stay tuned to bschool.careers360.com for more news and updates on MAH CET 2016.