IIM Lucknow director Devi Singh told media personnel on Thursday that the IIM Board of the Lucknow IIM had taken the decision to slash its fees by 10% for its flagship Postgraduate programmes in management and agri-business for the current academic year 2013-14. The fees will see a reduction of Rs 1.2 lakhs from 12 lakhs to Rs 10.8 lakhs 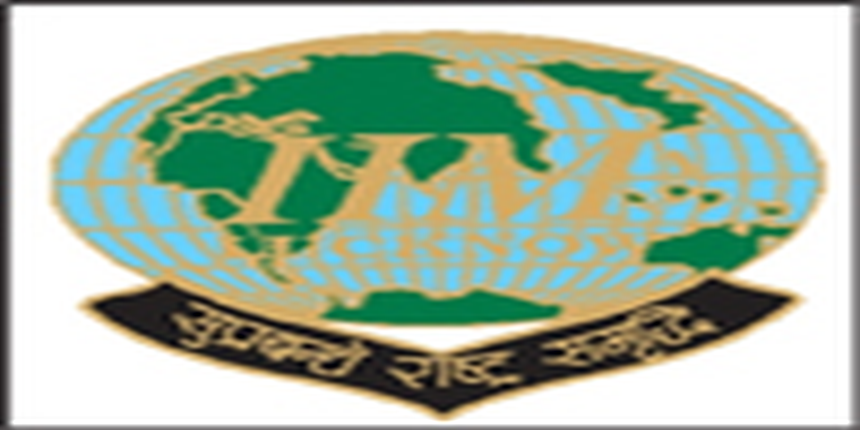 The reason cited by the Director behind this student friendly decision was the need to open up the doors of such a prestigious institution to all students including those from the lower middle class who could otherwise ill afford it. The fees have always been a deterrent to such students in spite of availability of student loans.

IIM Lucknow follows a two year fee revision system and the last fee revision was in 2011. With this decision, IIM Lucknow now holds the distinction of being the one with the lowest fee structure amongst all the IIMs. In spite of being set back by 5 crores off the corpus with this decision, Devi singh said that there would be little impact on the infrastructure or quality of education.

The Director Devi Singh who is due to retire by the end of 2013 has mentioned that he leaves behind a corpus fund of Rs 300 crores which has been brought about by efficient financial management and broadbasing of revenue sources. He was happy to mention that the institute no longer relied on government grants. He assured that IIM Lucknow would continue with the successful financial management systems with optimal utilization of resources and that students would always have the best in terms of infrastructure, quality in education or any services associated.

The Chaiman of the IIM Lucknow Board, JJ Irani stated that IIM Lucknow would be taking the lead in reaching out to students from all sections of the society with the lower fee structures. He felt that this would ensure a wider selection of students enrolling in the institute due to the programmes being affordable.

IIM Lucknow Fees - Know the fee structure and the number of se...

IIML has released the list of the shortlisted candidates for t...

Sorry to inform you but you don't seem to have a decent academics to get calls from IIMs. Despite your OBC status, a score of 70% + in your academics along with 97/98 percentile could have helped you get a call from the baby IIMs too.

However don't get disheartened. Aim for 99 percentile. There might be chances of calls from the new IIMs or other equally good management colleges.

All the best for your future. Incase of any concerns, feel free to comment.

What is the number required for admission in iim Lucknow for mba ?

Hi,
It is difficult to predict the exact cutoff for the college as they changes every year depending upon the difficulty level of exam , total number of candidates who gave the exam,  etc. But if you want to get a rough idea about the previous year cutoffs for iim lucknow you can click on the link mentioned below

Im a fresher, Which one is better to take IIM Lucknow or doing job in IT company at the package of 8 LPA?

BLACKI are considered as the old IIMs and hence people die to take admission in them.

If you are a fresher and you have been accepted in  IIM lucknow then I will suggest you to go for it without a doubt.

Doing a 8 lakhs job won't assure you a growth career but clearing your management from a top notch IIM will surely help you with a good package in your job profile.

My profile: 90.6%/96%/8 in 10th/12th/graduation from political science. I am a general category student with no work experience. Will getting IIM lucknow easy for me at 99.5 percentile provided that I clear all section cutoffs.

Yes of course, according to the data mentioned by you, you have decent chances to get a call from IIM Lucknow provided that your score 99+ percentile in CAT.

For your clarity let us understand the complete admission procedure for IIM Lucknow :-

In IIM L there is a selection process involving two stages, for first stage which is of WAT and PI, the candidate is shortlisted on the basis of given CAT cut-off percentiles and on the basis of his/her academic diversity, performance, work experience and other parameters and the qualifying cut-offs for different programs are given below :-

For final admission IIM Lucknow will shortlist the candidates according to the following weightage :-

You can check out complete admission process for IIM L from the link given below :-

Similarly for admission process and complete details of cut-offs of other IIMs kindly check out the link given below :-

You can also use CAT Pathfinder to predict your chances to get call from different IIMs and non-IIMs :-

I have 90.6%in 10th , 96%in 12th and 7.8cgpa in BA political science and I am genreal category male with no work experience. Will getting 99.5+ percentile guarantee my selection in IIM lucknow?

Your scores are quite impressive but even if you get 99.5 percentile then also selection in not guaranteed in any of the IIMs. First of all you will have to clear the sectional Cutoff of IIMs. Remember every IIM has a different sectional Cutoff and every IIM weightage pattern is also different. There are three sections in CAT, VARC, LRDI and QA. Basically you will have to score minimum 75-80 Percentile in every section and atleast 95-99 percentile to get a call from Indian institute of Management, Lucknow.

Now, if you successfully cleared sectional Cutoff, there will be three more rounds i.e. WAT, GD (Group Discuss) and PI (Personal Interview) round. Since you are a from a Non Engineering background you will get additional marks.

To know more about more details about Indian institute of Management, Lucknow, please go through this link

Your IIM Lucknow brochure has been successfully mailed to your registered email id .