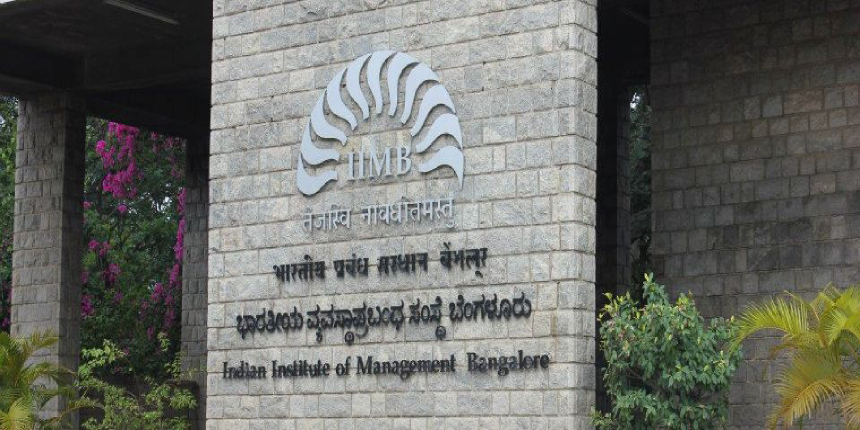 Let us take a look at the sector-wise placement trends at the IIM Bangalore final placement 2019.

In the Technology Consulting domain, there were 20 offers and PricewaterhouseCoopers made the highest number of offers, i.e. 12. Larsen & Toubro Consulting and Thoucentric made four and two offers respectively. Accenture Technology and  Cognizant Consulting made one offer each.

Finance was the second highest recruiting sector with 54 offers. Goldman Sachs made the maximum of seven offers followed by JP Morgan (four). Deutsche Bank, Citibank and HSBC made two offers each. Barclays and Standard Chartered extended one offer each. Other Investment firms included Avendus, which made three offers and Matrix Partners, Axis Capital, Allegro Capital, Arpwood Capita, Tata Asset Management and True North made one offer each. Among banks and financial firms, ICICI Bank made the maximum of eight offers, and others included Société Générale (five), Royal Bank of Scotland (five), ANZ (three), Bajaj Finserve (one), and PWC Deals (one). Corporate Finance roles were offered by Reliance Treasury (two) and EMAAR (one).

The Sales & Marketing domain made a total of 47 offers, of which the highest offer was made by consumer good firm Anheuser-Busch Inbev, which was nine. Other recruiters included Samsung Electronics (eight), Procter & Gamble (four), Nestle (three), Asian Paints (three), Lenovo (three), Wipro Consumer Care (three), Bajaj Auto (two), ONGC (two),  Mondelez (one), Dr Reddys (one), Indian Oil Corporation (one), Colgate Palmolive (one), Vodafone (one), Coca Cola (one), Sigtuple (one), Maruti (one), St Gobain (one) and Jubilant Foodworks (one).

As many as 32 offers were made in this domain by companies ike EXL Services (nine), WNS Global (five). American Express (four), Gartner (four), UnitedHealth Group (three), Visa (three), MasterCard (two), Addzebra (one) and CRISIL (one).

A total of 18 Operations roles were offered by Bharti Airtel (four), Uber (four), Cloudtail (three), Accenture Operations (two), Amway (one), Hindustan Coca Cola Beverages (one), Danaher (one), Lenskart (one) and Schneider Electric (one).

IIM Bangalore Admission Criteria 2021 - Know all about the IIM...

IIM Bangalore Fees and No. of Seats - Check out the complete f...

No, you will not  eligible for IIM Bangalore because you dont have work experience after complete your graduation. IIM Bangalore having some criteria to take admission, such as Bachelor's degree (minimum 50%) in any discipline as per the 10+2+3 norms with Minimum 4 years work experience in any industry after the Bachelor’s degree.

Apart from that i have shared a link with you where you will get all information regarding eligibility ,admission procedure and many of IIM Bangalore and you can refer it .

Hope it will helpful

Do people who have less than 90 percent in 12th get admitted in IIM Bangalore? If anyone could please guide. Regards, Snehansh

Yes they have! What matters the most is your overall profile not one or two features of it. There is no bar that people with less than 90% marks can not be admitted. It only depends on how much you are able to impress them with your overall profile. Try to highlight your work experience if any. It will benefit immensely. Interviewers need to see that seal within you to excel.

Your IIM Bangalore brochure has been successfully mailed to your registered email id .