The Indian Institute of Foreign Trade - IIFT has announced the names of shortlisted candidates on December 14, 2015 on its official website. As per the IIFT 2015 Results, a total of 1508 candidates have been shortlisted for further admission process at IIFT Delhi and Kolkata campus. 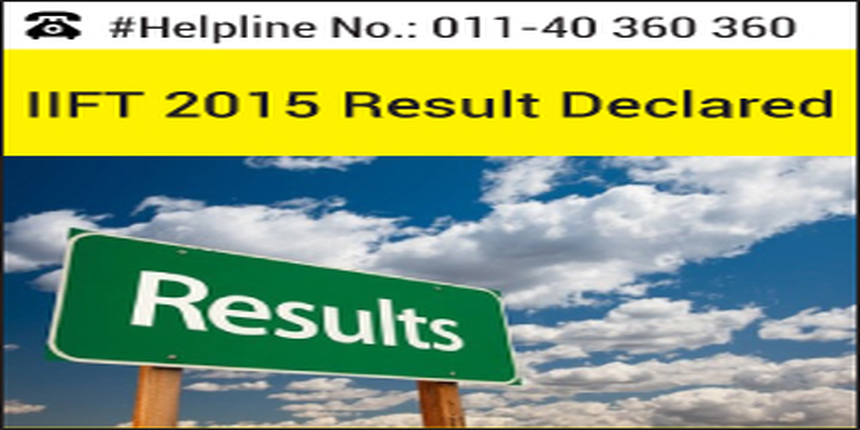 IIFT conducts its national level entrance test- IIFT for admissions to its post graduate level MBA- International Business programme. The shortlisted candidates now have to follow the IIFT 2015 selection process to avail final admissions for around 250 seats at both the campuses. Last year, IIFT had shortlisted 1269 candidates for around 220 seats in IIFT’s Delhi and Kolkata campuses. This year the number of shortlist candidates along with the number of seats has increased.

The IIFT 2015 was conducted on November 22, 2015 in an offline format, in which approx. 50,000 candidates appeared. Students who appeared in the test can download the list and check whether or not they are shortlisted for further admission process. However, the candidates cannot download their IIFT 2015 score cards yet. The final result is expected to be declared in April 2016 where IIFT will release the Score Card declaring the sectional and overall scores along with the cutoff.

As per the IIFT selection process, these shortlisted candidates must now appear in the Essay Writing round, Group Discussion and Personal Interview rounds. The Essay Writing and GD & PI rounds are likely to be conducted in the month of January/February 2016 in the cities of Bengaluru, Chennai, Delhi, Hyderabad, Kolkata, Lucknow and Mumbai. The shortlisted candidates will also have to submit a Statement of Purpose (SoP) which would be an important criterion for the selection process at IIFT.

On the basis of the combined scores, the IIFT 2015 final selection list will be prepared. The final merit list is likely to be released on April 2016.