DU JAT 2016 was an objective type test with a total duration of two hours. The candidates had to answer a total of 120 multiple choice questions within the given time. The test was divided into 4 sections. As per the marking scheme, each correct question carries 3 marks and there will be a negative marking of 1 mark for each wrong answer. The total mark of the test was 300. 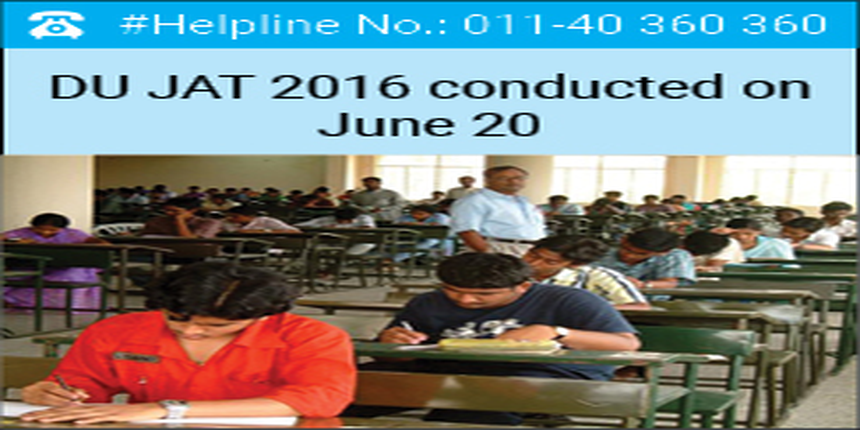 It is likely that around 20,000 candidates registered and appeared in DU JAT 2016. The officials will announce the results by July 4, 2016. After the results are announced, candidates will be called for counselling rounds as per their ranks/scores.

The candidates for BMS and BBA (FIA) will be selected through group discussions and personal interview rounds, whereas, the BA (H) Business Economics students will be admitted on the basis of counselling. After the DU JAT 2016 Selection procedure/counselling is over, the list of candidates finally selected for admission to BMS and BBA (FIA) programs, along with the wait listed candidates (in order of merit) will be displayed on the website, in the last week of June 2016.