Delhi University has announced the Results for its undergraduate entrance exam DU Joint Admission Test (DU JAT) on July 2, 2016. The results have announced the shortlist status of the candidates who had appeared for the entrance exam for BMS, BBA (FIA) and BA (Hons) Business Economics courses, which was conducted on June 20 in paper pencil based mode. As many as 4682 test takers have been shortlisted for the GD and PI rounds. The total number of test takers is 20,805. 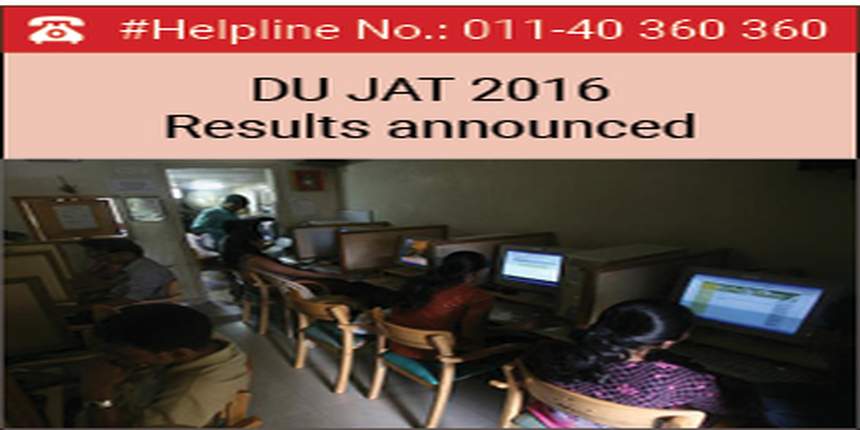 The GD and PI rounds will be conducted from July 5 to 10, 2016. The schedule and venue for the selection procedure are also given in the result.

Documents to bring from the selection procedure:

The University of Delhi has announced in a notice the documents and certificates to be brought for the GD PI rounds.

The venue of the selection procedure is Ramanujan College, Kalkaji, New Delhi.

The exam was a multiple choice objective type test, where the candiadtes had to answer a total of 100 questions within the duration of 2 hours. After the announcement of the results, the shortlisted candidates have to appear in the selection process to avail final admissions in their preferred college.

Final Selection will be made for all categories on the basis of the weights provided below:

The 6 colleges that offer BMS admissions via DU JAT scores are Deen Dayal Upadhyaya College, Shaheed Sukhdev College of Business Studies, Keshav Mahavidyalaya, Maharaja Agrasen College, College of Vocational Studies and B R Ambedkar College. In all, there are approx. 1127 seats offered across the mentioned colleges.