The All India Council for Technical Education (AICTE), after delaying the release of CMAT 2016 Admit card has finally announced the availability date for the admit card. Candidates can now download their CMAT 2016 Admit Card starting from January 9, 2016, 9 am onwards till the exam day. Initially, the admit card was scheduled to be available from January 5, 2016, but was delayed by the conducting body till further notice. 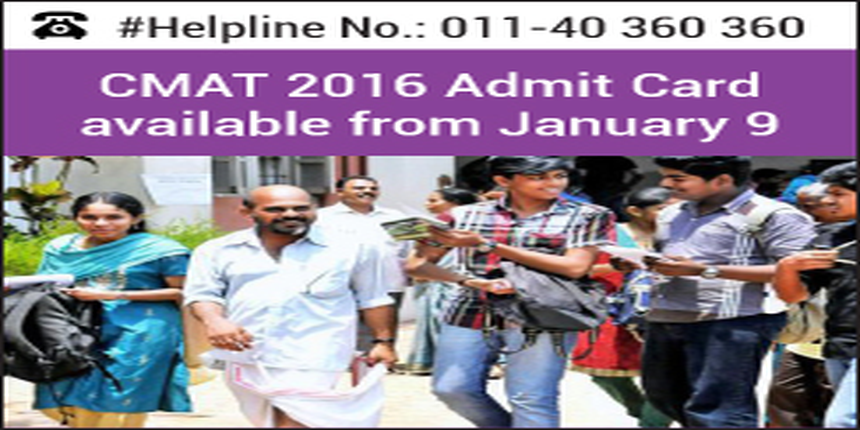 AICTE conducts its national level computer based common management admission test – CMAT for admissions to post-graduate management programme to AICTE approved institutes for the academic year 2016-17. The application process started from November 3 and ended on December 13, 2015. Only registered candidates will be able to download their admit cards and later appear in the computer based test on January 9, 2016.

The admit card is the most important document to be carried at the test center. Without this, the test center authorities have all the right to restrain the candidate from taking the test. Not only on the test day, it is important to produce the admit card during the selection procedure at the shortlisted B-schools as well. Hence, the applicants must preserve the CMAT 2016 Admit Card carefully till the admission process is complete.

Earlier AICTE delayed the release of CMAT 2016 admit card which was scheduled to be available from January 5, 2016. The reason for the delay was not specified by the officials. CMAT 2016 will be an objective type online test with duration of 180 minutes, scheduled on January 17, 2016. The test will be divided into four sections with 25 questions to be attempted from each section.