CAT 2017, the admission gateway to 20 IIMs and over 100 B-schools across India for the 2018-20 batch, will be announced soon. IIM Lucknow is slated to release the CAT 2017 notification on the last Sunday of July. Prof. Neeraj Dwivedi, the CAT 2017 Convenor, stated, “The official CAT notification is likely to be released in end July 2017”. Over two lakh MBA aspirants are waiting anxiously to know what’s in store for them in this year’s CAT and how to direct their preparations based on the new exam pattern. The CAT 2017 notification will be released in national dailies and the official CAT 2017 website will also be made functional. Last year, the CAT 2016 notification was released on Sunday, July 31. 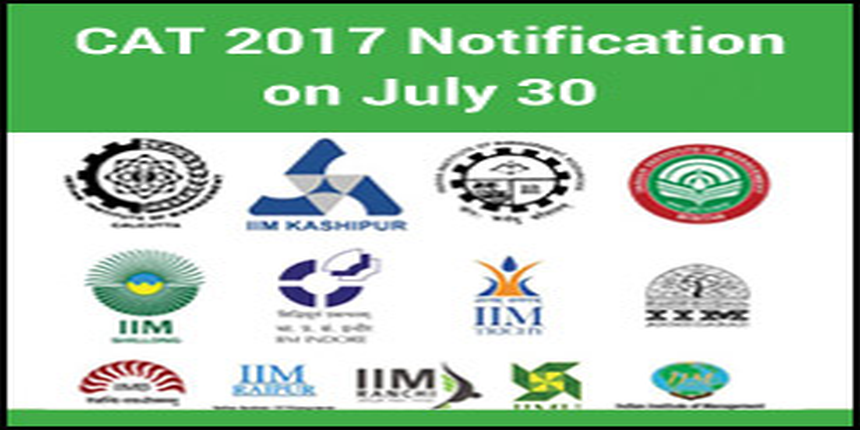 So far, the CAT 2017 Convenor from IIM Lucknow has not indicated any updates to the exam window, pattern or important dates. Owing to the dynamic nature of the exam however, aspirants can anticipate several changes. Almost every year, the CAT undergoes major changes. IIM Lucknow had last conducted CAT in the year 2010.

Based on last year’s timeline, CAT 2017 is expected to be conducted in the first week of December. The window of CAT was also reduced last year from 20 days to single day two slots, held in forenoon and afternoon sessions, and the same pattern is expected to continue this year as well.

The CAT exam pattern or structure of the test is given below:

CAT 2017 to be conducted by IIM Lucknow

Stay tuned to bschool.careers360.com for more news and updates on CAT 2017.

my maths is very poor is it possible for me to crack mat or cat ???

Hey aspirant,
I would like you to take some efforts to improve your maths, you can do just my practicing a good number of questions regularly, that's the only way you can improve it. Because maths is the most scoring part to get a good rank and percentile. Just practice regularly , so that it will help you to crack exams. Don't give up just do it:-)
Hope this is helpful!
Read More
Answer

Hi I have scored 603 marks in Gen. cat, domicile of Delhi. Any chances of a seat in Delhi.

I scored 418 Marks in NEET 2020 general cat. UK it was my second attempt can I get any good medical college or should I drop ??

Your marks for NEET 2020 is about 398, So I would suggest you to go through the rank predictor link for better understanding https://medicine.careers360.com/neet-rank-predictor

Now, you are from OBC NCL category and having Maharastra domicile please follow the link below to know previous year's cutoffs category wise for both All india quota and State quota. https://medicine.careers360.com/articles/neet-cutoff-maharashtra

The following factors on which the cut off of NEET depends are:

Please follow this college predictor tool for more clear vision about the college you have a chance according to your score https://medicine.careers360.com/neet-college-predictor?icn=QnA&ici=qna_answer

Hopefully, this will be helpful. Please feel free to ask any query in the comment section.

It's quite difficult to predict that whether you will get seat or not as cut off marks for medical colleges keeps changing every year depending upon various factors like number of students that appeared in the exam, kind of marks obtained by them , toughness level of the examination etc.

But when we go through previous data then it suggests that with 608 marks being from obc,  you hold very good chance to get a seat in Government Medical College.

in neet 2019,   521 marks  for obc category got a seat in Government Medical College Jalgaon under Maharashtra state quota

You also have chances in following Government Medical College under Maharashtra state quota:-

To get the list of colleges in which you have chances , you can go through our college predictor at

CA vs MBA - Know the Differences
View All News