The All India Council for Technical Education (AICTE) will launch its online CMAT 2016 trial test from December 12, 2015, as per the information available on the website. Earlier the trial or mock test release date was December 11, as given in the official announcement on November 6, 2015. Common Management Admission Test or CMAT will be conducted in an online mode on January 17, 2016. 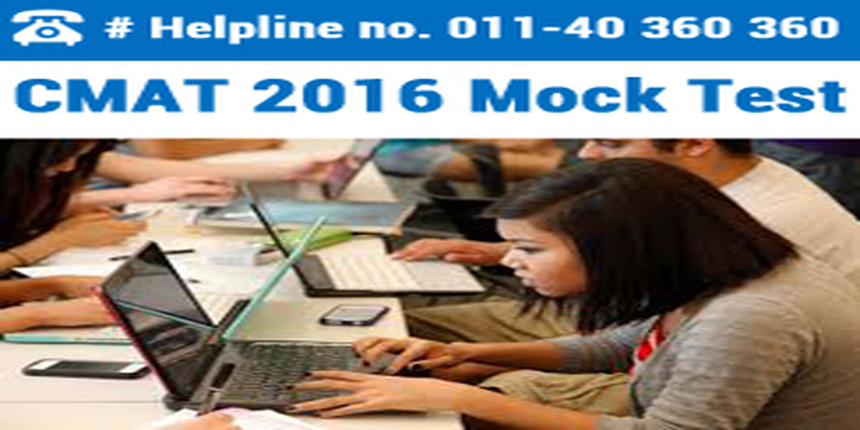 Till last year, CMAT used to be a bi-yearly exam conducted in February and September in a 4 day window. In 2015, CMAT was conducted till February and the CMAT September 2015 exam was scrapped. AICTE announced CMAT 2016 to be conducted once a year in January in an online mode only along with other exam related dates.

CMAT 2016 is a national-level management entrance test for admission to the AICTE participating institutes. It will be conducted as the main exam for Post Graduate Diploma in Management (PGDM) programmes for the academic year 2015-16. Mock (trial) test for the same will let the aspirants have an idea about the test pattern and other instructions to be followed while giving the CMAT 2016 test.

The CMAT 2016 application window is from November 3 to December 10, 2015, and it is likely that around 70,000 candidates will apply and appear in the test to be conducted around 67 test centers across India. The results will be declared on January 21, 2016, and the students can start downloading their score cards.