Annual Busines Conclave 2018 at XIMB: The Annual Business Conclave of Xavier Institute of Management, Bhubaneswar titled "Mercatique 2018", took place on Sunday, August 5, 2018. Organised by MAXIM, the Marketing Association of XIMB, the theme for this year’s conclave was "Marketing to the Post-Millennials". The conclave aimed at helping students in gaining new perspectives on existing and emerging market solutions. 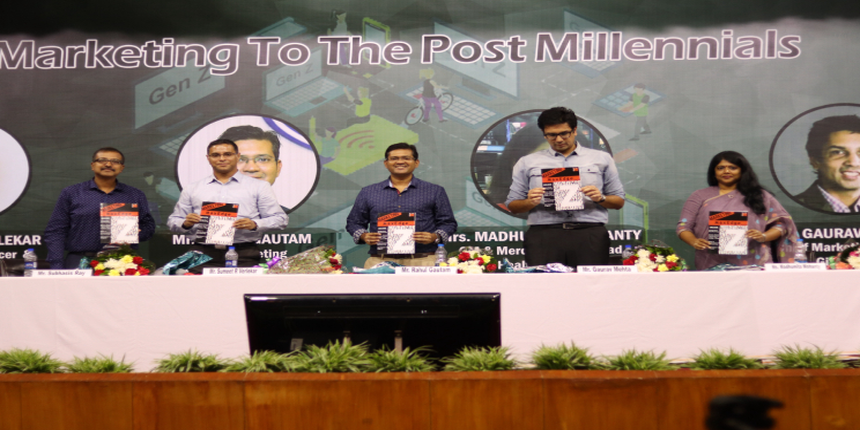 The opening address was delivered by Mr. Sumeet who elucidated on how the post-millennials stand out and the factors that should be considered when marketing to them. “Gen Z is extremely tech-inclined and has a low attention timespan. They need short, snack-able content which is less focused on data and more on visuals,” he said. He concluded with a short note on what it takes to appeal to Generation Z.

The next speaker, Mr. Rahul, shared his personal experience of being a father to Generation Z kids which has made him realize the tremendous number of changes that will be seen in the future. He explained how the current generation values self-education. He also laid emphasis on how they are all set to start their own venture rather than submit to the status quo. He illustrated with examples of Ford on how it designed its ad campaign for this mobile-first generation. In his conclusion, Mr. Rahul stressed on the importance of psychology in marketing.

The third speaker of the day, Ms. Madhumita, dived into how this generation can multitask effortlessly. She outlined the differences in priorities and values of this generation from the previous ones. She spoke about how social media influencers are now preferred to celebrities as far as endorsements are concerned. In her closing statement, she explained how emerging brands like Wow Shampoo and Hooda Beauty have designed their product and content based on customer feedback, and how that has led to their success.

Mr. Gaurav Mehta was the final speaker of the day. He started by explaining the marketing jargon “MECE” – Mutually Exclusive Collectively Exhausting. He stressed the importance of understanding the cultural values of customers, and went on to explain how Generation Z is good at figuring out their life priorities. He concluded with how this generation is homeward bound.

The enriching and insightful speeches were followed by a Q&A session with the guest speakers. The speakers answered thoughtful and challenging questions posed by the students during the interaction. Prof. Subhasis Ray then shared his insights and learning with the audience. This was followed by the launch of MAXIM’s marketing magazine – “MaxEdge”. The event came to a conclusion with a vote of thanks delivered by Mr. Gaurav Seth, Shadow Member, MAXIM.

XIMB Admission 2021 - Check out all the important details rela...

XIMB holds Business Conclave on the Importance of Organisation...

I'll recommend you to go for XIMB as the institute is age old and enjoys a good reputation.The college offers a lot of exposure to its students with 100% placement.  The Average salary package offered to the management students are- 12.44 LPA. The highest placement went upto 26 Lakhs last year.

Discussing specifically about the MBA in Business Management course, it is a full time course of 2 years duration. The total course fees is INR 19 Lakhs and the admissions are provided on the basis of minimum eligibility criteria as provided by the institute and the scores of CAT, XAT, GMAT and X - GMT scores. As per the reviews by the experts and students, the college has good faculty and facilities. The college focuses upon the all round development of the students. Also the faculty members are well experienced and knowledgeable.

The placement are also fair in this institute. The average package offered to the candidates is around INR 12.7 Lakhs per annum. So, overall, the institute is worth for pursuing the MBA in Business Management.

which college is best among IMI BBSR and XIM Bhubaneswar

Hello.
IMI and XIM bahut comes under one of the top 40 business schools.
Comparison between both is quite difficult they both stands on the same level but we still have to compare then we can compare it on the basis of placement ,ranking and fee structure there is a slight difference in rating, the rating of XIM is good that's why there is a very good package placement and that's why the fee structure is high in this.
Best of luck.
Read More
Answer

With your CAT percentile you can definitely expect a call from XIM Bhubaneshwar. But if you're looking for a career in Human Resources then XIBM is not a very good option. The Human Resource Management program is offered by XAHR which is under XU Bhubaneshwar. XIMB offers MBA in Business Management only. But the placements are decent for HR also. The average compensation package offered there lies between 9-10 lakhs and reputed companies like ICICI Bank, Wipro, Asian Paints, Deloitte, ITC and others visit the campus. The highest percentage is 20 lakhs. But there also only 70-80% students get placed. The fees for MBA HR is 16.9 lakhs

But with your scores you can also try XISS Ranchi as the academics and the placement scenario is absolutely same for HR but the fees for the course is 10 lakhs. The average compensation package offered there is nearly 9-10 lakhs with the highest package being 26 lakhs offered by Flipkart.

What is the average package of XIMB MBA RM

XSRM is the college under XU Bhubaneshwar that offers the Rural Management program. The fees for the entire course is nearly 15.9 lakhs. It is one of the most preferred colleges for recruiting professionals of Rural Management and CSR. Almost all the students get placed. Reputed companies like ICICI, Bharti AXA, Amul, HDFC, Arohan Financial Services, Ujjivan and some other NBFC MFIs visit the campus. The average compensation package offered there is nearly 7-8 lakhs.

Answer later
Report
View All Questions
Have a question related to XIMB ? Ask

Your XIMB brochure has been successfully mailed to your registered email id .