After announcement of CAT 2015 with major changes, it is time for XAT 2016 to make way for changes. Unlike CAT, the overall pattern is same, but the duration and marking scheme will be different compared to the XAT Exam held last year. 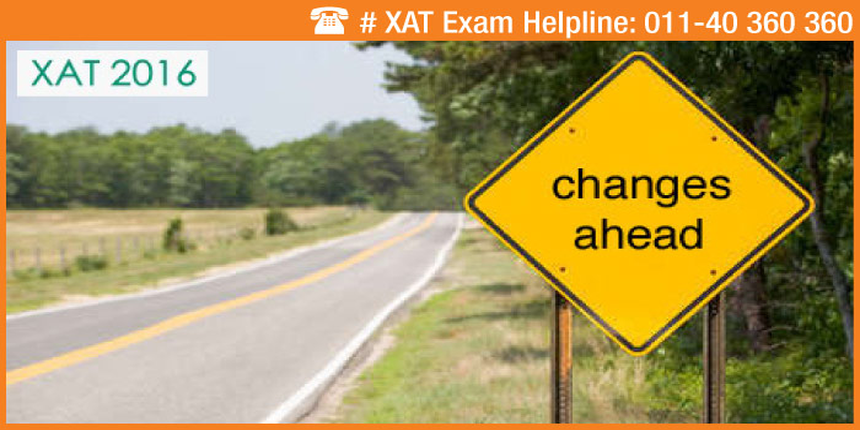 XLRI Jamshedpur had made the official announcement for XAT 2016 on September 4. The notification had stated the revised duration and the common application procedure for XAT and XLRI. In an exclusive interaction with Careers360, XLRI has shared the details about the changes introduced in XAT 2016. Let us have a look at the changes in detail.

Duration increased to 3.5 hours from 3 hours

Being a dynamic test, XAT brings in some or the other changes every year. This year, the major change has been the duration of the exam, which is increased to 3.5 hours from the erstwhile 3 hours. The Paper 1, which includes the objective type test of 3 sections, Quantitative Ability & Data Interpretation, Verbal Ability & Logical Reasoning and Decision Making will be of 3 hours duration instead of 2 hours 20 minutes.

The Paper 2, which is a mix of objective and subjective questions, includes 2 sections, General Awareness and Essay Writing. Till last year, this part of the exam was of 40 minutes duration but this year, the duration will be 30 minutes.

Stating the reason for the increase in the total duration, XAT officials mention, “The increased time has been allowed to help students attempt more questions.  We expect that this would increase the spread of marks among test takers. This step is likely to improve differentiation power of the test. In simple words, institutes using XAT score can be more confident about the difference between a good and bad candidate.”

Number of questions likely to decrease

Apart from the pattern wise changes, XLRI has introduced some operational changes as well. In terms of application procedure, this year onwards there would be a common application form for XAT and XLRI. “XLRI application has been embedded with XAT application. Candidates applying to XLRI do not have to fill up two separate forms.”

The application fee has also increased from last year, which was Rs. 1000.

Increase in number of participating institutes

The application procedure has started from September 4 and will end on November 30. The admit cards will be available from December 20 onwards.