Training of 500 Probationary Officers of Allahabad Bank at Amity University

Amity University was selected by Allahabad Bank, to undertake the challenging task of designing, developing and delivering the training program through an intensive and competitive procedure as part of the MoU signed between them.

For the first time, a public sector bank has decided to organize a long, intensive and focused training program for such a large number of their new recruits. The Bank plans to employ around 1500 new POs in the current year to meet the HR requirements. The initiative taken by the CMD is to ensure that the young POs are professionally trained, through the first 3 months of their career, in a manner that they are ready to effectively serve in the Branches right away.

Mr. K S Bains (a retired IAS officer and a Padma Shree Awardee) Advisor, AITD - said that it is for the first time that a Bank has thought of imparting such a comprehensive training to the new recruits in his welcome speech. He lauded the initiative and decision taken by the CMD of Allahabad Bank and expressed that the training programme would initiate long interaction and association of Amity with Allahabad Bank.

Ms. Shubhalakshmi Panse -CMD, Allahabad Bank while sharing her enthusiasm for the occasion said, “Banking industry plays a vital role in economy of the country. India has a robust and stable banking system as a result of which no big bank goes down in India. In India, Private and Foreign Banks contribute 30% to the economy of the country, rest 70% contribution is by Public Sector Banks.”

Ms Panse shared the information that after nationalization, there was a huge expansion in the banking sector, which led to the massive hiring in the sector. From 1984-1997, there was a complete embargo in the recruitment in the Banking sector. Subsequently, there became two factions in the banks- one of the old and experienced employees who are not tech savvy and other of young employees who are tech savvy but are tad little on the experience.

She remarked that the present training of POs is a step taken to seamlessly integrate the young POs with their seniors in the Banks. She also revealed that in 2017-18, Allahabad Banks would see massive retirement and there would not be many senior persons left to share the expertise and train the young blood.

The Promotion system has been compressed at Allahabad Banks and anybody can become General Manager at the age of 41-45 said Ms. Panse. At the same time, she reminded the POs of the great responsibility that would come as a result of compressed Promotion system; they would get less time for maturing as banker and they have to slog and gain that experience in 2-3 years which their seniors did in 7-8 years.

Talking about the relevance of Training Programme and choosing Amity for the same, Ms. Shubhalakshmi Panse remarked that Allahabad Bank has planned an upward growth trajectory; Bank has planned to achieve Rs. 3,60,000 crore of total Business by 31st March, 2014, for which the Bank is planning to hire and induct scores of new people into the system.

While delivering her speech she also mentioned that, to provide training to such a large number of POs in in-house training centres is not possible and Amity has requisite infrastructure, trained manpower to deliver the same in the best possible manner. She, further, shared that during the 3 months of training, POs, who are generally from diverse backgrounds, will be taught the nitty- gritty of the Banking including the use of CBS software, mobile banking, payment and settlement. The training would groom them to take over their outlined roles and responsibilities in the respective branches.

Ms. Panse encouraged the new recruits to be ethical and restrain from taking short cuts since in the long run, it is their character and innate values which will make or mar their future. She stressed that one factor that Allahabad Bank looks forward to in all the potential employees is “Loyalty”.

Addressing the gathering, Dr. Ashok K Chauhan- Founder President, Amity Group congratulated the young POs and assured them that Amity would groom them to become successful professionals and good human beings, who will change the Banking scenario of the country. He gave them the mantra of ‘BHAAG” where “B” stands for Behavioural Science, “H” stands for Hard work, “A” stands for Attitude, another “A” stands for Ambition and “G” stands for God. Dr. Chauhan convinced them that if they follow “BHAAG” in their life, they will never be left behind in their lives.

The first phase of the programme would include various modules to the POs that would include a mix of soft skills and technical skills such as “Legacy of India’s Banking Industry”, “Regulatory Framework”, “Customer Relations”, and “Banking Operations”, “IT based Core Banking Solution (CBS)”, “Team Building, Motivation & Leadership”, “Customer Relations & Management and Customer Service. 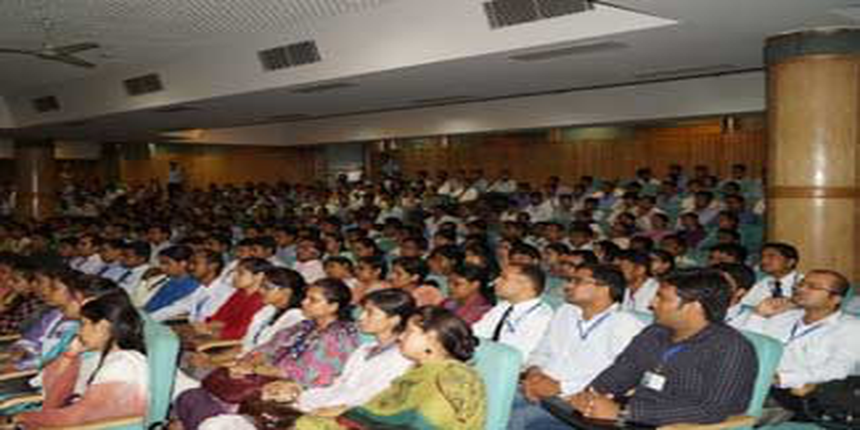 Amity University has started the admission process for the Master of Business Administration (MBA...

Create global perspective amongst students along with inc...

Suraksha Self Defense Training Programme to females at Am...

how is bsc in environmental science in amity university?

Hi aspirant
BSc in environmental science is a good option and doing it from AMITY UNIVERSITY is also a good choice. I'm BSc courses fees are not so high and admission from will available soon their offical website. You can apply from there.
Read More
Answer
Answer Later
Report
9 Views

How can i prepare for online entrance exam by amity university..?

The entrance exam for Amity university is AMITY JEE and the preperation time is very much important and must be utilised very carefully. Please go through syllabus and pattern of the examination and revise accordingly. Do write as many mock tests as possible and don't forget to go through the previous years papers of AMITY JEE.

For all the details about the AMITY JEE  exam please visit:

Does Amity West Bengal Take any entrance exam for admission and How much Board marks is required to take direct admission and what is its nirf ranking?

There is no as such entrance test but after you register for a course to the university then you have a small test for English and your subject for which you have applied . It's a MCQ based test . After this you will have a personal interview. All this happens in campus . After this you wait for the result for some days and they either mail you the result or they just call you to tell if selected. I hope this was helpful

In Amity University Application Form we are ask to submit Sop. What Should I Speak in that Sop video??

Harshit, SOP stands for Statement of Purpose. This is your chance to explain your career goals, ambitions, why you think Amity is the best place for that and why you think you can make it happen in Amity.

for Engineering, Amity or Amrita Vishvidyalay??

Please mention which campus of Amity University you are asking about. Not all the campuses are same. So please mention that.

View All Questions
Have a question related to Amity Business School, Noida ?

Your Amity Business School, Noida brochure has been successfully mailed to your registered email id .