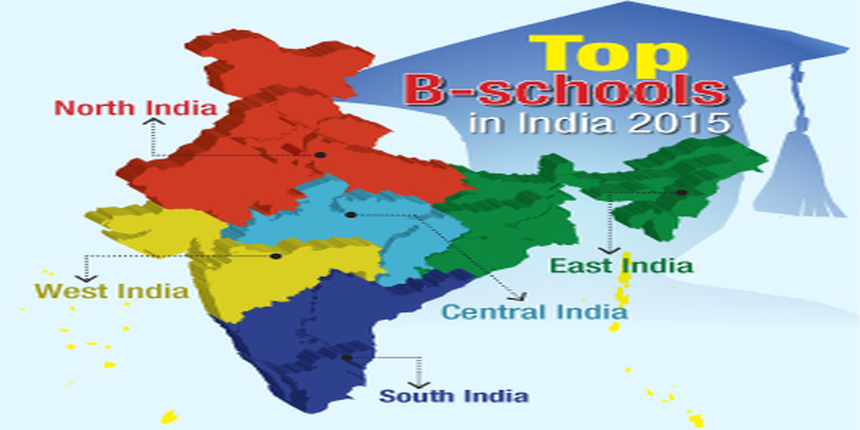 Careers360 B-School Ranking 2015 brings you a list of top B-Schools in India 2015 based on the nation-wide survey conducted on B-schools as an annual exercise. The objective of this ranking is to help you know more about the top MBA colleges in India and bring you insights for selecting the best B-School for your management programme. With admissions for most of the B-schools open now for academic year 2015-17, Careers360 Ranking of top B-Schools in India 2015 aims to facilitate your decision on MBA admission.

Careers360 B-School Ranking 2015 also brings you a list of top 100 B-schools that include top Public B-school and top Private B-schools separately.  Besides this, the prestigious and well-known B-schools which did not participate in the ranking process have also been mentioned under the 'Missing Schools' category so that you do not miss out any of the good B-Schools. Besides the top 100 B-schools in India, we also bring you lists of top rated B-schools in different states.

The process of scoring is based on seven core aspects, namely: Student quality, faculty quality, living, learning, research, placements and alumni. Each of the core parameters are a combination of one or more factors. For more details on the survey process, read B-Schools survey methodology of Careers360.

At the top level, in the private sector, there is very little change in the pecking order. Five out of ten schools retain their position while LIBA and SP Jain make an appearance. In the public sector there is tremendous movement, but only within the usual players. IIT Madras came a few notches down, while IIT Delhi and FMS Delhi moved up. But overall there is stability in the top category.

Student quality more or less holds good across the ranking spectrum. The cut-offs see very little change year-on- year. A new phenomenon is the reduction in candidates with work-ex across the board. An interesting trend is that with many good schools offering a 1-year concentrated PGDM, experienced students seem to opt them instead of spending  two years for an MBA.

Fully residential campuses tremendously impact the way a student lives and learns. Many institutions have not yet realized its positive impact. Not more than 20% of the rated schools are fully residential, and faculty residence is sparse. The realization that learning has to be process-driven has gained traction. About 36% of the schools surveyed have some form of external accreditation or are on their way to acquire one, but outcome-based, process-driven learning is still not a part of most B-Schools, especially in the bottom quartile.

High quality academic output is still in its infancy at B-Schools. We ran a search in Web of Science for nearly 500+ schools. Just about 56 schools had at least one refereed publication in the last three years. And, schools that are high on productivity have poor effectiveness (their h-index is too low). High impact research is quite a mirage for most schools. ISB Hyderabad, which we did not rank, stands out in this regard.

Overall, the data submitted shows that good schools are attempting multiple means to differentiate themselves. Be it immersive learning, integrated social causes into learning or alumni interface, the initiatives give reasons for hope. The churn is on. Days of students blindly seeking MBA admissions are over. Only good schools that offer value would stand out. The list is a partial attempt to celebrate the good ones.

Top B-schools across states in 5 different regions of India 2015:

Further, based on the Careers360 survey data for top B-schools in India 2015, as many as seven clusters have been formed to determine ratings for those schools which have not participated in the survey or have scored less than the minimum eligibility to be ranked among the Top B-schools.  We have segregated top rated B-schools on the basis of their location, under different zones namely East & North-East, West, North & Delhi-NCR, South and Central. Each zone comprises top rated B-schools grouped under different states.