Suraksha Self Defense Training Programme to females at Amity University

Amity University organized “Suraksha” an event for training self defence techniques to female students, faculty members and staff at Noida campus. This event was organized in association with Tech Mahindra- CanvasM and Child Association India- an NGO.

The chief guest for the occasion, Dr Kiran Bedi- Social Activist suggested to make safety awareness drives for women a huge movement across the country, involving all the Corporate, Universities, Educational Institutes and NGOs.

‘India has emerged as the most unsafe country for women in the world’ said Dr. Bedi. In India, every 3 minutes, there is a crime against women and every 29 minute a woman is raped and every 77 minutes an incidence related to dowry takes place.

She encouraged the females to learn civil self defence and download on their cells latest software applications which have been developed by various companies that can send messages and phone calls to the family and relatives of the girl in distress. Dr. Kiran Bedi also, apprised the female students of the strong parts of their body which they can use including knuckles, fingers, knees and elbows on the attacker’s soft and vulnerable body parts such as eyes, nose, jaws and groin in any untoward situation.

She called upon the society to raise responsible boys and brave girls to stop crime against women and suggested that like foreign countries, Indian Police should welcome the interested boys and girls to do internship with Police, understand their working, accompany them in PCR vans and patrolling so that youth of the country become responsible and geared enough to protect the women in the society.

“Every women should report the wrong doing against her, even if she does not want to go to the Police Station, the complaint could be mailed to the DGP of the State or Commissioner of Police anonymously to bring guilty behind the bars and setting an example for others” said Dr. Bedi while talking about the stigma associated with a woman reporting an abuse to the Police. If no action is taken against the report then, she could file an RTI or write to Dr. Kiran Bedi on her website.

In her speech, Dr. Bedi proposed to hold “civil Defence camp” for all female students of amity in the grounds on August 1, 2013. She herself would be present to guide all the female students of Amity about self defence techniques and help in making Amity a “Zero tolerance zone” for crimes against women.

Dr. B Shukla- Acting Vice Chancellor, Amity University assured Dr. Kiran Bedi that Amity University would train and teach each and every female student the techniques of Self Defence and spread this movement across the country.

Mr Jagdish Mitra-CEO, CanvasM Technologies & Sr Vice President, Tech Mahindra Limited also encouraged the youth to spread the message of safe and secure India for women through the use of latest technology and software. “Fight Back Mobile App, just with the tap of a button, sends SOS alert with location information to Security Agencies, Police and user’s family” said Mr. Mitra while talking about the “Fight Back” software which is India’s first Mobile App. for women safety, developed by Tech- Mahindra.

During the occasion, volunteers from Child Association India raised awareness about how to prevent and deal with child abuse and crimes against women.

Over 500 students who attended the event were immensely benefitted by the techniques of Self Defence shared during the event and even vowed to raise a voice against crime for their own self and other victims also. 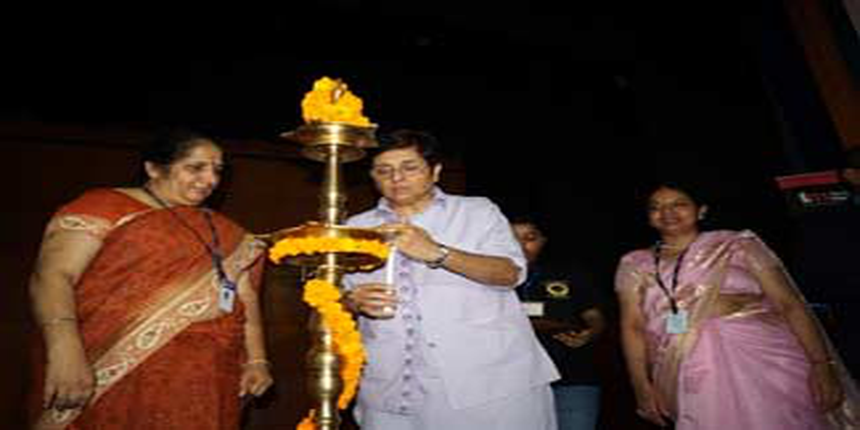 Amity University has started the admission process for the Mas...

Create global perspective amongst students along with inculcat...

Check exclusive interview with Dr Sanjeev Bansal, says we must...

The course fee for BBA Banking and Finance in Amity University, Gurugram, Haryana is Rs. 7,44,000 for 3 years. The students should have minimum 55% in their 12 th standard or equivalent exam from a recognised Board.

For more information about BBA Banking and Finance at Amity University, Gurugram, Haryana go through below link.

Hope this information helped you.

is bba finance spelisation is there in amity university

For more information you can visit the link given below:

after qualifying in Amity university jee you would get Interview call, qualifying candidates will be informed about the date, time and venue of Admission Procedure i.e written test  or Group Discussion or Interview. however Interview questions would based on your application related for example reason to choose b.tech course, why you have opt for mechanical engineering, give some real life example on mechanical engineering application, tell me about your self, family back ground, what is your future goal, why you have selected  amity to pursue the course etc.

hope it would help.

which is better for undergraduation in psychology: Amity Noida or MAHE Manipal?

MAHE is good for mechanical...

As you haven't mentioned that in which subject you want to do BSC so I'm unable to tell you the exact fee structure for your course. According to my research I guess the fees for full 3 years i.e, total fees for BSC would range around 2.87-4.44lakhs.

For more information you can visit to the link mentioned below-

Your Amity Business School, Noida brochure has been successfully mailed to your registered email id .