In the hearing dated April 28, 2015, the Bombay High Court has dismissed the PIL filed by the MAH CET 2015 test takers. The court has also quashed the demand for re-test for the affected candidates. The admission process for the Maharashtra B-schools has restarted.

In the previous hearing dated April 23, 2015, the court had ordered the Maharashtra B-schools to stall the admission process for the academic year 2015-17. A division bench of Justice V M Kanade and Justice M Sonak has asked private B-schools not to go ahead with their admission process. The court had compiled all the petitions on the same issue filed at Nagpur and Aurangabad benches of the High Court and heard the case together. 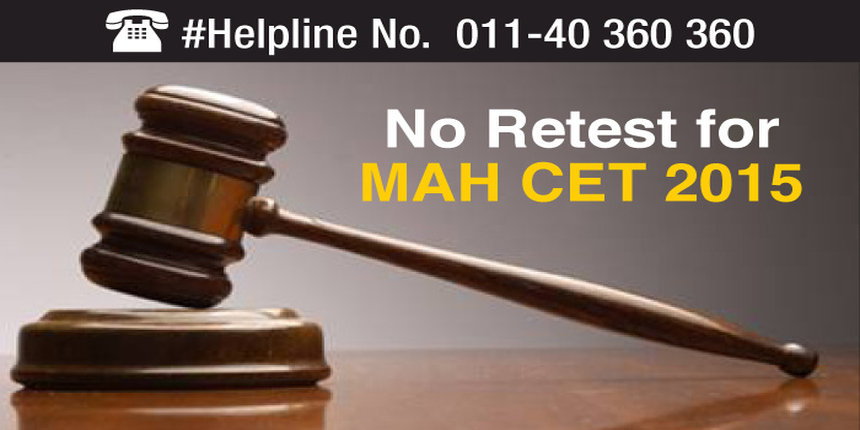 The Maharashtra B-schools have already started the admission process by conducting the GD PI rounds or declaring the final selection list. Although DTE has not declared the schedule or the details about the CAP rounds, it is expected that the process will start from the May, 2015.

While majority of the students are heaving sigh of relief, the petitioners are dissatisfied with the result. The serious MBA aspirants have already granted admission by the B-schools where they had appeared for the GD PI rounds.

MMS aspirants will have to wait till the Counselling rounds are announced by the Directorate of Technical Education (DTE). Owing to the court proceedings, it was apprehended that the CAP rounds might get postponed till June. However, the exact counselling schedule cannot be predicted unless DTE announces it.

Incidentally, Jamnalal Bajaj Institute of Management Studies (JBIMS), the most sought after B-School in Maharashtra which is aimed through MAH CET scores would not be participating in the CAP rounds this year onwards.

The MAH CET 2015 was conducted on March 14 and 15, 2015 which was taken by 57,000 candidates. The test saw several discrepancies such as wrong question, technical glitch, and mismanagement at exam centers among others.

DTE had accepted of having 59 wrong questions across the 4 slots and marked the test takers accordingly. Despite the normalization and equi-percentile scoring method, candidates sensed foul play and filed Public Interest Litigation (PIL) against DTE demanding retest.

Stay tuned to bschool.careers360.com for more news and updates on MAH CET 2015