NMAT by GMAC 2018 Analysis - NMAT has started from October 4, 2018. The 75-day long window exam, conducted by the Graduate Management Admission Council will end on December 17, 2018. According to the experts, this year, the overall difficulty level of NMAT by GMAC and exam structure were similar to that of last year. The difficulty level can be termed as easy to moderate. According to IMS Learning NMAT 2018 analysis, the Data Interpretation area was calculation intensive. As per the analysis by Career Launcher, in the Language Comprehension section, the number of vocabulary questions was significantly lesser than that of last year. On the other hand, the number of analogy questions increased a bit.

Latest : Know your Admission Chances for Colleges based on NMAT - NMAT Pathfinder 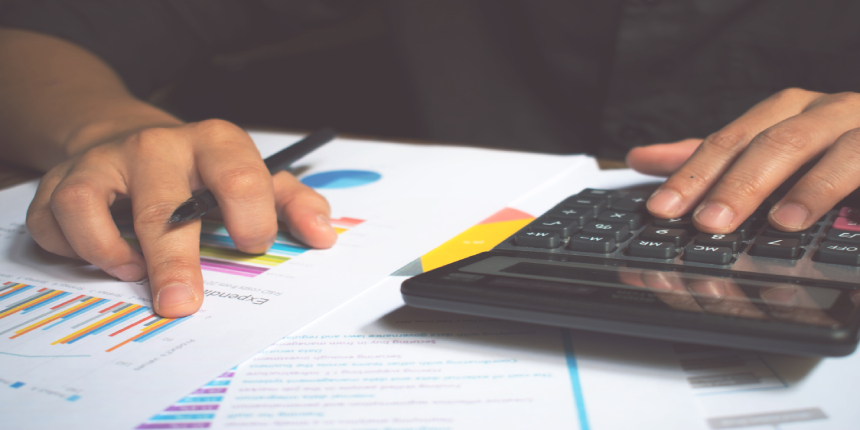 Before moving to the section wise detailed analysis of NMAT 2018, let us take a look at the NMAT exam pattern. The Career Launcher experts have also predicted the number of possible attempts and sectional difficulty level.

Now let us take a look at the section wise NMAT 2018 analysis shared by the experts.

Unlike previous years, there was an absence of vocabulary questions as only three synonym-antonym questions were there. On the other hand, the number of analogy questions increased from one to four. There were two Reading Comprehension passages. Out of eight questions, five were inferential. The other questions were on Parajumbles and grammar, which were also of easy to moderate difficulty level. The overall sectional difficulty level was moderate.

IMS Learning shares the detailed topic wise list along with the difficulty level.

IMS Learning mentions, “While attempting the RC questions, students are advised to drag the slider of the vertical scroll bar to the bottom of the scroll box, attempt the question and then click ‘Next’ to navigate to the next question. In case of the slider not touching the bottom of the scroll box, the test-taker is prompted with a pop-up notification stating ‘Read the entire passage before attempting the question’ resulting in a waste of a precious few seconds. A genuine attempt of about 26 questions with about 85% accuracy will be considered good.”

The difficulty level of this section was easy to moderate. Majority of the questions were from Arithmetic and Number Systems. The Data Sufficiency questions were from Ratio, Percentages and Average topics and were tough and lengthy. On the other hand, Higher Math questions, including topics like Permutation-Combination and Probability were on the easier lines. Career Launcher states, “There were five DI sets which included pie-chart, line graph, mixed graphs, and tables, each containing four questions. Two of these sets were calculation intensive. The remaining three were easy and less calculative.” Experts mention that an attempt of 35 to 38 questions with 85 per cent accuracy can be considered good.

The topic wise summary of the section is given below.

There were 15 questions from Verbal Reasoning. Career Launcher says, “There were eight critical reasoning questions. The paragraphs were short and easy to read. So, the difficulty level was moderate. The options were not very close. Any student, with a basic understanding of the fundamentals of verbal logic, could have answered these easily. The two decision-making paragraphs required one to use the basics of ethics and integrity. Try to read on the concepts of leadership and responsibility. The syllogism question (only one) was a sitter. There was a question (based on fact and statement) which was basically a syllogism question in disguise. The remaining questions in verbal logic ranged from easy to moderate level of difficulty.”

An attempt of 29 to 32 questions with 90 per cent accuracy would be considered good.

Based on the analysis of day one, Career Launcher has predicted NMAT by GMAC 2018 cutoff to range from 208 to 210 for NMIMS Mumbai.

NMAT by GMAC Updates and Articles

NMAT Mock Test 2020 - To know all the aspects of NMAT mock test such as candidates will also get ...

NMAT Syllabus 2020 - The syllabus for NMAT 2020 exam is divided into three sections upon which th...

NMAT participating institutes 2020 will be announced in September by the authorities. Based on th...

If you would have asked a month earlier, I would have suggested MDI murshidabad & IBS Hyderabad, but for now I'm listing a few Colleges at this score. (Although it's advisable to take a drop if you can afford)

What is the average score required for CMAT, NMAT, CAT etc to apply in LM Thapar School of Management ?

There are many colleges that will accept this score but it depends on what kind od college you want to take or in which city. Also it depends upon the amount you are willing to invest and the return the college gives. Some institutions you might get a call from are Doon business school, VIT, Athena school of business, IES management college,etc.

Annu, The admissions to MBA courses in Doon University, Dehradun occurs through the Management Aptitude Test (MAT) and not through NMAT. The Management Aptitude Test is conducted 4 times a year and would be conducted on 2 February, 2020. The MBA Course at Doon University is a full-time 2 year course and the admission is based on a valid MAT Score followed by Group Discussion and Personal Interview (GD and PI).

If you want to know more about MBA at Doon University, Dehradun, you can visit this link

View All Questions
Have a question related to NMAT by GMAC ?