With the declaration of MAH CET 2015 result, the Directorate of Technical Education has released the analysis of the result. Out of around 62,000 registrations, 57, 224 candidates took the test. The MAH CET result carries scores obtained by the candidates out of the total marks of 200. 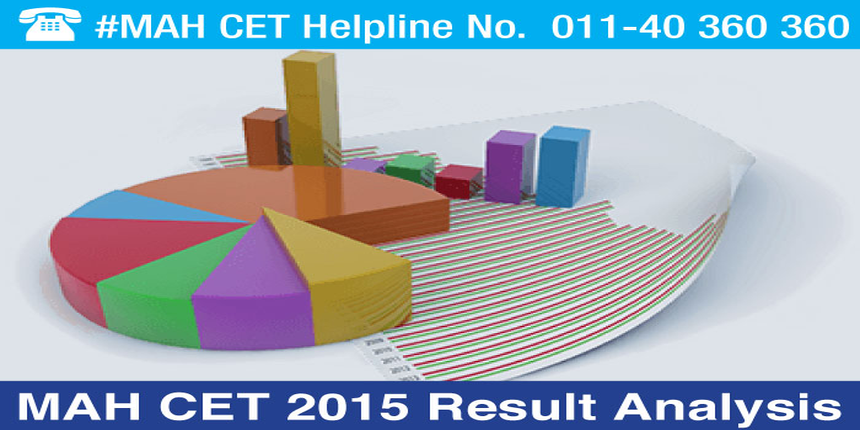 The highest marks scored by the candidates is 170. Compared to last year, the top score has improved. Last year, the highest score was 158. Also, the total number of test takers was 49,276.

Explaining the scoring process, DTE mentions, “The result of the candidates is processed on the basis of standard equi-percentile method by referring the scores of the candidates appeared for the CET on 14th March 2015 in session 2 (Batch II). The percentiles are computed up to 3 decimal places. If the percentile could not mapped in such cases linear interpolation method is adopted.”

The next step is to calculate the percentile of the batch. The test takers are divided into batches such as Batch I, Batch II, Batch III and Batch IV. The formula which has been exercised for the percentile calculation is given below:

The formula for calculating the interpolation is as follows:

X = Percentile of the Candidate of the respective Batch