Institute of Management Technology (IMT), Ghaziabad on February 6, 2019 announced that its alumna Ms. Mamta Saikia is one of 33 business school graduates honoured by AACSB International (AACSB)—the world’s largest business education alliance. She has been honoured as the “2019 Class of Influential Leaders”. The annual challenge recognizes notable alumni from AACSB-accredited schools whose inspiring work serves as a model for the next generation of business leaders. 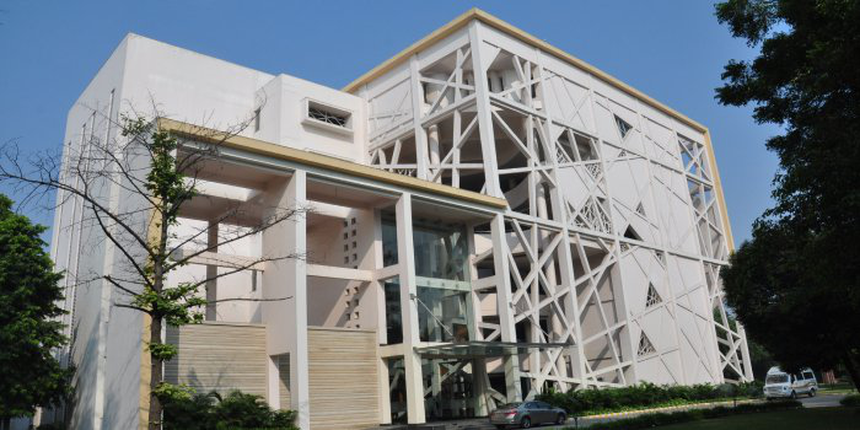 Mamta was nominated by IMT Ghaziabad for her distinguished work in the area of social development. She currently serves as Chief Operating Officer, Bharti Foundation, providing direct strategic and operational leadership to the education programs run by the Foundation in the rural areas across India.

Prior to joining Bharti Foundation, Mamta steered CRY’s operations under various prestigious positions. She has also served as the Chairperson of SAFRG and has been on the Board of Resource Alliance, a UK-based organization working globally in the area of capacity building. In the year 2015-16, Mamta was among the 100 Women Achievers of India under an initiative by the Ministry of Women & Child Development. Moreover, she has also been awarded the Karmaveer Puraskaar: National Citizen Awards for Social Justice & Action.

Speaking on the occasion Prof. Asish K Bhattacharyya, Director, IMT, Ghaziabad said “We are proud of Ms. Mamta Saikia. It is a very prestigious award. It is a global recognition for Ms. Saikia and IMTG. IMT Ghaziabad stands out as a business school which grooms budding managers and entrepreneurs to enable them to pursue a career of their choice and be successful”.

She has been also inducted as an Honorary Member of the Beta Gamma Sigma Society: an international society that recognizes path-breaking work being done by MBA graduates across the world.

“AACSB is honored to recognize Mamta Saikia and applauds her achievements, ” said Thomas R. Robinson, president and CEO of AACSB. “The diversity of backgrounds, industries, and career paths of the 2019 Class of Influential Leaders demonstrates that AACSB-accredited schools are preparing graduates to succeed wherever their passions may take them.”

Now in its fourth year, the Influential Leaders challenge has recognized almost 200 B-school graduates for creating lasting impact in business and society. All honorees have earned an undergraduate, graduate, or doctoral degree from one of the more than 800 AACSB-accredited business schools worldwide.

Institute of Management Technology has released the applicatio...

IMT Alumni Shine Their Way To the Corporate World

Is PGDM from IMT gaziabad (Via distance mode) certificate eligible for appearing in UGC NET?

As you had done a distance certificate course of PGDM from IMT so you are not eligible for net exam on its basis.

Onlyits full time 2 years PGDM has MBA equivalence. To clear NET you need to have MBA or any masters degree or equivalent (in case of management education, AIU decides equivalence). IMT CDL is just a diploma and useful for gaining knowledge only. It does not have any academic or corporate value. IMT's full time PGDM has lot of corporate and academic value in contrary.

So it will be better if you do a degree course in masters like full time or part time mba from either IMT or any recognized university.

Hope this will help you out.

IIM Bodh Gaya is among the new IIMs of India while Institute of Management Technology, Ghaziabad is one of the oldest management institutes. Both the IIM BG and IMT Ghaziabad have renowned faculties. IMT Ghaziabad has excellent placement record consistently while IIM Bodh Gaya has not yet reached any benchmark like IMT. Last year, the highest International offer was of INR 58.22 lacs while the highest domestic offer was INR 34 lacs. The overall average package was around INR 13.7 lacs by top companies like Deloitte, Accenture, Barclays, Capgemini, Aditya Birla Capital, Dell etc. Apart from the branding of IIMs, if you go through the placement records and alumni base, then IMT Ghaziabad would be great.
Read More
Answer

which is better to join imt hyd or ipe hyd?

Talking about the reviews by students and experts then the IMT Hyderabad has good reviews and ratings than that of the IPE Hyderabd.

Discussing about the placements of IMT Hyderabad then, various well renowned companies like Deloitte, Essar, Zomato, Amazon, Arcesium, CBRE, Ultratech, HDFC Bank, Capital First, Blue Star and many more visit its campus for recruitment. The institute has bonding with many international associations like Charles Darwin University, Australia, Macquarie University, Australia, Waterford Institute of Technology, Ireland and many more. The placement percentage of this institute is 45%. The average salary offered is INR 7 Lakhs per annum.

Discussing about the placements of IPE Hyderabad, then, various well renowned companies like ICICI Security, Idea, Ignis Careers, Med Plus, Godrej, Kotak, Axis Bank, Indusland Bank, Mobis, Oracle and many more visit its campus for recruitment. The placement percentage of this institute is 50%.

So, overall discussing, IMT Hyderabad is better than IPE Hyderabad.

should i join IMT ghaziabad with a job in hand.

IMT GHaziabad is a good institute for management however, if you have job in hand and that job is a role which is in a core sector of your graduation, then I suggest you should go and do job at least for a year. An MBA without work-ex is not a good decision as the second year of MBA is all about those students who have some work ex before.

But if the job you have is not a good job but a BPO/Call center/non-core job then you can consider joining IMT.

You really have good percentile in entrance exams which is a positive point but the boards marks are not so impressive. Many candidates will be applying IMT Ghaziabad and they will definitely select the ones who have good academic records as well as experienced. It seems that you have average chance at IMT Ghaziabad. You further don't have the advantage of a optimal work experience. Do keep a track of the wait-list movements also. All the best!

Your IMT Ghaziabad brochure has been successfully mailed to your registered email id .