IIM Sambalpur Cutoff 2023 - Indian Institute of Management (IIM) Sambalpur will release the cutoff for MBA admission 2023-25. The IIM Sambalpur final cutoff will be made available on the official website of the institute. There will be a separate cutoff for each category such as cutoff for general candidates, cutoff for OBC, cutoff or SC,ST, etc. Candidates who seek admission have to clear the cutoff in their respective category. Selected candidates will be called for next rounds which are GD and PI. Final selection will be made based on the performance of candidates in all rounds including the academic performance. 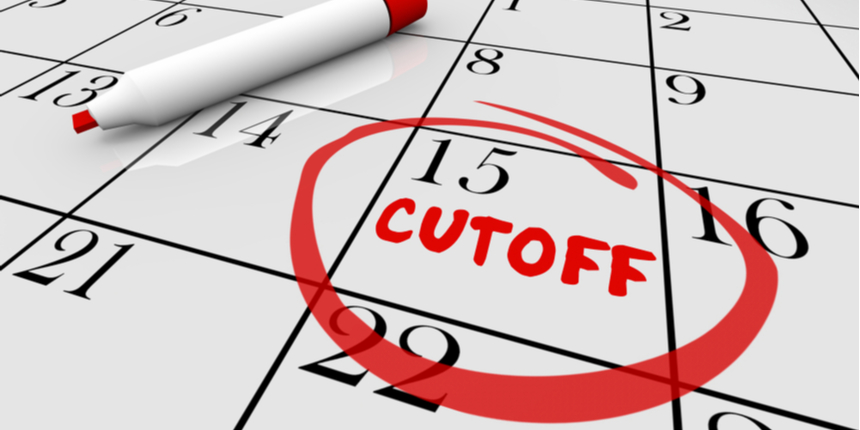 After the declaration of IIM Sambalpur Cutoff for 2023 admission, the IIM will start the selection process may include Written Ability Test (WAT) and Personal Interview (PI) round. IIM Sambalpur will shortlist candidates for PI and WAT based on CAT 2022 score, work experience, candidate’s academic qualification, gender diversity etc. The final selection of candidates for admission to Masters of Business Administration (MBA) will be made on the basis of composite scores in all rounds. Read the full article by Careers360 to know all about IIM Sambalpur cutoff 2023, previous year IIM Sambalpur cutoff, selection process etc.

While preparing the IIM Sambalpur 2023 cutoff, the following parameters are taken into consideration:

Candidates can check the past year's IIM Sambalpur cutoff so that they get an idea as to what percentile they would have to score to be able to get a call from the institute for the next round of admission process.

A significant drop was seen in IIM Sambalpur cutoff for those who belong to the General category as compared to 2015. It went down from 96.30 to 90. Apart from that, slight changes were also observed in the cutoff for other categories.

Till 2014, CAT question paper had only two sections i.e. QA & DI and VA & LR. On the basis of those two sections, the cutoff was determined. Check the sectional and overall IIM Sambalpur 2015 cutoff.

IIM Sambalpur will follow the following parameters to shortlist the candidates for the final admission process.

Question: What is the cutoff range of newer IIMs?

CAT Cutoff range of newer IIMs will be 90-95 percentile for those who belong to General category.

Question: Are the IIM Cutoffs the same for every student?

No, the CAT cutoff varies to each other. Generally candidates belonging to reserved category are lower than those belonging to General category.

IIM Sambalpur is innovating management education with smart to...

how much cost of your course fees ?

Please mention the name of course and institute in your question.

The academic fee for Post Graduate Programme in Management of IIM Sambalpur is Rs. 10 Lakhs.

For more information regarding Sambalpur IIM, please follow the below link:

how much cost of your course fees

I request you to mention the name of course and institute in your question.

For 2018-20, IIM Sambalpur fees structure for two-year residential PGPM was Rs.13,03,000, including the refundable deposit and hostel fee. For the upcoming batch, the fee for IIM Sambalpur 2019 PGPM is expected to remain along the same lines as last year, with a chance of minimal rise, if any.

Good job on securing a seat in an IIM because cracking the Wat and PI is a tough job for many aspirants. But looking at your scores suggests me that you are a pretty good student and have a pretty decent academics which can get you a set in any top IIM instead of other colleges, not to degrade the college reputation but it's still a new IIM and with a track record that you have in acadamics suggests that you can do better and get into an top IIM. Still I would ask you that it's on you if you are actually interested to put in another one year effort and aim higher then you should drop this year and prepare for the top. Not to mention a gap of one year would be nothing compared to regret for lifetime.
Read More
Answer

As your academic results are a bit below average I am not degrading you but it might make it a bit difficult for you to get through the IIM selection process . But it is worth giving a shot for the better you. You can enhance your communication skills in english build up a strong profile and have a good work experience which would make you a better candidate and might get you a very good IIM for persuing your master's . You can visit this link to clear all your doubts regarding the admissions to IIM's / entrance /procedure -https://bschool.careers360.com/exams/cat

what is the major required for M.B.A?

The requirements are graduation with minimum 50% , a good communication skills  for growth and a good cat marks to score and if you have work experience its great .. thats all

Your IIM Sambalpur brochure has been successfully mailed to your registered email id .